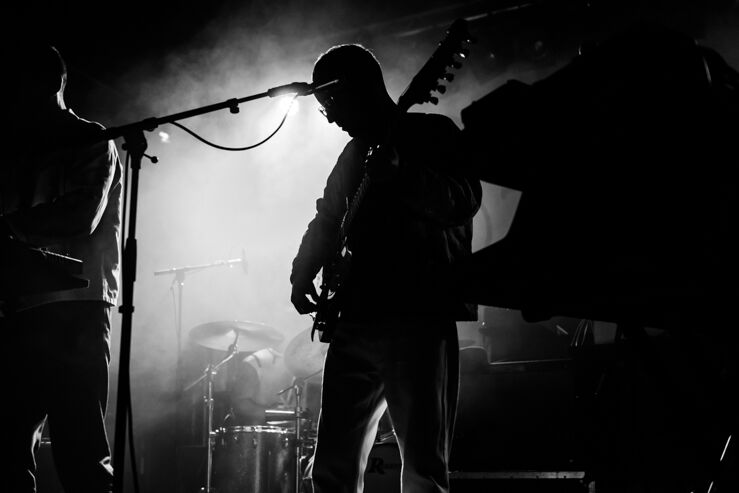 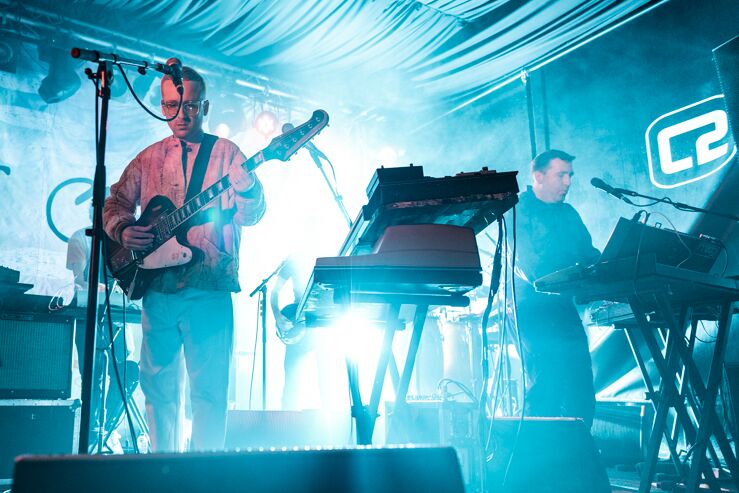 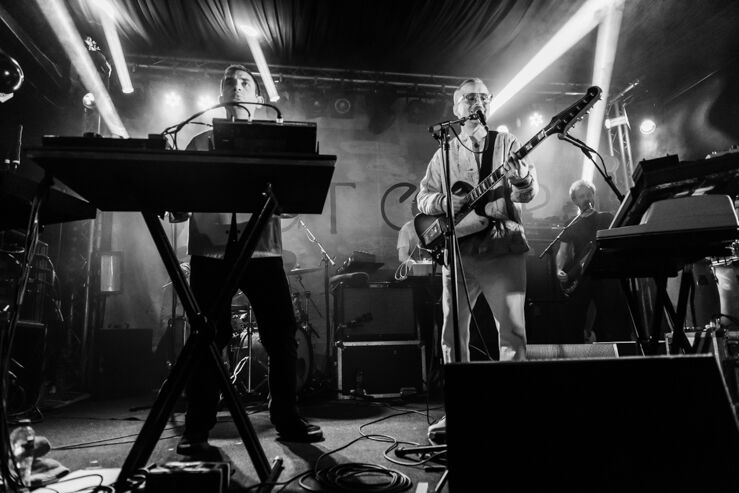 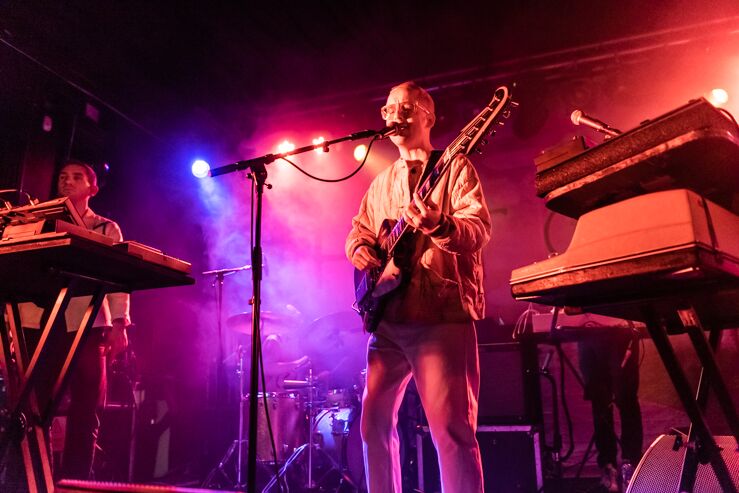 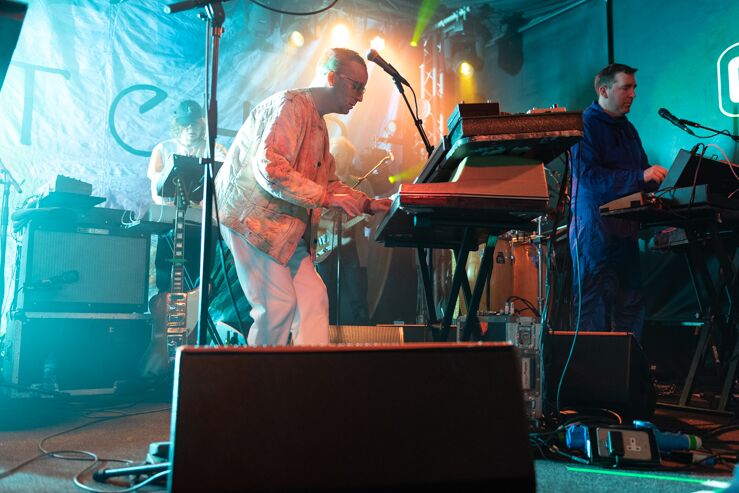 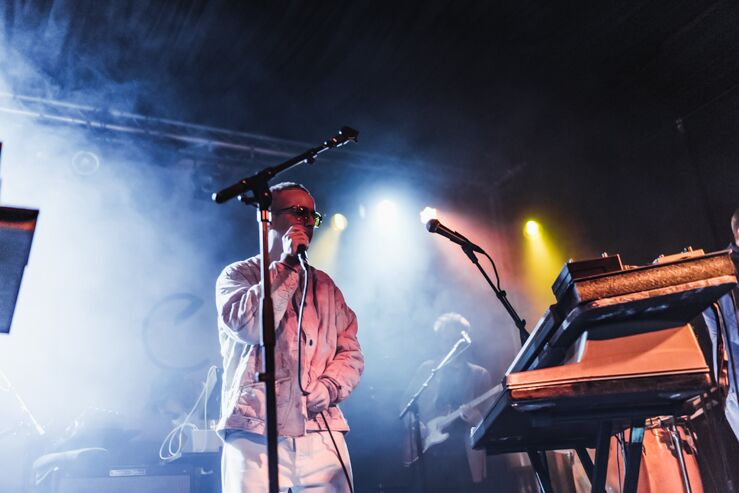 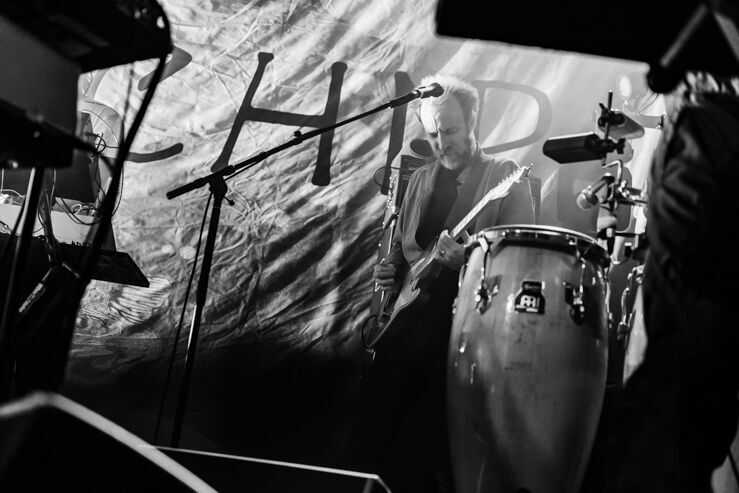 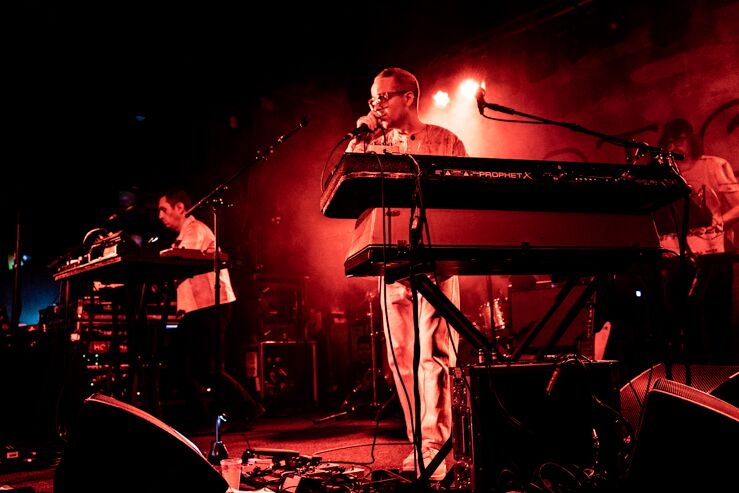 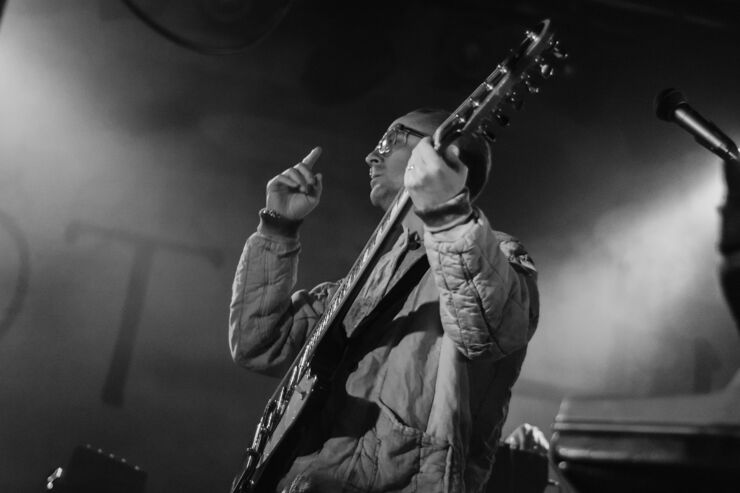 ‘Hungry Child’, Hot Chip’s new single, has the kind of lyrics that might make for unpromising reading upon first glance. Talk of unendurable pain and unrequited longing rarely bodes for stone-cold bangers, much less among listeners not prone to lighters-up moments.

So it is a measure of the ear for rhythm and tone of this dexterously gifted band, led by multi-instrumentalist Alexis Taylor and chief singer-songwriter Joe Goddard, who has achieved similar success with The 2 Bears, that they can encrypt moving, melancholic messages within a brimming catalogue of records based around hopeful, often downright dirty disco.

Their current tour, for which tickets are at a premium, has the feel of a prologue to a new chapter: they have not been on a standalone tour since 2016, and their last full album came out in 2015. That record, ‘Why Make Sense?’, added to their well-established critical credibility and reputation for uplifting, expansive inventiveness. So this warm-up ahead of a world tour is a pleasing return, and the sense of anticipation is tangible.

The dynamic of a club, rather than the fields and arenas Hot Chip have become used to filling, produces a more intense dynamic and brings the ambition and cohesion of their craft into sharper focus. Taylor and Goddard are lucid figureheads, but they lead a band of seven, and at times the musicianship appears so effortlessly tight that it seems to verge on parodying what a band can be.

Hot Chip’s default is electronic, but you get the impression they could switch their hand to any style and still sound innovative. At one juncture, they produce an affectionate, hilarious take on the Beastie Boys’ Sabotage under a crash of lightning strike lights, with the usually coiled Taylor juddering back and forth, piercing echoey vocals into the microphone.

It’s punkish, bringing about the surge of a warehouse rave, while the rest of the band contort around him, briefly breaking ferociously loose of their usual clever poise. Visually, too, Hot Chip have range. ‘Why Make Sense?’ used an algorithm created by artist Nick Relph to alter the minimal colours of each album cover, and they have previously set their music to the words of David Shrigley. New LP ‘Bath Full of Ecstasy’, meanwhile, features a typeface by graphic designer Fraser Muggeridge combined with colours by former Turner Prize-winner Jeremy Deller. On stage, beyond Taylor’s fresh-from-the-easel workwear, they veer between being bouncy ringleaders and adopting a statuesque stand-off more reminiscent of Kraftwerk. 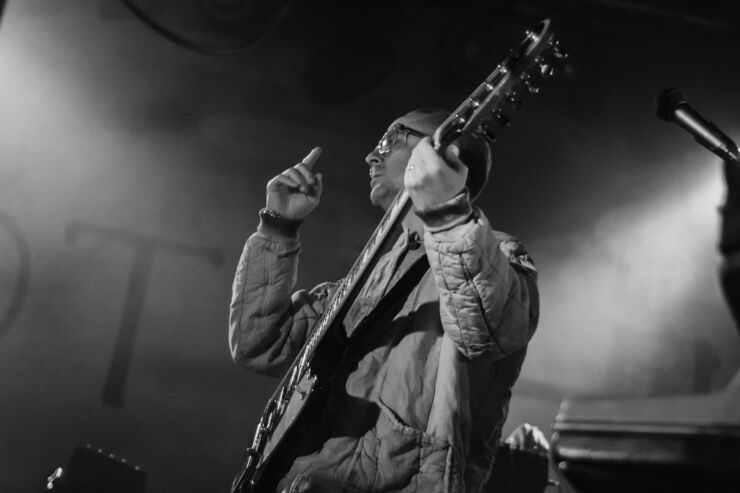 This could all fall flat in the wrong hands. But as much as they clearly take their quality control deathly seriously, there’s a constant pleasurable artfulness and wit about what they do. When they play early hit ‘Ready for the Floor’, which they could conceivably be trotting out by rote on an endless tour that would require none of the experimentation their current approach entails, it passes through various stages, including a funk jam that sees Goddard face-to-face with a window, shaping like part of a shadowy jazz band in which every musician has their fee cut in the event of a missed note, before building into a soaring piece of gospel that sounds like a hymn to coy introversion.

At its heart, without which it would probably never have interested a wider crowd, it’s almost mathematically catchy, and no amount of spacey beeps or lyrical tics can out-weird the eternal attraction that provides.

This is Hot Chip’s superpower: they condense orchestral ambition and complexity into funny, poetic one-liners and daft, insistent earworms that frequently still hit hard. That they can do all this with scarcely a lull makes theirs a rare and rewarding risk.