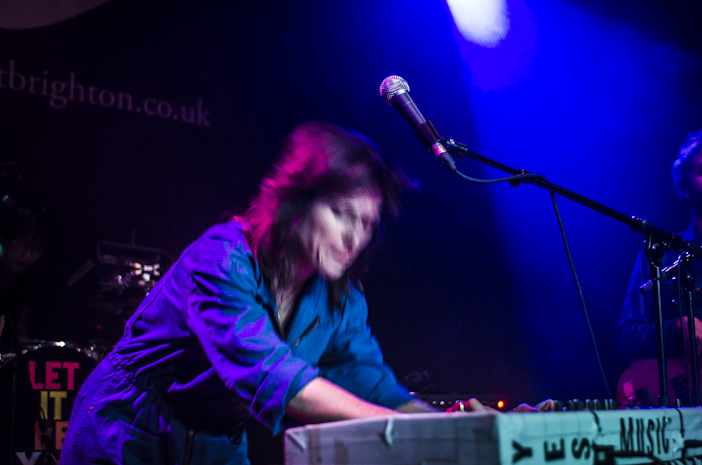 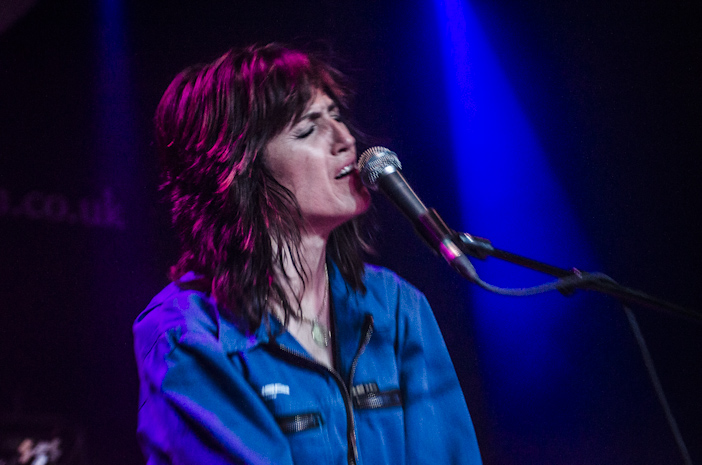 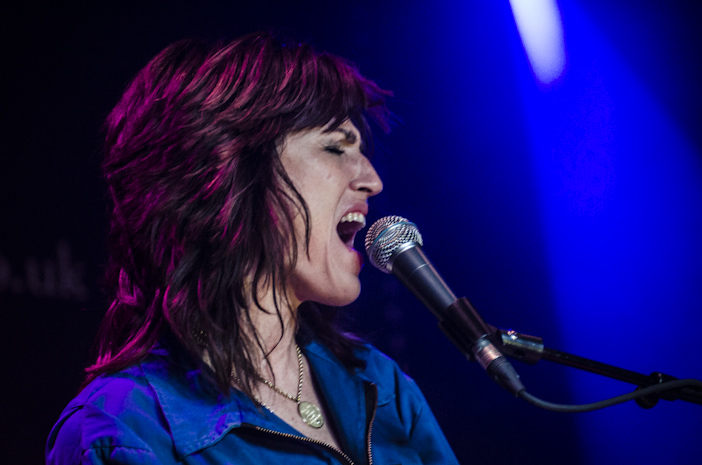 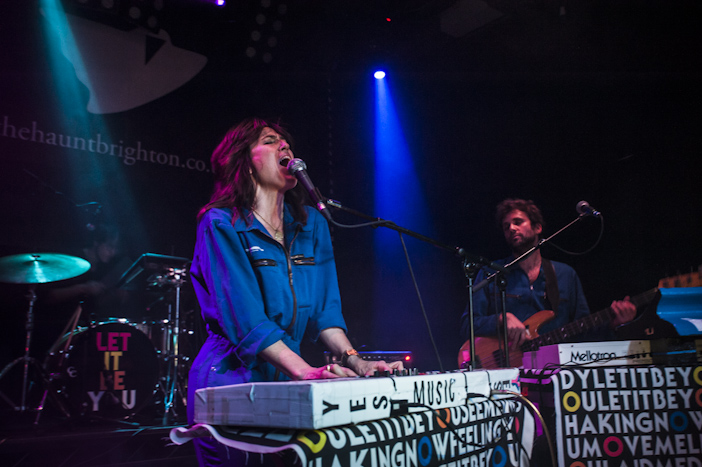 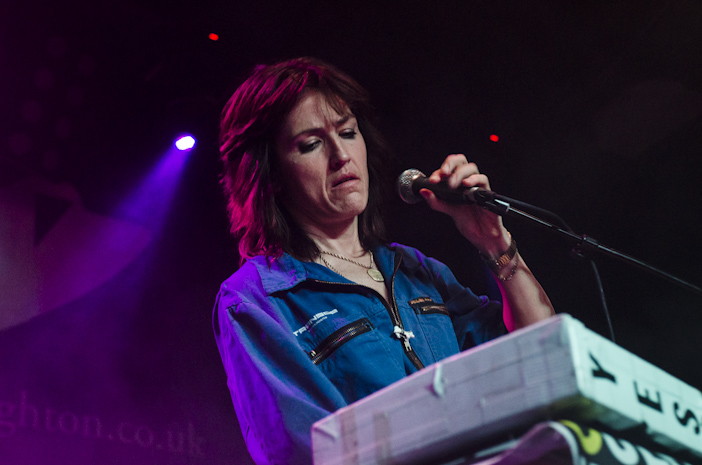 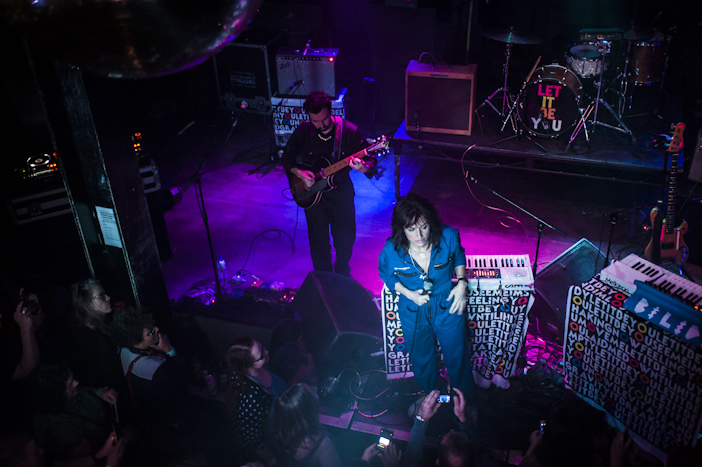 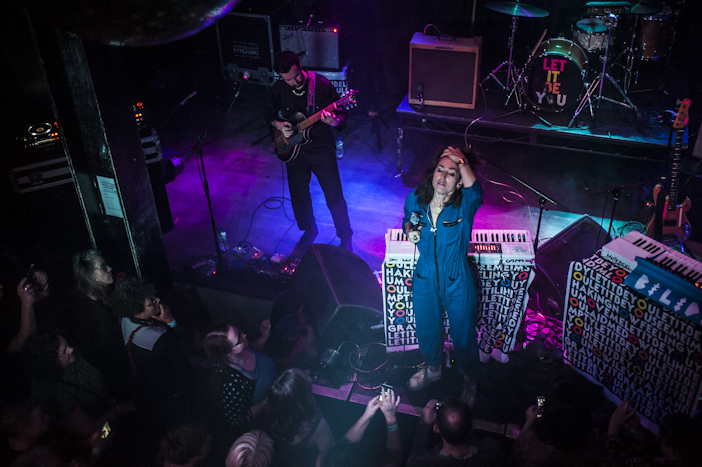 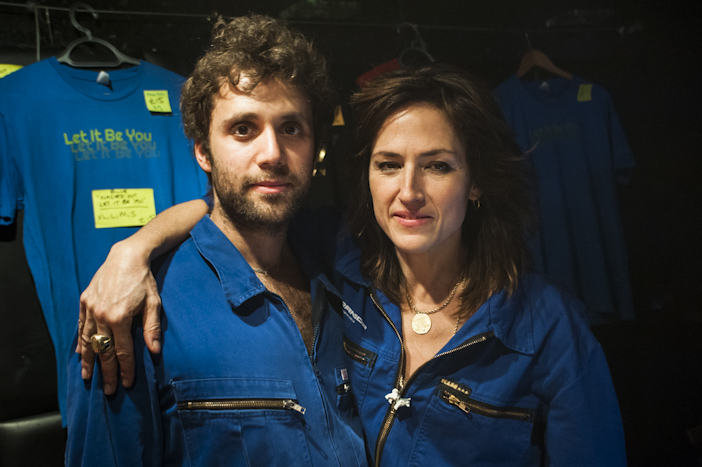 American multi-instrumentalist Joan As Police Woman, real name Joan Wasser, has been deservedly collecting loyal fans and receiving critical acclaim since releasing her own material as a solo artist in the early 2000s. Throughout her solo career she’s been known for an array of collaborations including work with Lou Reed, Elton John and Rufus Wainwright, to name just a few.

Her latest collaboration, resulting in her 5th studio album and the ‘Let It Be You’ tour, is with fellow Brooklyn musician Benjamin Lazar Davis (Cuddle Magic, Bridget Kearney). The show at The Haunt followed the day after they appeared on the 6 Music Live Lounge. Should you have been crazy enough to miss this show, you can view their performance of the title track ‘Let It Be You’ here.

We headed down to The Haunt to get some pictures and soak up the energy.

Francesca Moore’s passion for the performing arts has seen her photographing live stage events for the past ten years; shooting at intimate venues and major stage events for a range of editorial clients, and with the production of limited edition fine art prints. Her personal work stems from interests in people and the environment, where she draws on her scientific background to portray humanitarian, social and environmental issues. She began contributing to the SOURCE after a permanent move from London around the time the magazine was dropped for an online only presence. She’s assured there’s no correlation.
← PREVIOUS POST
Stanford Road Review
NEXT POST →
When Caroline Lucas met Vivienne Westwood