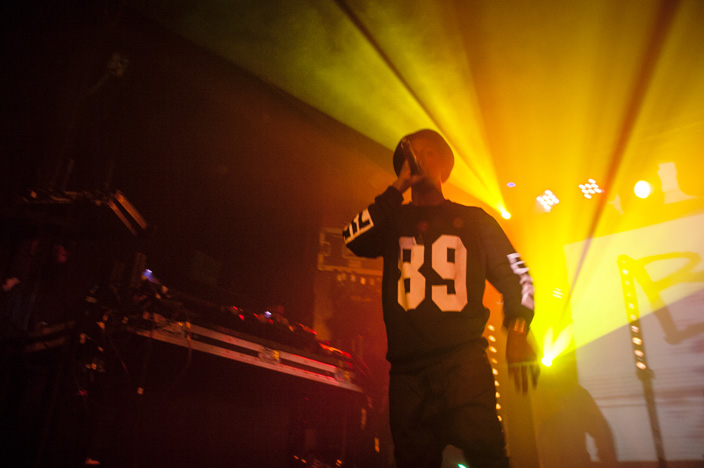 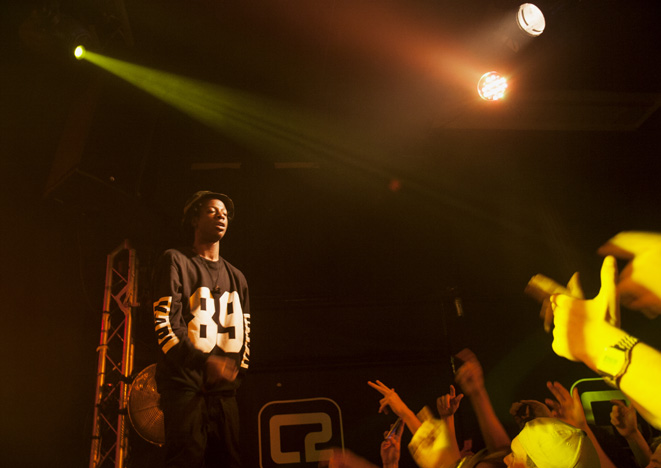 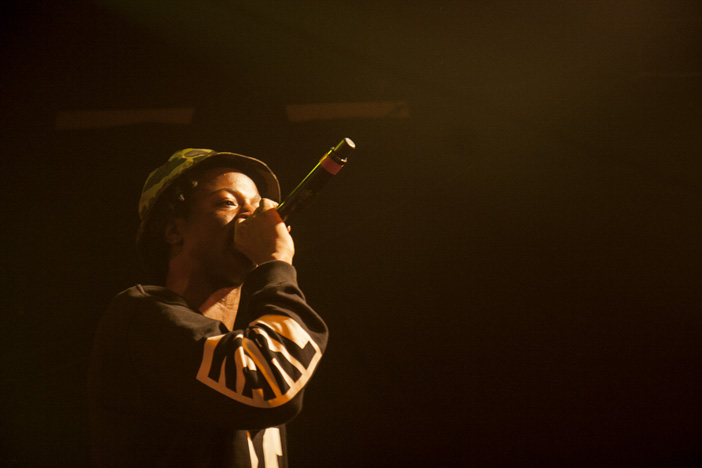 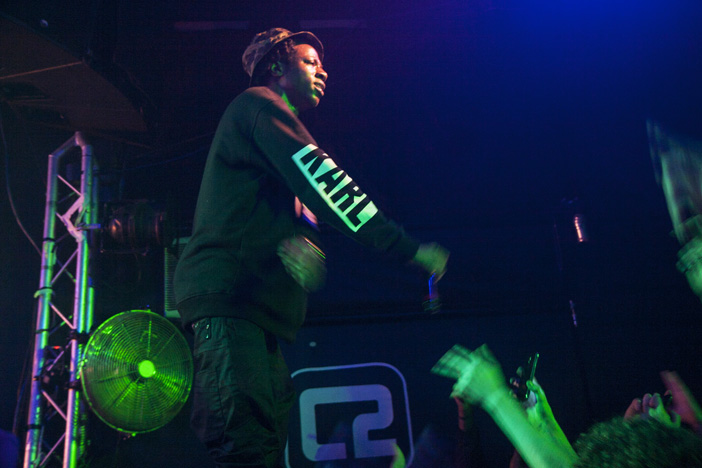 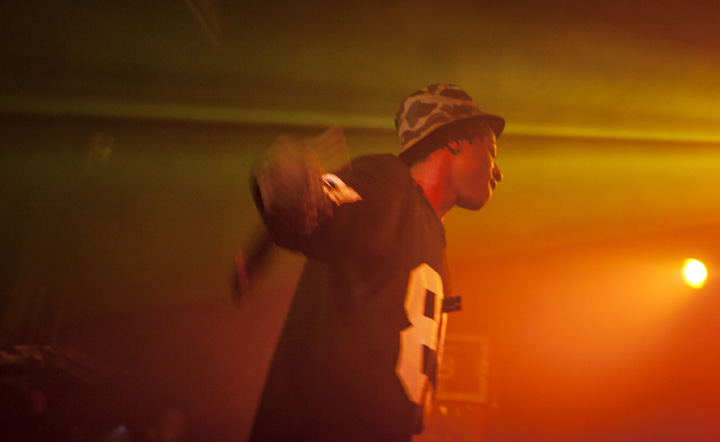 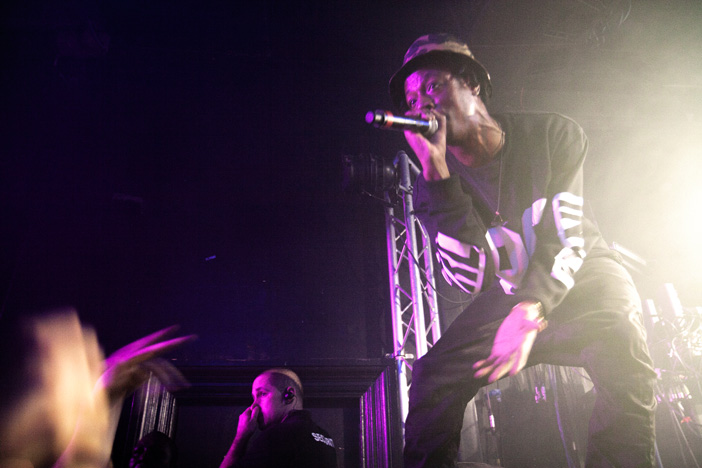 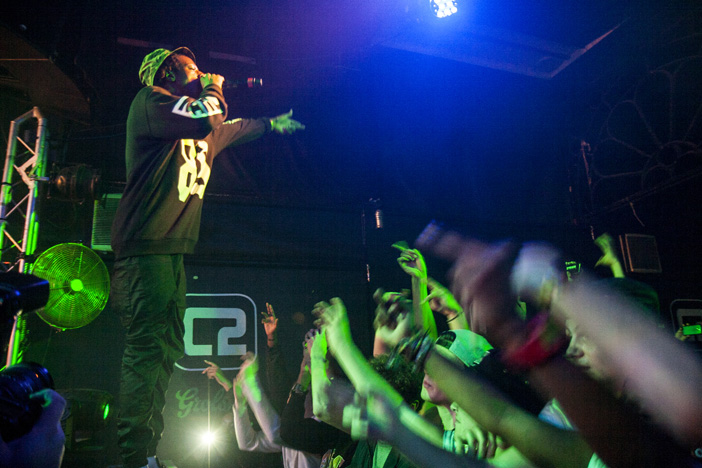 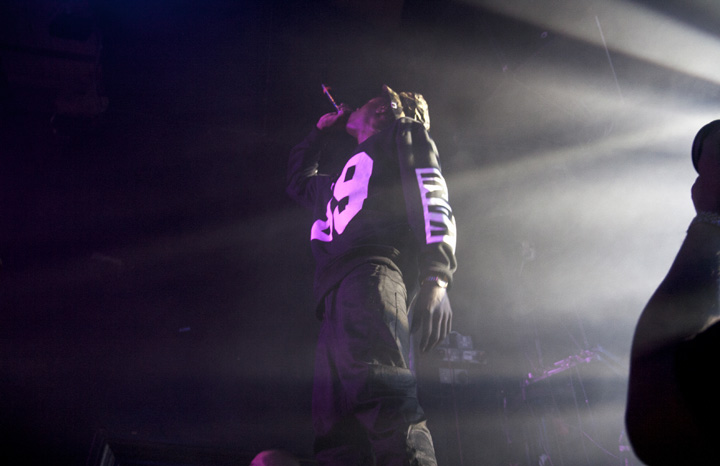 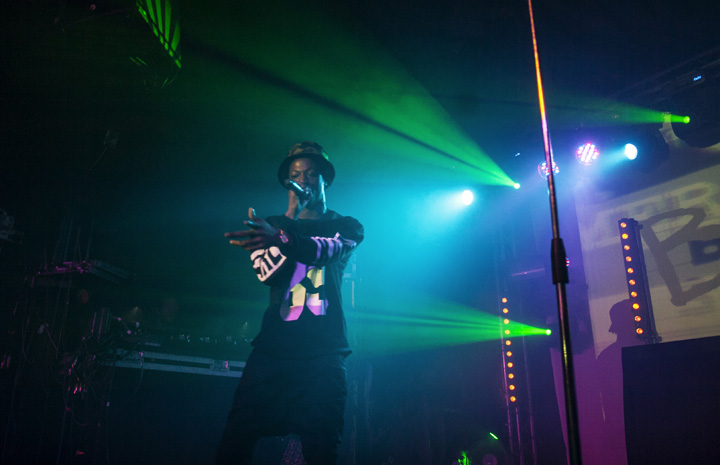 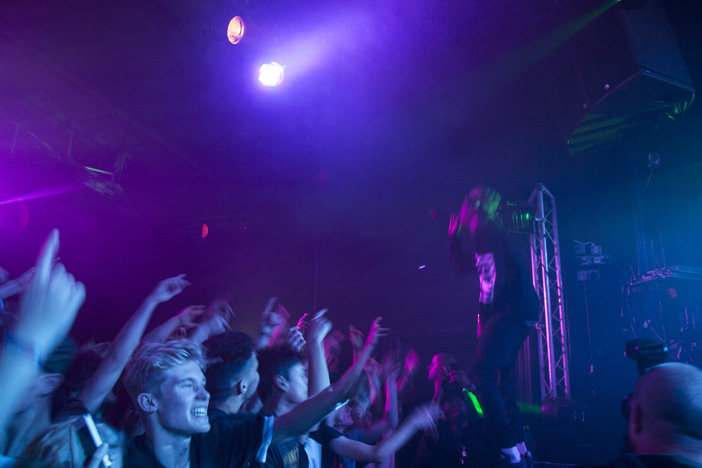 “With the pen in hand they big him up like he Jigga man,” Joey spits in ‘Summer Knights’, the opener from his breakout tape ‘1999’. Joey was 17 when he brought 90s New York boom bap back to the masses. Ten years younger than his hero Jay Z when he released ‘Reasonable Doubt’, he’s aware of the weight of expectations on his shoulders.

Tonight the young rapper plays the third UK show of his massive B4.DA.$$ tour and it’s a sell-out inside Concorde 2. Joined onstage by legendary DJ Statik Selektah, Bada$$ tears into opener ‘95 Til Infinity’ from last year’s ‘Summer Knights’. The crowd bounce up and down raising their hands at the young rapper’s request. “You been waiting for this show for a long time?” the rapper, sporting a camo bucket hat, asks the ecstatic audience. The feeling inside the venue is celebratory.

There’s plenty of reason to party with the surprise announcement that Joey’s major label debut will be released on his birthday the 20th January. “My 1st album on my 20th birthday, this was destiny.” Joey said on Facebook.

Selektah drops the sample from 90s cartoon ‘Pinky And The Brain’ which signals the start of ‘World Domination’. A standout from ‘1999’ it is received with elation. “Who the f*ck passed you the mic and said that you could flow? Point them out b*tch I want to know!” the crowd shout in unison.

Part of the Beast Coast scene along with A$AP Mob, The Underachievers and Flatbush Zombies, Bada$$ and his Pro Era outfit have been the centre of a renaissance period in New York hip hop. Pro Era rhymer and producer Kirk Knight joins Joey for a rousing rendition of M.O.P’s ‘Ante Up’ and then supports him with bars throughout the show.

Breakthrough single ‘Waves’ is delivered with a capella opening lines and a master class in scratching from Selektah. Joey commends the fans for their appreciation and knowledge of his early days. His verse from A$AP Rocky’s cypher ‘1 Train’ also shines along with new song ‘Christ Conscious’ which sees the rapper’s flow skip and dance effortlessly. “Got dragon balls, like my name was Vegeta,” spits Joey over towering bass lines. The track finishes with the Pro Era leader diving off the stage and disappearing into a sea of perspiring bodies.

Almost two years ago Joey’s best friend and Pro Era member, Capital STEEZ, took his own life. It was a shocking and tragic blow to the crew and anybody else that knew of his talents. Tonight the rapper asks the crowd to raise their lighters in the air for a 20 second silence. It’s a heartfelt moment which is followed by the Bada$$/STEEZ collaboration ‘Survival Tactics’. The crowd recall STEEZ’s lines along with the voice track while Joey and Kirk both play hype-men to the spirit of their fallen brother. It’s a fine send off and as Joey gives thanks for his fortunes and salutes the crowd you get the feeling he doesn’t take moments like this for granted.