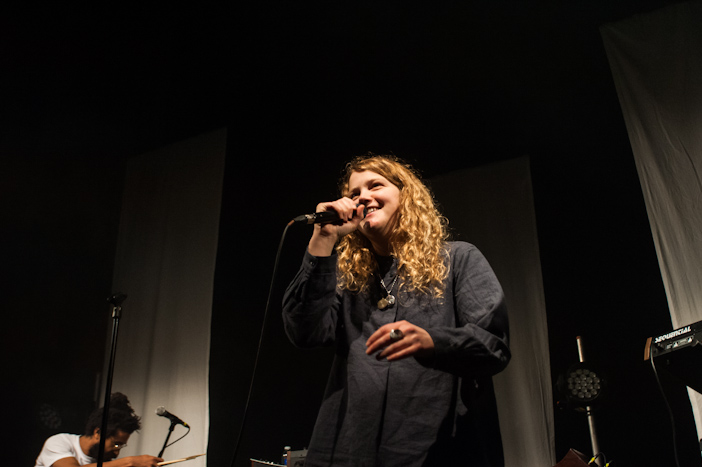 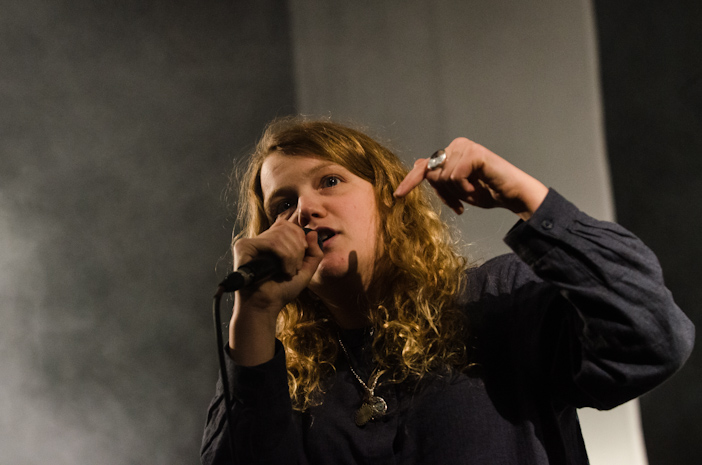 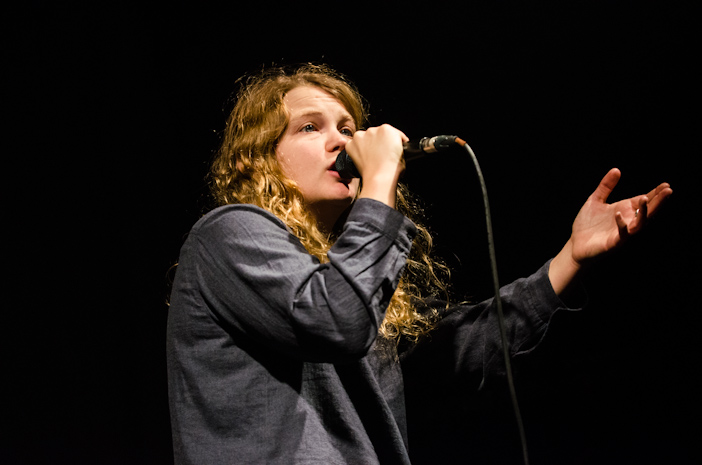 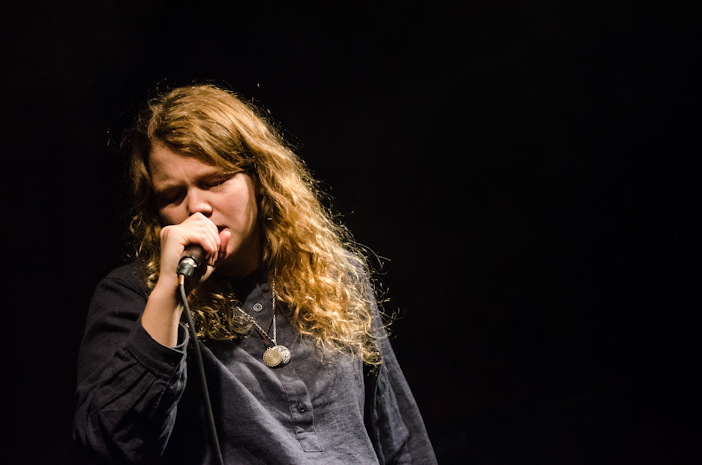 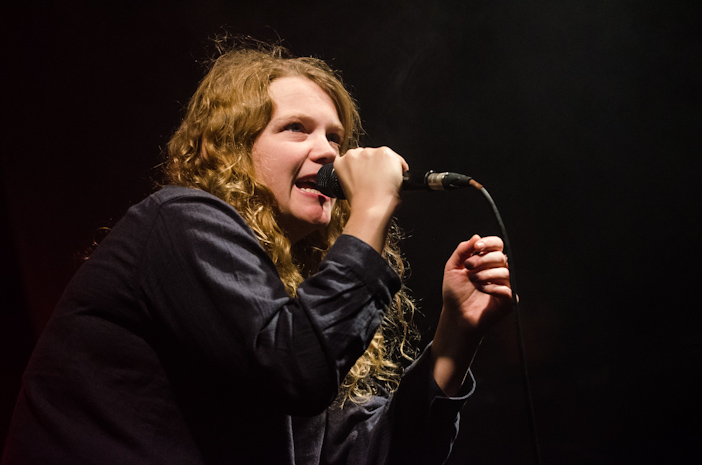 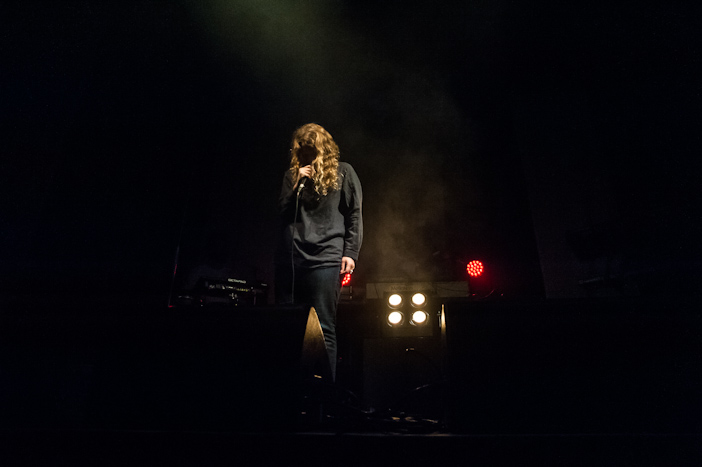 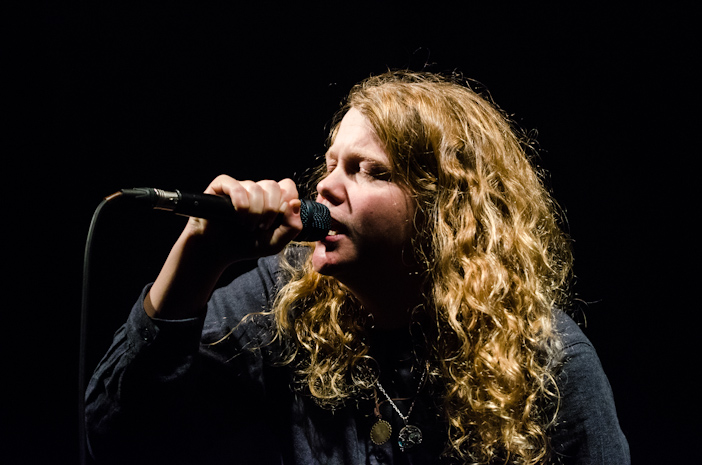 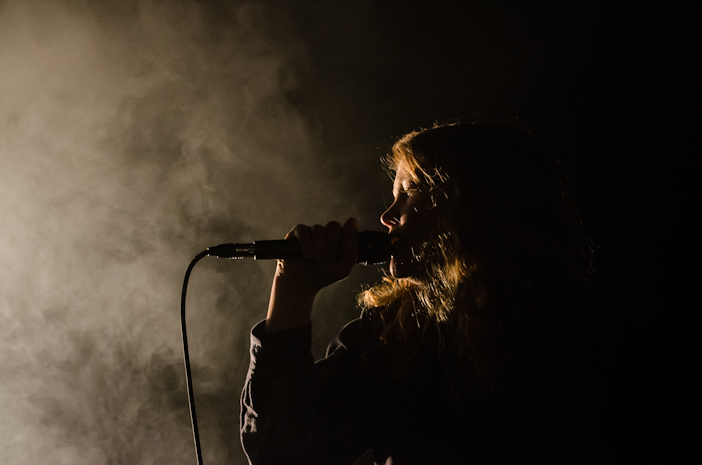 With so many accolades to her name already – Ted Hughes Prize winning poet, Mercury Music Prize nominated songwriter and rapper and Sunday Times bestselling author – you could expect Kate Tempest to be the result of a carefully manufactured product. Yet anyone who’s had the pleasure to read her, hear her or see her perform will know she’s the genuine thing and has more grit and panache than most.

Her witty, wise and heartfelt observations of modern day life in London are almost Chomsky-esque, the sort of thing that people usually only notice when it’s too late. Her commentary on the widening gap between the ruling and the working classes even renders her an artist pertinent for socio-political change.

As Kate joins the stage, she’s quick to take note that it’s important for people to come together, because it helps us to grow, learn from one another and become better people. Talking of “coming together”, she points out, is an irony in the beautiful and serene setting of All Saints Church in Hove.

She’s glad to be in the city – a place that holds special memories for her – and says she’s looking forward to her return next May. This is rewarded with big cheers from a packed audience clearly anticipating good things from her role as guest director of 2017’s Brighton Festival. It’s also a special night for her as her mum and dad have come to see her perform.

Backed by a band who are largely working with electronics, Kate announces that she’ll perform her new studio album ‘Let Them Eat Chaos’ the whole way through “as that’s really the only way to perform it”. LTEC is Kate Tempest’s latest epic poem written for stage performance, and is about the lives of seven different characters all residing in one London street. Before she gets going, Kate pleas with the audience to put their phones away “because the videos will all be shit anyway”, and asks that if anyone’s view is blocked by one of the many towering pillars, they should make way for them to step inside and see the performance.

As soon as the first track starts we’re taken aback by her power and stage presence; she gives a commanding performance that feels uncanny for someone her age. ‘Picture A Vacuum’ is a gradual introduction to this city called London, a place in a world “older than she ever thought she’d get” is a “speck of light in the furthest corner” of an endless vacuum. Her words are poignant and set the scene for what’s to come.

The album is by far her best yet and has brushed aside any notions of her peaking too soon. The backing sounds produced by her band, which includes long-time collaborator Dan Carey, are the perfect accompaniment to her immensely captivating lyricism.

Her song ‘Europe Is Lost’ speaks of the mundane routine of Esther, a care worker, who does nights and is again up at 4:18am swigging a beer to help her sleep. It’s a time that runs throughout the poem, tying together the lives of her not-so-fictional characters. Yet the real message of this song talks of the global and local political crises of 2016 with the lyrics: “Europe is lost, America lost, London lost / Still we are clamouring victory / All that is meaningless rules / We have learned nothing from history”.

It follows with a cry for justice and a little dig at our ruling politicians: “Caught sniffing lines off a prostitute’s prosthetic tits / Now it’s back to the House of Lords with slapped wrists / They abduct kids and fuck the heads of dead pigs / But him in a hoodie with a couple of spliffs / Jail him, he’s the criminal / Jail him, he’s the criminal”.

Kate Tempest’s ability to relay the lives of ordinary Londoners with such ease is her best asset, and such rawness and wisdom, we speculate, must be drawn from direct experience. Her final piece, which she hopes will lift us up before we “go out into the cold streets”, is a glimpse of work for a new album, and it’s a stripped back poetry reading with just producer Dan Carey on the piano.

The evening’s performance is outstanding and for a short moment leaves us speechless. Breathless. We can’t wait for more of what’s to come from this burgeoning genius.

Francesca Moore’s passion for the performing arts has seen her photographing live stage events for the past ten years; shooting at intimate venues and major stage events for a range of editorial clients, and with the production of limited edition fine art prints. Her personal work stems from interests in people and the environment, where she draws on her scientific background to portray humanitarian, social and environmental issues. She began contributing to the SOURCE after a permanent move from London around the time the magazine was dropped for an online only presence. She’s assured there’s no correlation.
← PREVIOUS POST
Roller Derby Special Review
NEXT POST →
People Powered Review
Mailing List
Recent Posts
Website developed in Brighton by Infobo
Copyright © Brighton Source 2009-2020
Kate Tempest Review - Brighton Source