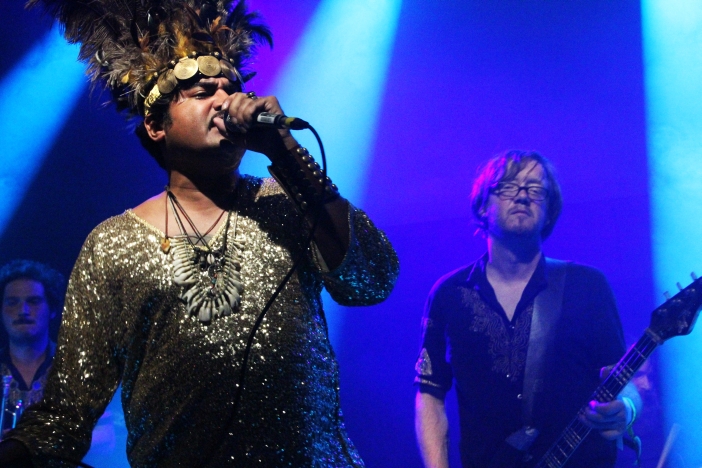 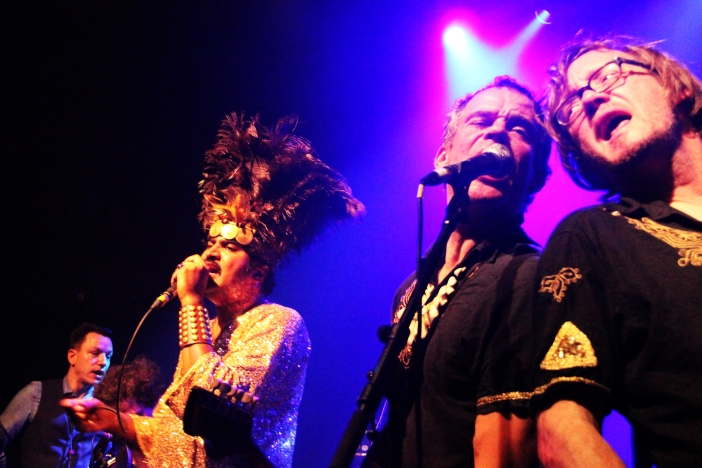 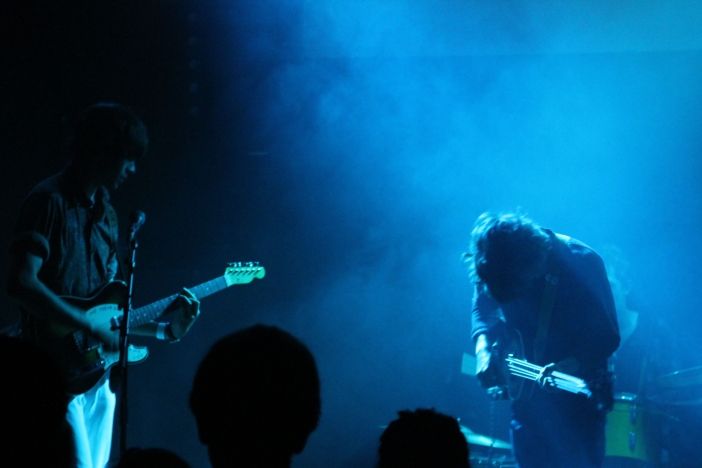 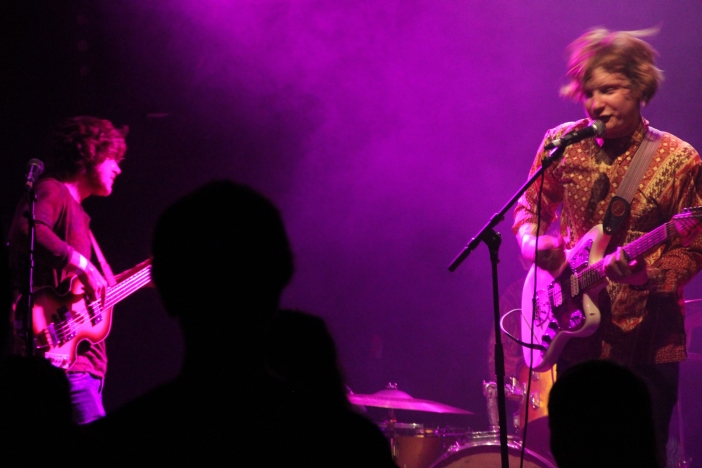 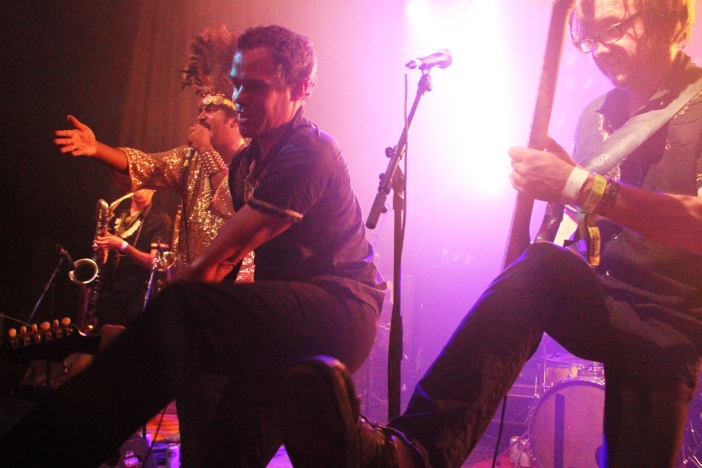 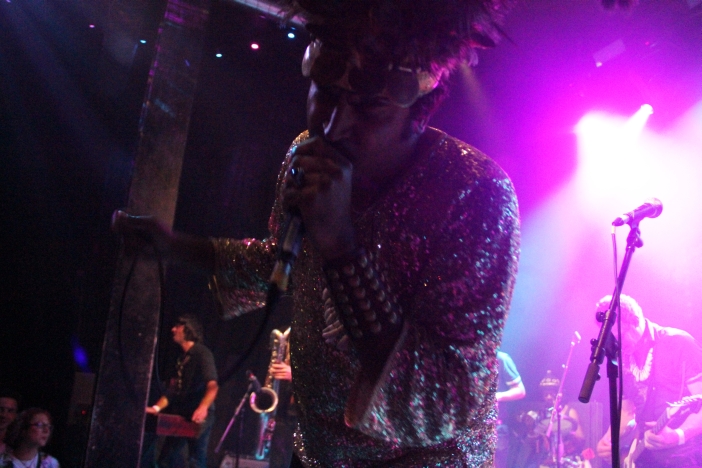 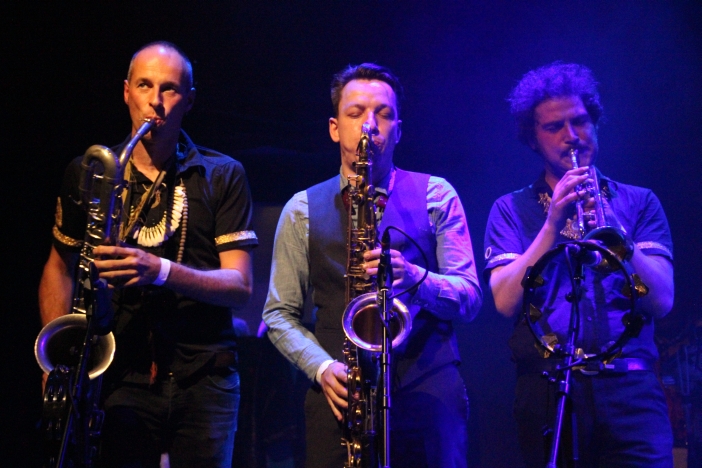 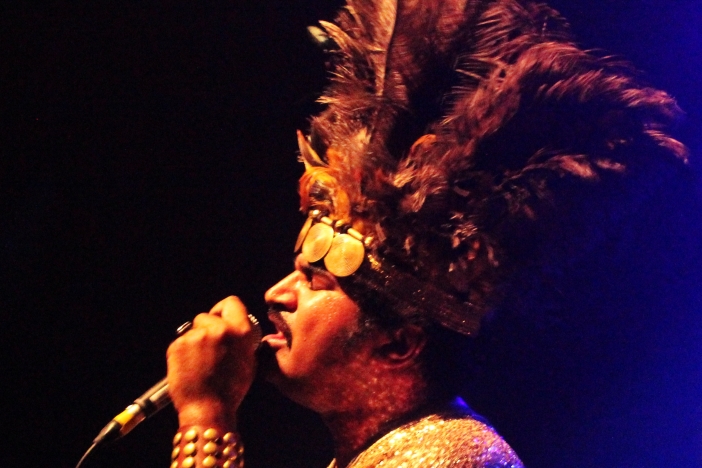 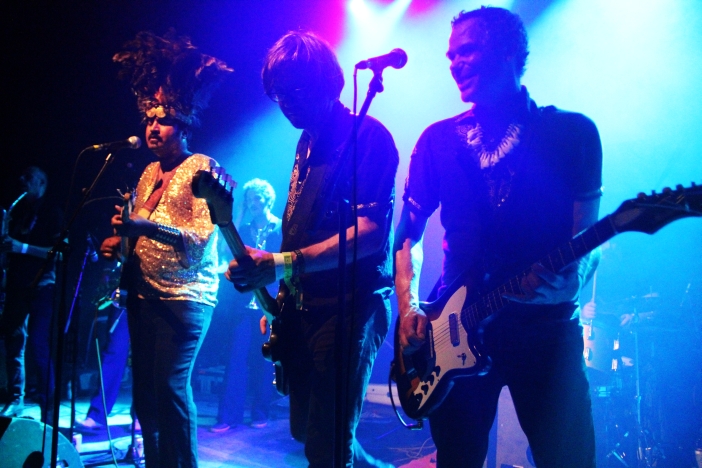 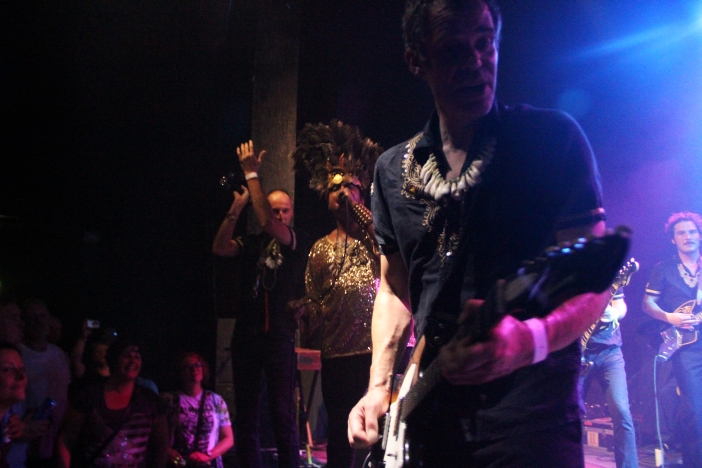 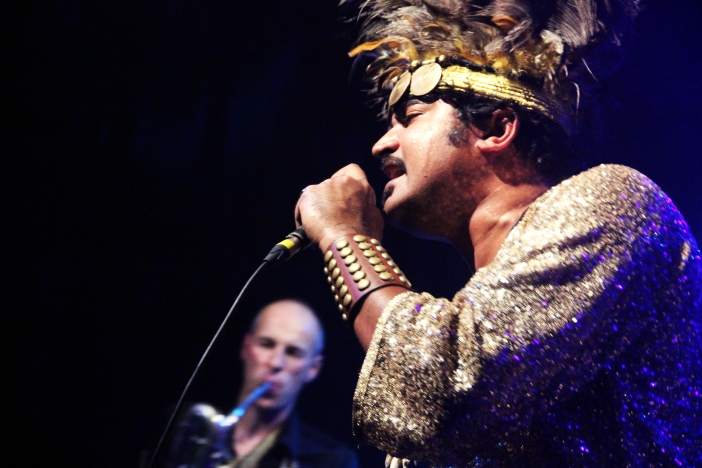 Arriving with a burst of smoke and a fair amount of pomp, the flamboyant King Khan floated across the stage in a headdress looking, for the casual observer, like some mystical entity that had casually teleported into Brighton to grant wishes and cause mischief.

What the audience at the Haunt received, however, was an offering of the mighty Khan’s powerful and resonant voice coupled with the Shrines’ versatile brass band, set against more conventional instruments blasting their way through some of the best offerings of garage rock music in the last decade. With their first album in five years ‘Idle No More’ receiving a warm critical reception, The Shrines (not to be confused with Khan’s other venture: King Khan & The BBQ Band) rode their way through a set with the confidence and excitement of a much newer band.

King Khan’s showmanship was at the very centre of a charismatic performance, his robe billowing and the fluffy purple head feathers bobbing wildly, allowing him to remain visible when he got into the crowd to casually greet the audience.

New songs like ‘Bite My Tongue’ went down just as well as classics such as ‘(How Can I Keep You) Outta Harm’s Way’, ‘Land Of The Freak’ and ’69 Faces Of Love’. All were given the garage rock treatment, adding an extra layer of aggression and bite that’s absent from the recorded versions.

On the back of a great album and a great performance, Khan looks set to continue on his mystical way with constant collaborations and albums seemingly always in the pipeline. Expect to see him in Brighton again soon, be it in one incarnation or another.

Sometimes an article is a bit of a team effort, and those are tagged SOURCE Writers. If you’d like to be part of that team, hit the Contact link at the top and get your work on this website.
← PREVIOUS POST
The Level Skatepark Photos
NEXT POST →
Playgroup Review
Mailing List
Recent Posts
Website developed in Brighton by Infobo
Copyright © Brighton Source 2009-2021
King Khan Review - Brighton Source