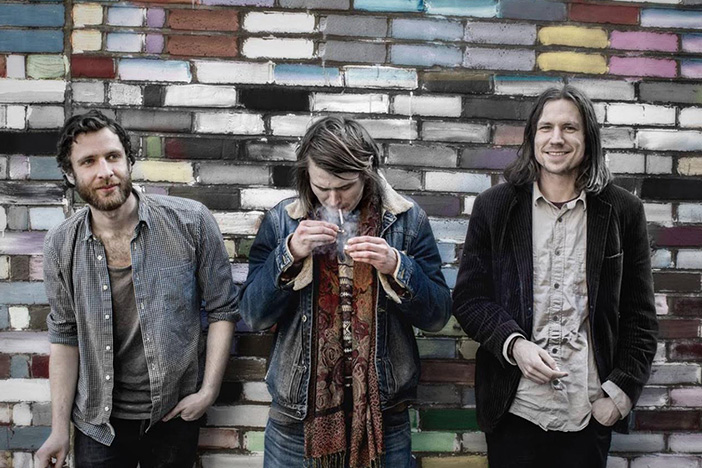 The Great Escape has been and gone, but it hasn’t stopped anyone in Brighton pumping out new music. June’s round-up of new Brighton releases includes tracks from Monoman, Sweetmates, The Modes, This Party, Cold Pumas, Common Tongues, Paperboy, and MarthaGunn.

Electronic producer Monoman has teamed up with vocal talent, Aimee Montague, for ‘More Than You Know’. The track is downtempo in nature, with heavy R&B influences, and heartfelt lyrics. Monoman’s EP launch is at Sticky Mike’s Frog Bar on Friday 24th June.

Sweetmates are an indie dance duo from Brighton who have so far supported the likes of Little Boots, Summer Camp, and High Tyde. Not bad for two Brightonians making music they describe as “disco turd”. Their most recent single ‘I Don’t Dream’ is a danceable number, so they should go down well at Wild Life Festival this month.

Meet The Modes, two well-established Brighton musicians making creating scratchy and alternative rock seemingly on the spur of the moment. Having previously played in jazz bands it makes sense that the duo do a lot of improv sets, using single note rock riffs and light string synth drones to heighten the experience. This is a live recording from a month back, but we have no idea what the track title means – we only know that we like it.

This Party like to create muffled rock ballads that taste super sweet, fusing sharp basslines with instant melodies and catchy pop sensibilities. You can catch the quartet at the Green Door Store on Thursday 9th June for the single launch party.

Despite a new line-up and an expanded sound, the BBC 6 favourites have lost none of their relentless post-punk drive on this, the single from their forthcoming second album, ‘The Hanging Valley’. The erstwhile Brighton boys have all but decamped to London, but we’re happy to let them keep their local status. In any case, they’re back in town playing The Hope & Ruin on Friday 17th June.

Despite their folk roots, Common Tongues (pictured) have branched out to experiment with effects and textures on new track ‘It Doesn’t Last Forever’, whilst maintaining the poetic bent of their lyrics. The track was produced by Gavin Monaghan (Robert Plant, Kings Of Leon, Paolo Nutini), and will be followed by a debut record, scheduled for release early September 2016.

Paperboy
‘In The Morning’ (Paperboy)

Paperboy have been causing quite a stir in the South of England and beyond. They recently won some studio time in London’s Air Studio, and the result is ‘In The Morning’, an easygoing reggae number with tight production and sway-inducing tendencies.

MarthaGunn mix classic folk melodies with a kind of power pop backing and sublime vocals, provided by frontwoman and ‘priestess’, Abi Woodman. Though the band have now been picked up by Communion, this single was released by Blood Red Shoes’ Jazz Life label. To celebrate, they’re holding a launch party at The Joker on Thursday 16th June. To get yourself on the guestlist you’ll need to pick up the 7” vinyl from Resident Records.