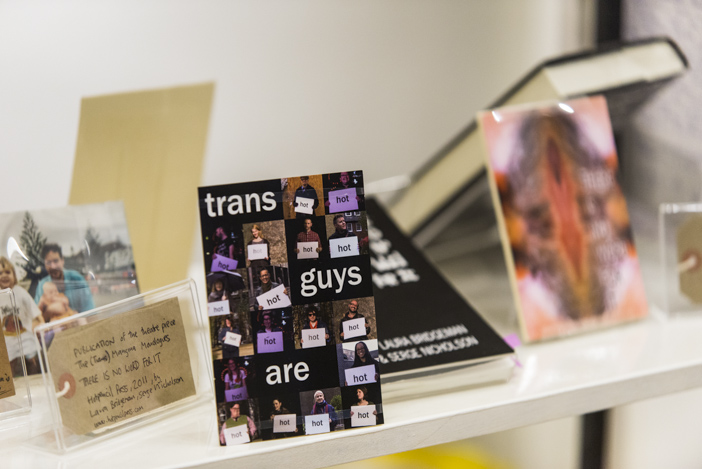 As SOURCE wanders through Brighton Museum’s new Transology exhibit, we chat with a friendly lady called Lisa. She’s come all the way from Leicester, where she heads a project called the Young Transgender Centre of Excellence. Her clients, she explains, have submitted personal items to this show that have significance to their own journey through transition, and Lisa is here, on tenterhooks, to see if any of their objects have made it into the display. Rounding the corner, we see a selection of clothing items, each with a handwritten tag from its donor. Lisa recognizes the writing of a client and is moved almost to tears by seeing it there. It means so much, she explains, to see the words of someone who only a short while back didn’t feel empowered to talk about this publicly. In this moment, we get an inkling of what this display means for its participants. 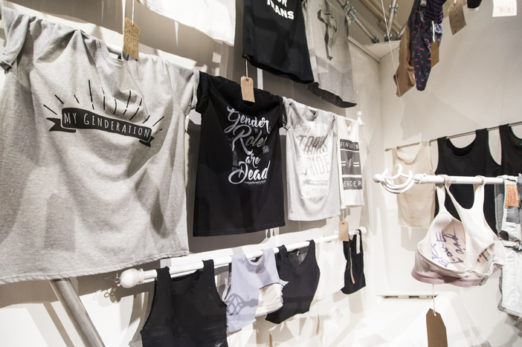 The Museum of Transology was founded by EJ Scott, and has come to Brighton after a successful run at the London College of Fashion. When Scott transitioned, he kept hold of as many related physical objects as possible. Seen collectively, they bear witness to his story in a way words can’t quite manage. Scott later invited public submissions to the growing museum, asking trans and intersex people to donate their objects along with written testimony, thus creating a crowd-sourced archive of memories. Some of the items displayed here go right to the heart of the surgical procedures involved in transitioning, for example hospital gowns and excised breast tissue, whereas other objects speak of the process of daily living pre surgery –  changing the body shape, via breast binding garments or fabric packers for underwear. One such homemade packer is fondly described by its owner as a ‘moorhen’, and it quickly becomes clear that these votive offerings, by dint of their captions, start to feel like extensions of the people involved. As such, they’re very moving. 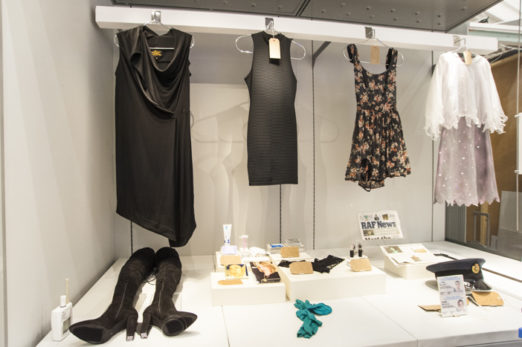 Elements of the process are, of course, a struggle – NHS appointment letters, for example, are on show here to remind us that, once a person has made the decision to transition, there can literally be years to wait. Then there are the occasional but unmissable references, in the handwritten tags, to attacks and abuse. This less comfortable side is there, but the show doesn’t consciously dwell on the negative stuff. Instead it feels like more of a celebration, a collective act of bearing witness. Nothing sums this up better than an uplifting series of objects from Ayla Holdom, the first transgender RAF pilot. Here is the kind of inspiring story young transgender people should be seeing. Our only criticism of this show would be that, from a labelling point of view, it does get a bit confusing at times. It’s a fairly small one room display and the mass of objects deserves to be better annotated. A number identification system, especially for the smaller pieces behind glass, would have matched the objects to their captions and made the viewing experience less confusing.

The Museum of Transology will be on display in Brighton Museum til next Summer, and forms part of ‘Be Bold’, a forthcoming series of exhibitions and events in the City to commemorate the 50th anniversary of the partial decriminalization of homosexuality.

Peter did a degree in world art history and anthropology, before spending three years in the Japanese countryside teaching English at village schools. For the past eleven years he has worked as a freelance illustrator.
← PREVIOUS POST
Voodoo Review
NEXT POST →
Gogol Bordello Review
Mailing List
Recent Posts
Website developed in Brighton by Infobo
Copyright © Brighton Source 2009-2020
Museum Of Transology Review - Brighton Source