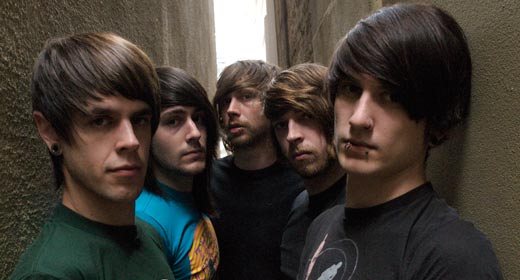 Boogaloo Stu
Enough About You…Let’s Talk About Me
Telephunc (Album)
“Dressing up like a 19th Century dayglo clown doesn’t really help when you’re looking to be taken seriously,” the Dynamite Boogaloo party host has admitted. But with this follow up to The Glambassador is charming proper pop, Kylie filtered through Roxy Music or vice versa. More fun and synth-poppy than Goldfrapp, it’s a little rough around the edges, but that only gives it more heart, like the early 80s electronic pioneers it slides in next to with a wiggle. It’s good to see Stu’s sensitive side. (JK)

Charlottefield
What Are Friends For
FatCat (Album)
This is claustrophobic space rock on the extreme edge of either pole. The concentric patterns of constricting riffs and drumming drawing the turbulence in tightly before releasing it in exultant bursts of linear drone. If you don’t know how amazing Charlottefield are by now you’ve done yourself a grave disservice. (MB)

The Flesh Happening
Bleed/ Hitler And Jesus
Tamworth Records (Single)
You can cut yourself up for a surge of adrenaline or you can drop this in your stereo instead. The nitrate-amphetamine-fuelled urgency of ‘Bleed’ comes with canonical live favourite ‘Hitler And Jesus’, given a poignant background of bowed saws and accordion. Different, in every conceivable aspect. (MB)

Legs MC
Cheyne Stokes
Latest Records (Album)
Not many albums reference the dolphin derby down the pier, but Legs does in one of the conversational skits that pepper this album, lending its lightness an even more intimate feel, like the whole thing was just set to tape in one take. He calls most rappers ‘miserable bastards’. Clipse this definitely ain’t. Great stuff. (MB)

Long Range
Just One More
Long Range (Single)
Anyone still wondering whether Phil Hartnoll’s new project is Orbital 2.0 will understand just how important a part Nick Smith plays as this dramatic widescreen epic plays out. Like his work for the cinema it comes at you from all angles, and not just sonically (multi-layered synths, gently rumbling bassline and much more). It’s also emotionally complex, giving cathartic, euphoric release from tumbling melancholy. For those not ready for that intellectual connection, the Hybrid mix bangs away darkly, but with the same filmic feel. (JK)

Kelly Rowland
Work (Freemasons Radio Edit)
Columbia (Single)
A year or so back local funky housers Freemasons took Beyonce to No.1. Her old Destiny’s Child shadow, looking for a similar trick, might be surprised that this closer to a sexed-up version of Panjabi MC’s Knight Rider theme-sampling bhangra than pride-of-The-Zap disco. There’s little metal behind all the polish in r’n’b of late but the Brighton boys’ career-best production here is pure joy, bringing out an actual song, somewhat hidden in the original. With Atlanta sounding tired, could the new Timbaland have been under our noses all this time? (JK)

This City
Kids With Fireworks
Small Town (Single)
The hardest working band in Brighton takes a rare break from slaying underage nights to follow up their Label Fandango debut. Kids With Fireworks kicks off like another post Bloc Party stomper, with shades of Foals or Maths Class, but where This City distinguish themselves is by having a foot in hardcore. The emo injection makes it easier to connect with than the clearly thought out angles of math rock. Earnestly shouting into a mic is always a good look, especially combined with this many tattoos. (JK)

Sometimes an article is a bit of a team effort, and those are tagged SOURCE Writers. If you’d like to be part of that team, hit the Contact link at the top and get your work on this website.
← PREVIOUS POST
The Third Man Interview
NEXT POST →
Streets Of Brighton: Southover Street
Mailing List
Recent Posts
Website developed in Brighton by Infobo
Copyright © Brighton Source 2009-2020
Music Reviews: February 2008 - Brighton Source