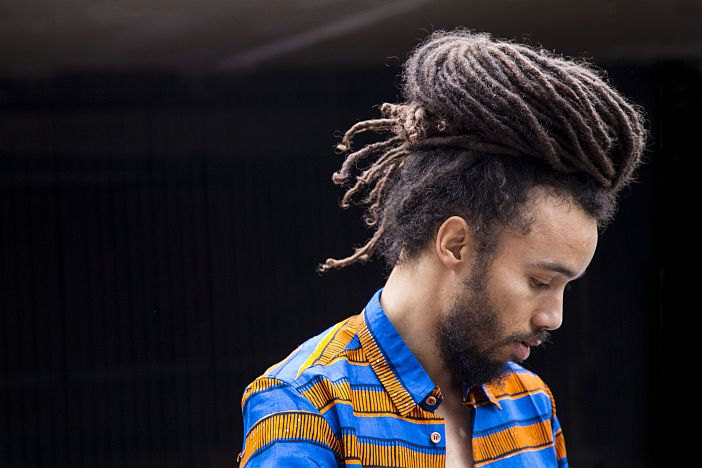 It was the second date of the tour and Natty’s return to Brighton was sold out well in advance.

After a self-imposed sabbatical that saw him undertake personal pursuits including charity work in Africa and setting up community projects at home in London he recently released his second album, ‘Release The Fear’, seven years after its predecessor.

His band The Rebelship warmed up themselves and the crowd with a mellow instrumental, then Natty bounded on and gave us ‘Gaia’, encouraging everyone to “summon up your spirit” over a slow-paced traditional reggae backing led by bass and drums. 2007’s ‘Cold Town’ followed with a singalong “no place for I n I” riff but the packed front of the stage area left little room for dancing.

Everything was going quite swimmingly, really tight band, appreciative and responsive audience, until Natty started speaking of some difficulties in his love life and how he couldn’t find the right girl – “No, not in that way” as if to ensure we all knew he was 100% hetero and definitely nothing less because that would be terrible. Unacceptable anywhere, unforgivable in the People’s Republic. Ironically this was followed by ‘Stand Up In Love’ where he sang of love conquering all.

‘Bedroom Eyes’ with its split tempo was another crowd favourite and new song ‘Street Lights’ had a summery jazz-funk flavour courtesy of snappy drums and some fine touches from guitar and electric piano. Later there was bass-heavy old school roots reggae complete with ‘Echo Dek’ style effects and a bouncy organ solo, proving that this was a well-rehearsed unit.

The night ended with the title track from the new album that showcased new boy Wesley’s drums and tall boy Jamal’s bass that had proved so effective throughout the set which, aside from one largely unnoticed awkward moment that may have been misinterpreted, was upbeat and really well received by the punters.