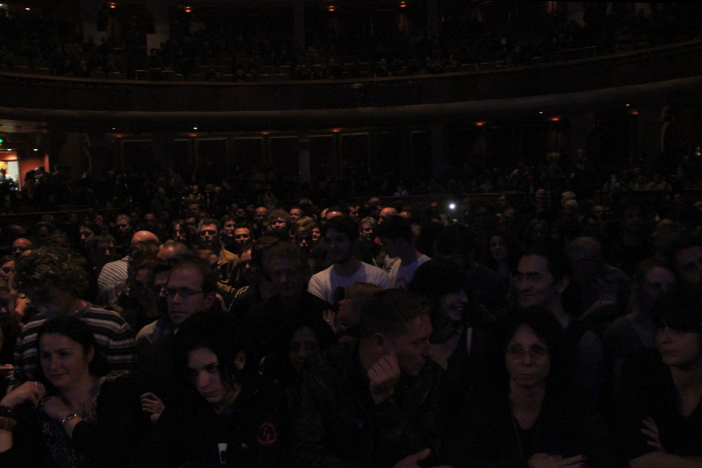 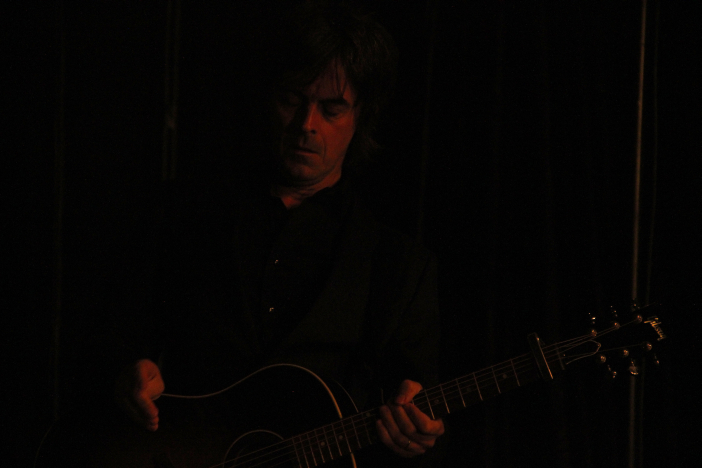 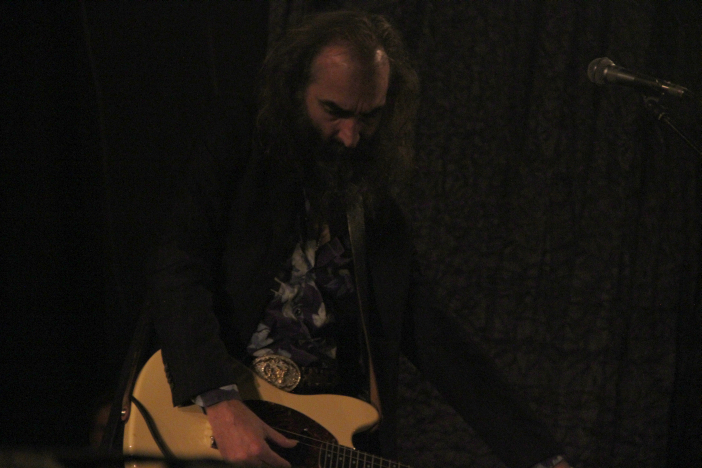 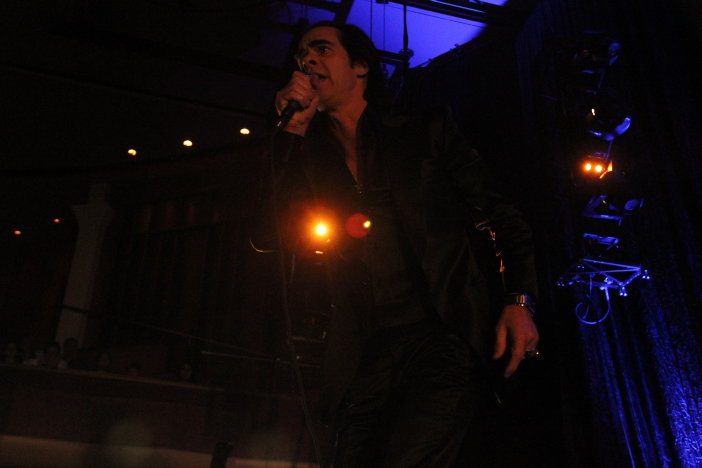 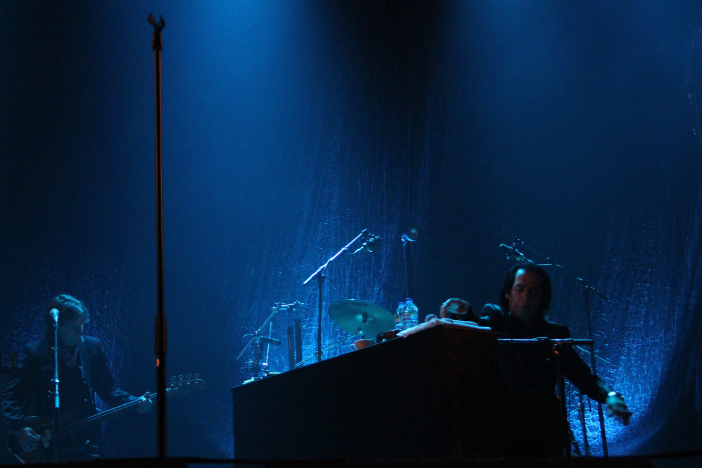 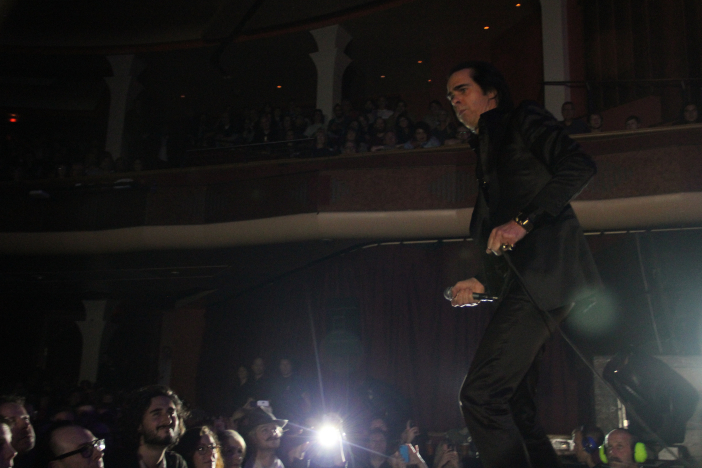 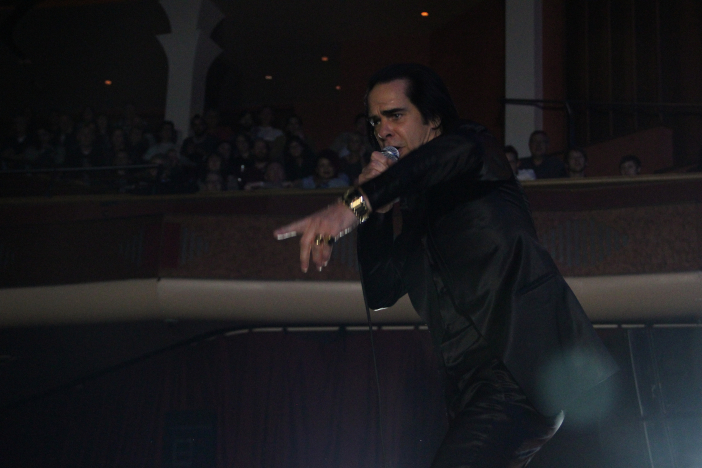 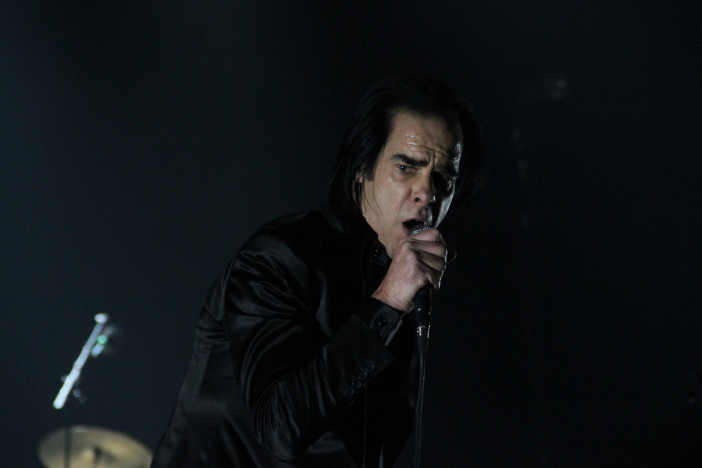 Don’t you hate it when acts fail to engage with their audiences and then, right near the end of their set, wade down through security to the sweaty front row and start pressing the flesh? And sometimes, they’ll even have a burly security guard following them, making sure their microphone doesn’t garrote anyone. It always seems too pre-planned, so false.

Well, forget all that.

Nick Cave, even at this stage in his career, gives a slap in the face to protocol and what can occasionally be the pantomime of live rock music. In the Dome’s comparatively cosy environment, if Cave decided he wanted to testify up close to the people, he did it with such a frenzy that you feared few would get out alive. He darted backwards and forwards across the stage, as tall as ever, dressed entirely in what looked like black silk. He whipped his mic lead around, pulled over his lectern (during ‘The Mercy Seat’) and generally flicked two fingers to health and safety.

Opening with ‘Jubilee Street’, Cave and his Seeds built their sultry, balmy blues up and up, increasing the tempo gradually, into one of the most memorable crescendos of the evening. Three songs in, on ‘Tupelo’, guitarist/flautist/violinist Warren Ellis stuck his bow into his hair when plucking his fiddle, and for the next few tracks it looked as if he’d been stabbed through the head.

Yet despite these stirring distractions, it was Cave the audience’s eye remained trained on. He moved between his microphone and the piano, seemingly prompted by involuntary spasms, popping up onto his toes, waving his arms and making 180-degree turns. He threw the microphone across the stage numerous times, only to seek it out again later. Make no mistake – the Bad Seeds were on-point and their pitch-perfect bursts of white noise during ‘From Her To Eternity’, ‘Red Right Hand’ and ‘Stagger Lee’ especially were startling – but tonight was always going to be about Cave alone.

Being a homecoming gig of sorts, the crowd seemed more ravenous than usual, and their arms continually beckoned Cave into their clutches. For the slower numbers he moved tenderly from person to person, singing down to them beneath the spotlights. But when the pace picked up he was stern, grabbing and lashing at the sea of hands, preaching and admonishing in equal measure.

Tonight Cave made the rules, so with the curfew at 11pm, the singer, at 10.57pm, asked if the crowd wanted more (which of course they did). As the first night of a UK tour, the gig felt it was setting out a new stall for the band, reinstating their singer as one of the great entertainers, lest anyone had forgotten. It basically demonstrated that, when you go to a Nick Cave & The Bad Seeds concert you have to leave certain things at the door, expectations and rulebook included.