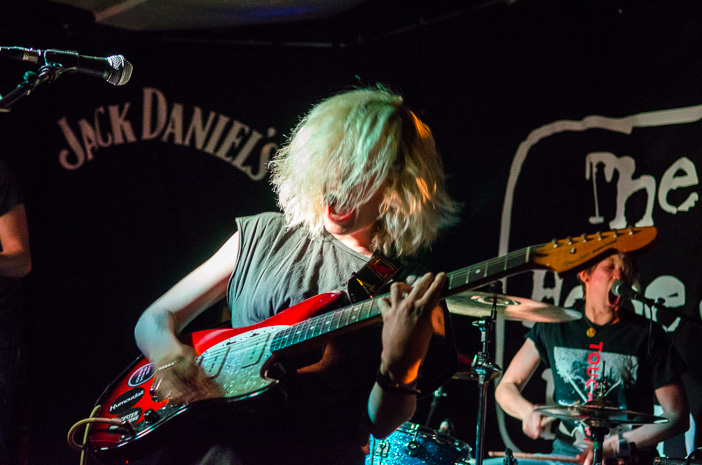 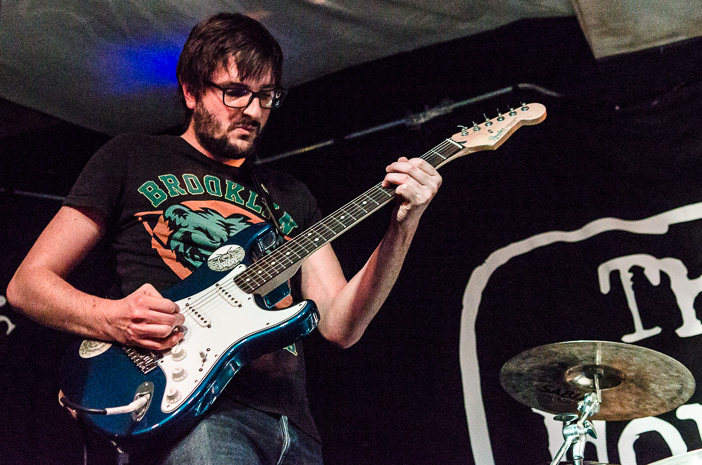 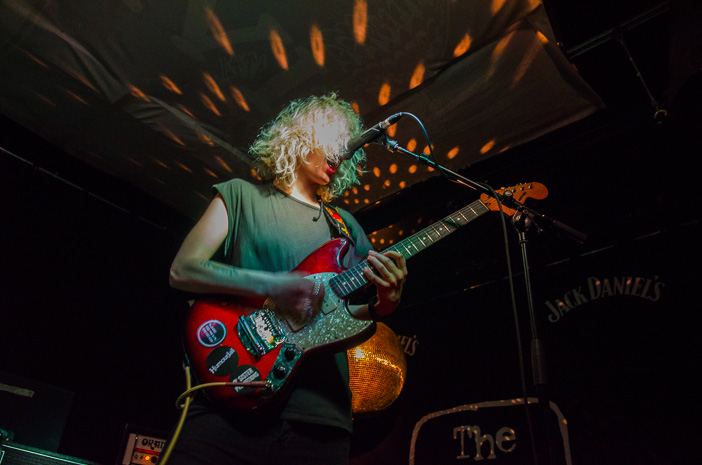 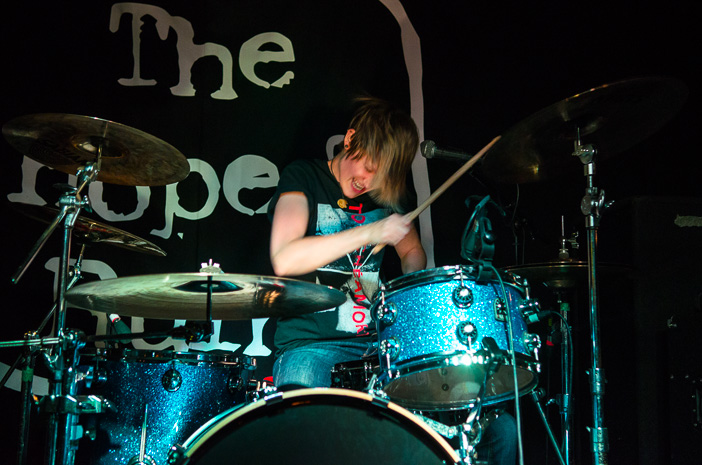 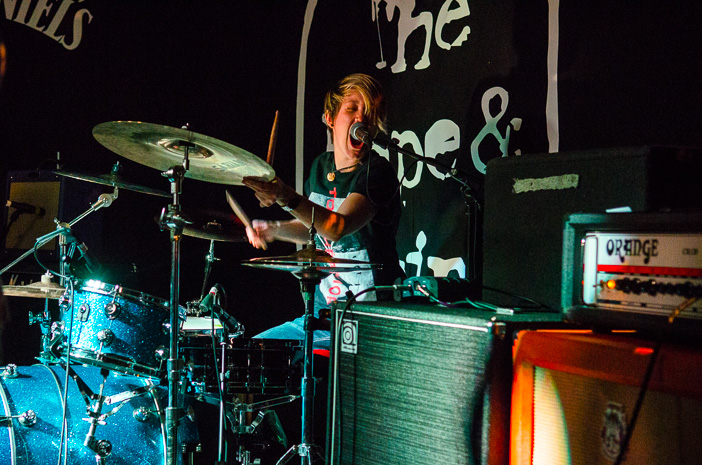 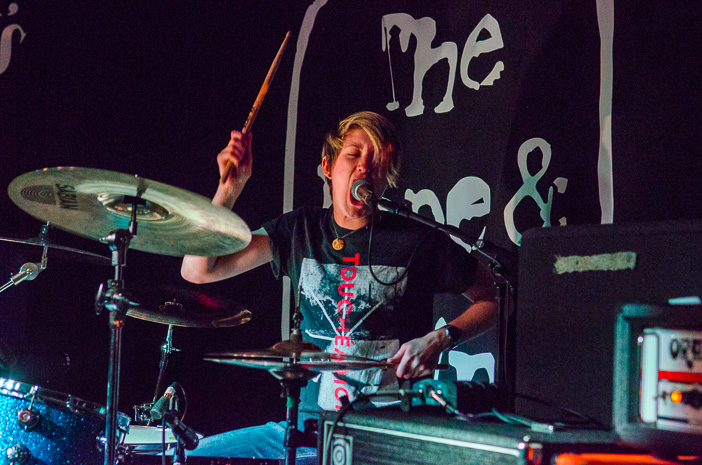 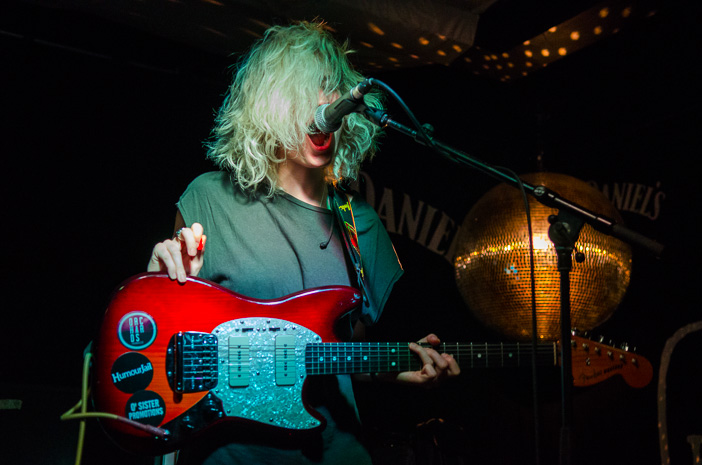 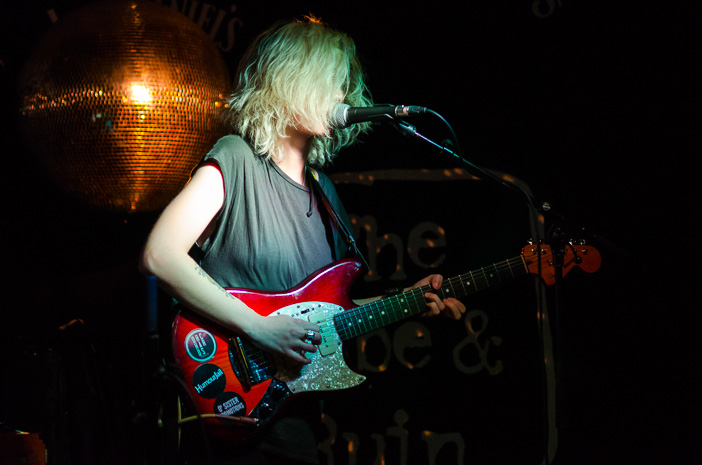 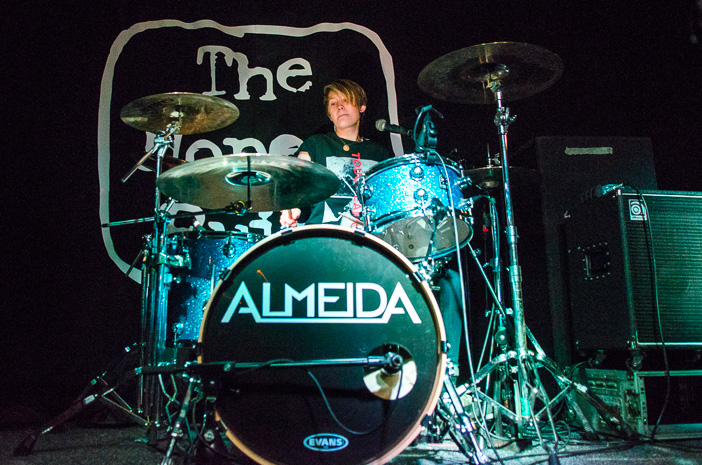 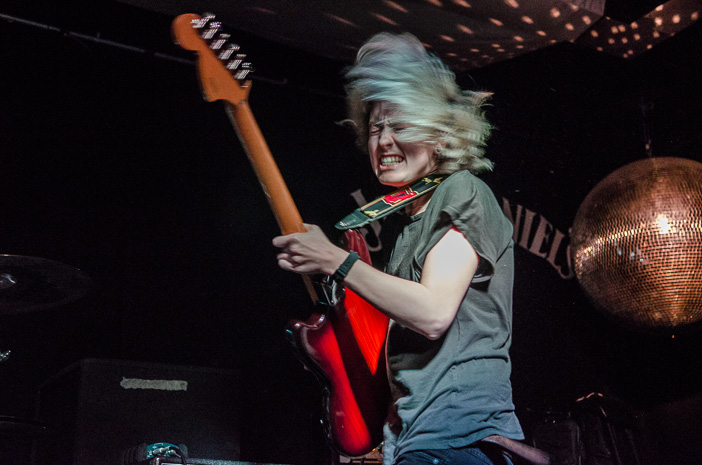 We’ve caught Oh Captain! live a few times over the last year or two, but tonight we were struck by the band’s energy on stage and the ferocity of their performance. They remind us of the likes of The Mars Volta and At The Drive-In, as well as God Is An Astronaut and the early 00s post rock of Army Of Ponch.

It’s been over a year since their debut release ‘Pistols Out’ and they’ve now entered that potentially awkward phase of a band maturing and writing their second album. For starters we notice the line-up is now one member down, but they continue as a strong three-piece. This is a chance for them to showcase some new material and start a run of more regular gigs.

There definitely isn’t any less sweat and action on stage; both guitarists Hope Rudd and Jamie Jolley aren’t afraid to throw themselves about and really get into it. The drummer Sadie Brown also has a mic and contributes to the heavier parts of the songs, as you can see from the photos above. Oh Captain! manage to blend more melodic and psychedelic parts with Hope’s emotive vocals before exploding into punk hardcore riffs. They offer something different and exciting and we look forward to catching live again soon.

The Hope and Ruin, Thursday 29th October 2015
Words and photos by Mike Tudor