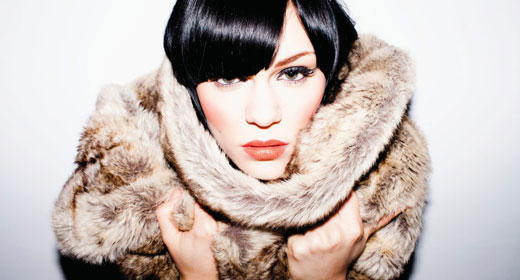 Stepping foot into the unfittingly small doors of the Brighton Centre, hundreds of Jessie J look-a-likes were scattered throughout its large interior. Paying homage to the bad-ass pop-queen with attitude, the youthful crowd were splashed with Lady J’s style and swagger.

The hype and anticipation surrounding her entrance was something quite spectacular; the arena was lit up with the sparkling glint of mobile phones and digital cameras, attempting to capture a distorted version of the live event that was to follow. Echoing chants of “Jessie, Jessie, Jessie” and offensively high-pitched screams managed to lure the Lycra-‘Onesie’ wearing icon to shuffle towards her elaborately decorated centre-stage spot.

Lairy red velvet and love heart balloons were the stage decor of choice, blurting out gaudy glamour at its finest. Jessie, as always, charismatically stomped on stage openly announcing; “This is my last date of the tour, I haven’t had a day off since June, I’m tired, I’m emotional, but you guys are the reason I get out of bed in the morning…”

Opening with ‘Big White Room’, the song that took her from a YouTube nobody, to mainstream superstardom, Jessie’s vocals were simply stunning. Her impressive vocal range was amplified further via the assistance of professional backing singers. Never short for words, Jessie inflicted a running commentary throughout her set, encouraging interaction from her animated crowd. As is all too common with pop artists, the entire show was professionally polished, losing any edginess that Jessie would have been proud to showcase in her early years. The show was a long one, with Jessie making sure to nail down hit after hit. She even managed to adapt the odd Motown cover, inflicting the ‘Berocca’ effect mid-set.

Despite Jessie’s flawless talent, what is most respectful about this artist is what a good role model she is. Regardless to occasionally slipping out the odd expletive, her kiddy sense of humour is really quite endearing. Her constant energy and exaggerated behaviour was undeniably rooted at drama school. For some, her bolshy demeanour could come across quite irritating, nonetheless in the eyes of her fans, she can do no wrong.

Her glittery gold boots, rock and pop guitar-riffs and music composed to make you “dance your arse off” were all compliment to an overall outstanding performance. However, the overexcitement of it all will have undoubtedly left 95% of the audience in yawning glory at school the next day…