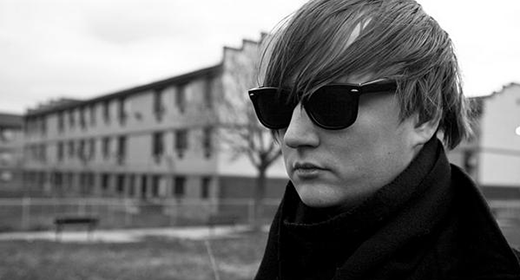 Lately Concorde’s established itself as a premier gig venue, as many of the larger venues have closed. But over the past few months there’s been a trend for Concorde utilising their space and booking acts for club nights, to varying degrees of success.

This show really ought to be one of the successes.Machinedrum’s been at the forefront of exploratory electronic music for over a decade, flitting between releases from glitch-hop to IDM and pure bass music, and he’s well-respected. His latest release is ‘Room(s)’, which came out on Planet Mu 25th July, to largely positive reviews.

The support acts provide a showcase of some of the best electronic producers Brighton has to offer. For those who remember when dubstep was a mere twinkle in the Top 40’s eyes, you’ll be familiar with Ital Tek as one of Brighton’s foremost dubstep pioneers, who’s been notably quiet on the local gigging scene for the past few years. Grinel’s the driving force behind the Donky Pitch club nights and releases, bringing the freshest bass/hip-hop to Brighton, and with an impressive record collection it’s unlikely he could disappoint the crowd. Manni Dee’s a relative newcomer to the local club scene, but upbeat hip-hop mutations and a penchant for retro mash-ups have seen him cropping up as support for a wide range of club nights in town.

What’s more, the whole lot is free entry before 11pm. What could possibly go wrong?

Manni Dee’s high energy set brings the barflies swarming to the front with dark bass rhythms pounding under re-worked pop-hip-hop classics such as Missy Elliot’s ‘Get Ur Freak On’ and Destiny’s Child’s ‘Say My Name.’ An indisputably talented crowd-pleaser, the heavy bass gets feet moving and heads nodding. Grinel’s one of the UK pioneers of ‘skweee,’ a genre hailing from Scandinavia which cross-breeds funky soul sounds with minimal basslines, and his set reflects this influence, for a more down-tempo mix. Ital Tek’s former dubstep sound has mutated into a complex techno-infused fusion, a dark symphony of driving, rigid basslines and ethereal synths. This set’s been highly anticipated and lives up to the hype: a slower bpm is notable amid gradually escalating soundscapes emanating from his newer tunes. Keep an eye on his new label, Atom River, for upcoming releases.

The headline act himself eventually takes the stage at 1am, to visible excitement from the crowd. A frantic wall of sound commenced, and some impressive dancing ensued – we can’t say we’ve ever seen four men trying to line-dance to glitch-hop before. New songs from the latest album went down very well, including sample-laden ‘GBYE’ and the dreamy ‘Come1.’ Machinedrum’s traditional music background sees him utilising keyboards as well as sequencers, synthesisers and a laptop, and the result is a blur of soaring chopped-up acapellas and frenetic, modernistic soundscapes. Clad in NHS-style glasses and a wife-beater, Machinedrum’s image is that of a hick farmer, but his re-imagination of UK funky, dubstep and glitch is anything but backward.

In conclusion, the only thing that let down this night was a lack of spectators. Concorde 2’s a big venue and when there’s only a hundred or less people watching it seems cold, empty and incapable of providing the atmosphere these acts deserved. Brighton, if you want to see more line-ups like this, its time to step up.

Sometimes an article is a bit of a team effort, and those are tagged SOURCE Writers. If you’d like to be part of that team, hit the Contact link at the top and get your work on this website.
← PREVIOUS POST
Vintage: Acid House Parties
NEXT POST →
Amanda Palmer Review
Mailing List
Recent Posts
Website developed in Brighton by Infobo
Copyright © Brighton Source 2009-2020
Review: Machinedrum - Brighton Source