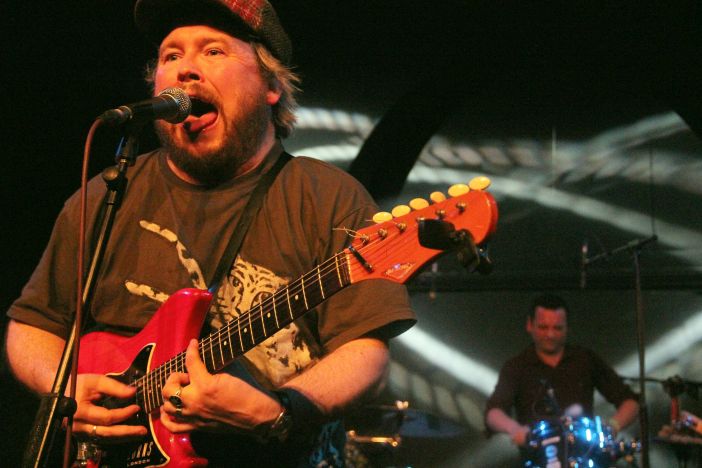 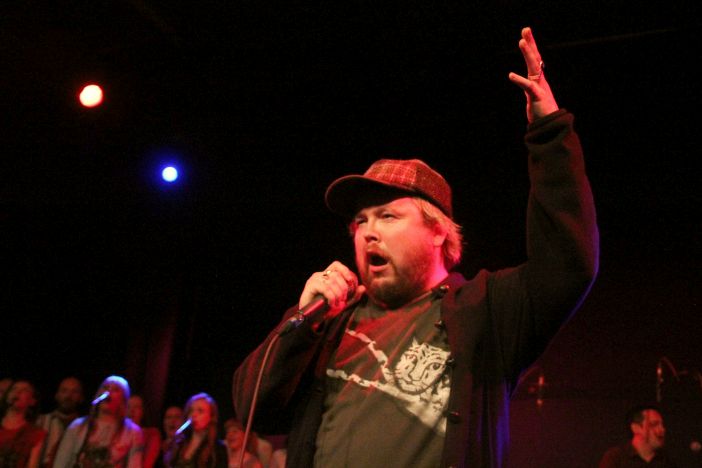 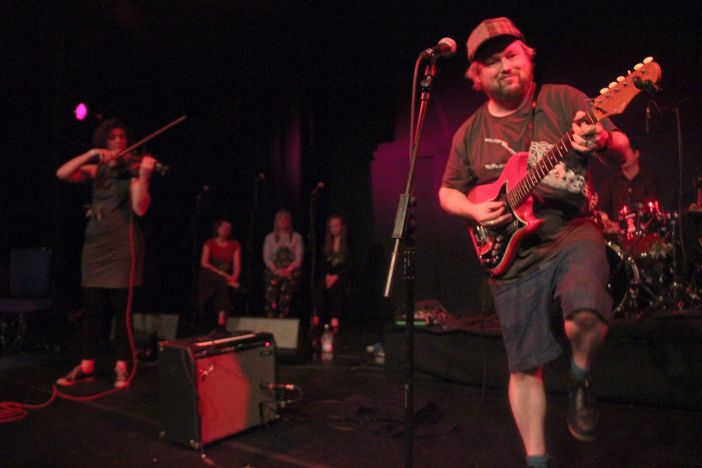 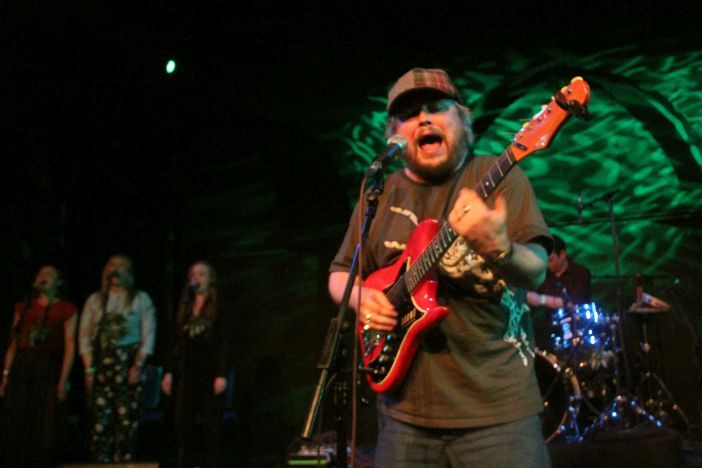 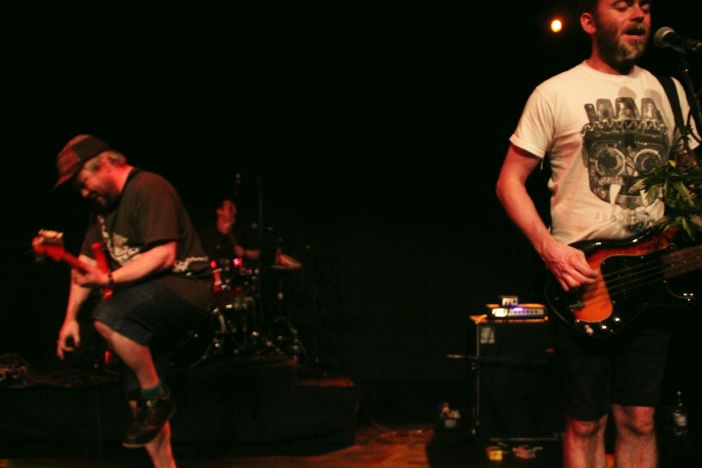 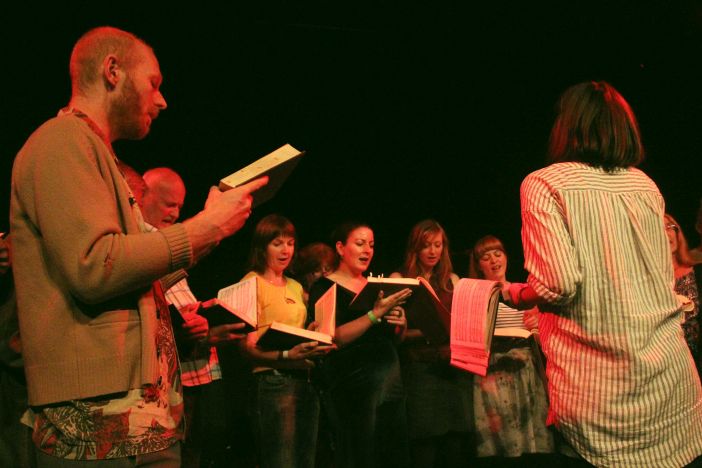 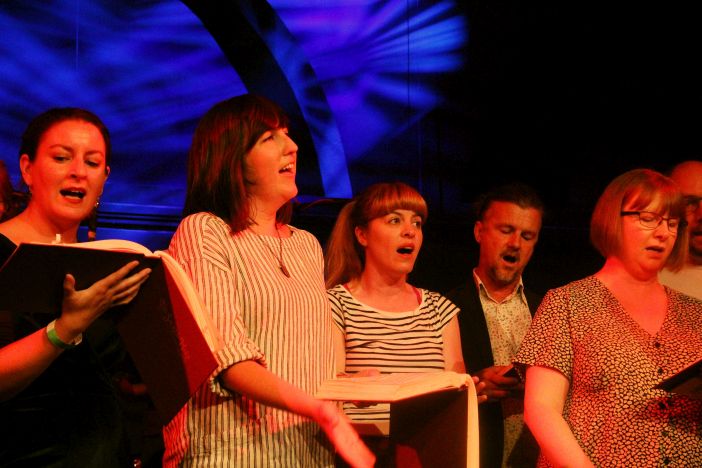 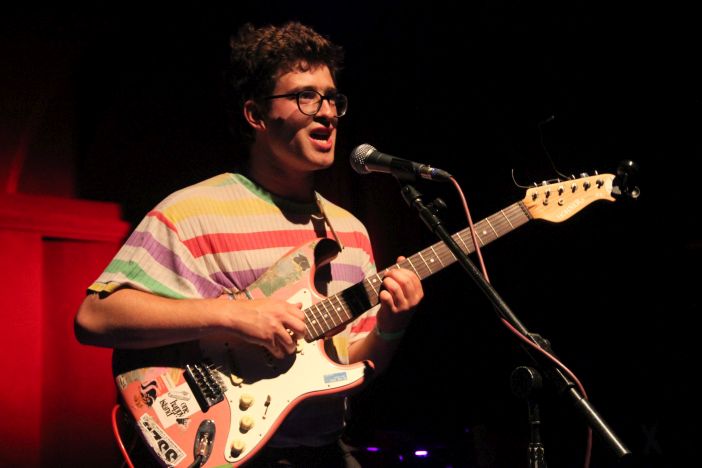 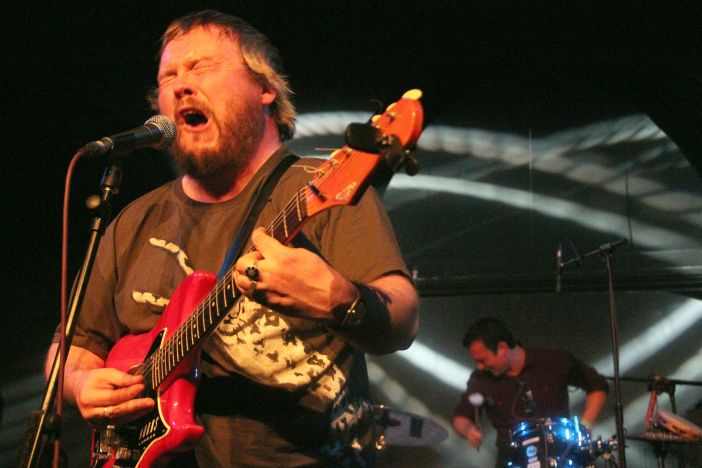 Richard Dawson returned to Brighton to play a packed out Old Market show with a full band last Sunday. It was quite different coming from the last time we saw him, playing a nervous solo set at the tiny Coachwerks venue in Hollingbury, but he took to the larger stage with confidence and aplomb.

Dawson arrives on tour this time with an album ‘Peasant’ which seems to be finally achieving the sort of praise many aficionados have for some time felt this North Eastern troubadour deserved. It certainly is an extraordinary album and worthy of attention. Promoted as an exploration of the life of an 8th Century North Eastern English medieval village, it is not really that. Sure, there are songs entitled ‘Ogre’, ‘Weaver’, ‘Prostitute’ and ‘Beggar’ which might give the impression of some sort of early medieval life, but then there are other titles – ‘Scientist’, ‘Shapeshifter’ and ‘Masseuse’ – which suggest this is a much more personal interpretation of the past, seen through the eyes of an artist and musical painter of strange characters and obscure landscapes, rather than a chronicler or historian.

Dawson is a true original and seeing him live brings out a lot of the subtler qualities of his songs. Arriving on stage like a naughty schoolboy – it was a hot day, but the shorts and cap gave the impression of AC/DC, and his in-between song patter consisted of cheeky comical commentaries which were engaging and occasionally very funny – the Werner Herzog satnav being particularly memorable, with its deadpan announcements of forthcoming doom capturing something about a band-on-tour lifestyle. 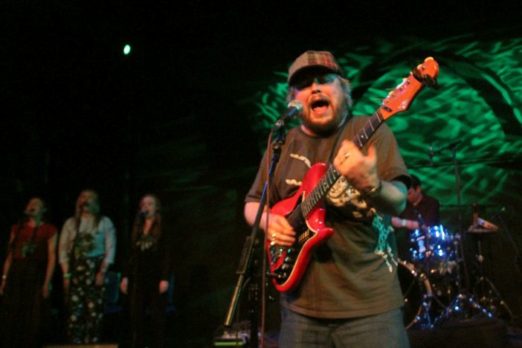 Dawson’s music is serious stuff. Accompanied on stage by a scratchy violin, rumbling bass, pounding drumming and a three-piece chorus it is definitely not traditional folk music, notwithstanding his breaks from ‘Peasant’ material to perform solo a Copper Family song and a Lal Waterson cover. The AC/DC attire was not inappropriate as there is a definite metal edge to some of the band’s playing now, both from the powerful tribal-drumming but most impressively Dawson’s own guitar, which due to an accident with his acoustic at the start of this tour is an entirely electric beast. Reviewers have mentioned Qawwali music as well as Northern folk as possible influences, but there were hints (to our ears) of more diverse fare – Captain Beefheart, Kevin Ayers and even early Neil Young a-la-Buffalo Springfield at their freak-out finest. All in all it was a moving and often-startling performance. 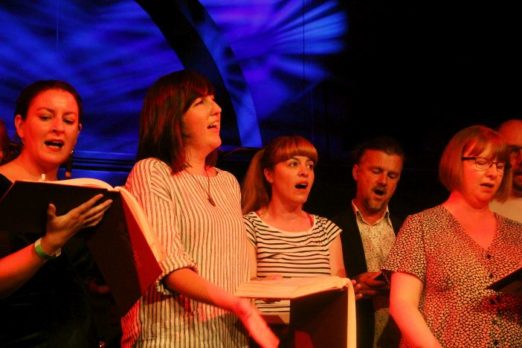 Dawson was ably supported by Brighton’s own Sacred Harp Choir who sing from a huge traditional non-religious songbook, making a sound much like Gospel-for-Cowboys, and are well-worth catching if you can. First up was Max Levy (ex-King of Cats) as Garden Centre, who brought his nervous geek and a dose of emotional Kimya Dawson to TOM for a strangely engaging set, whose last song ‘Urinal‘ was about men you meet in toilets but was not what you might have expected, and perhaps it shouldn’t have worked but it really did. We’ll be looking out for him again.