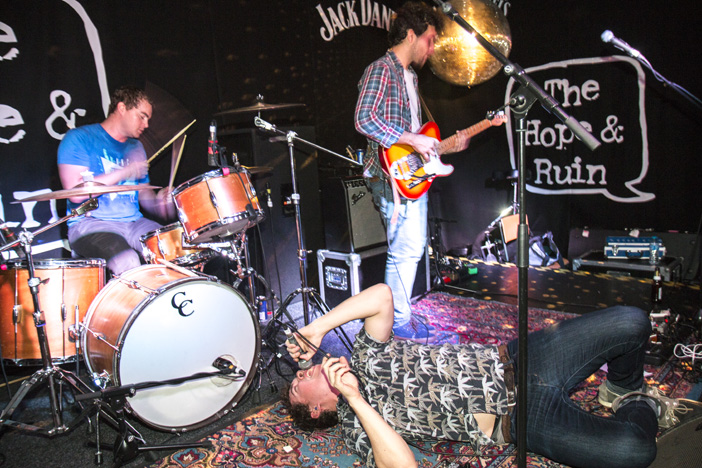 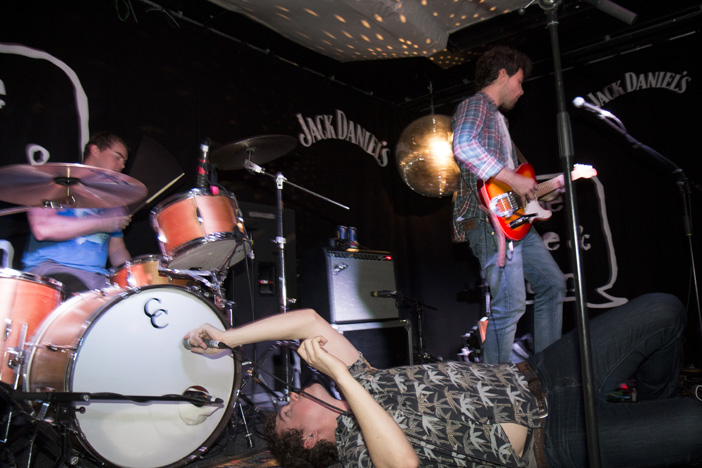 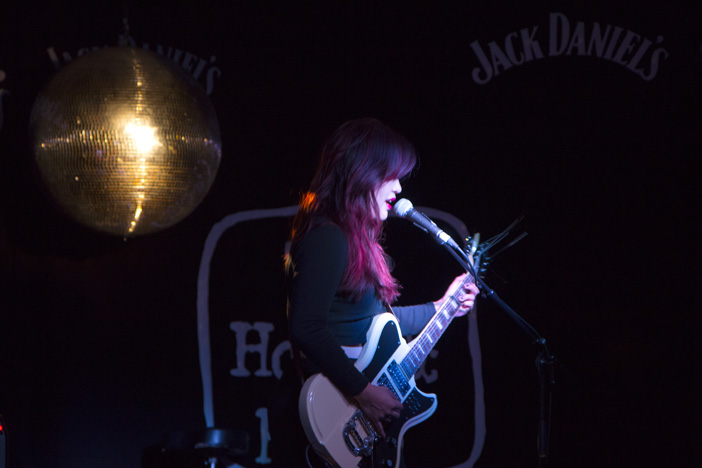 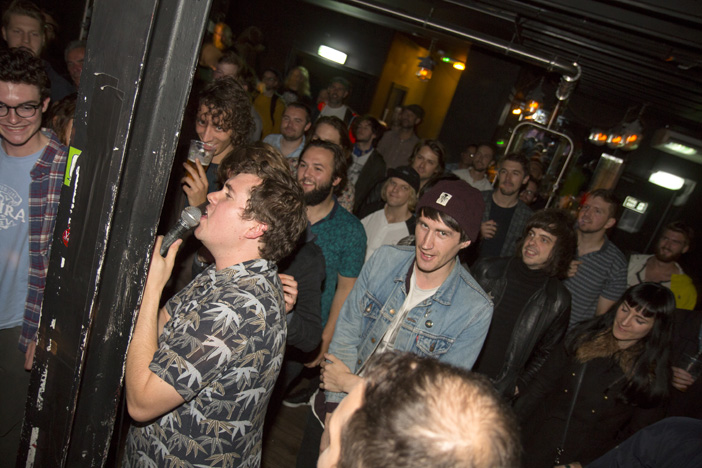 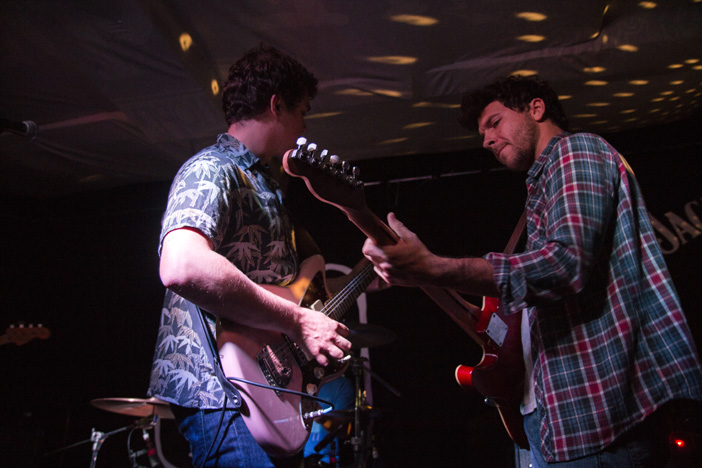 “If you like that guy stick around for the next band. Pop punk dreams can come true,” says a smiling Nicole Yun of Eternal Summers.

Surfer Blood’s John Paul Pitts was invited onstage to sing with the Virginia natives and looked surprisingly nervous behind the microphone. Perhaps it’s because the stakes feel higher for Surfer Blood this time around.

The last time SOURCE caught the band was at Digital (now The Arch) back in 2011. The Florida foursome were a different unit back then. Fresh from the release of their highly successful debut ‘Astro Coast’ they were young, drunk and disappointingly shambolic.

They should be at their peak, three albums and an EP in, but personal events threatened to destroy everything.

Frontman John Paul Pitts was cleared of a domestic battery charge in 2013 prior to the release of second album ‘Pythons’. In another horrible twist, guitarist Thomas Fekete was diagnosed with cancer and had to leave the band before the release of ‘1000 Palms’ this year.

It’s a little under capacity in the Hope and Ruin tonight and you can’t help wondering if Surfer Blood are cursed.

Fortunately any concerns are blown out of the water early on. The band open with a combo of ‘Grand Inquisitor’ and ‘Floating Vibes’, the first tracks from ‘1000 Palms’ and ‘Astro Coast’ respectively. Played with mathematical precision we’re taken on a whirlwind trip from present to past.

“If you’re movin’ out to the west, then you’d better learn how to surf,” sings Pitts with conviction in a green Hawaiian shirt. Thoughts of ‘Surf Wax America’ spring to mind during ‘Pythons’ highlight ‘Weird Shapes’ as Pitts summons his inner Rivers Cuomo. The Weezer nods continue with ‘Miranda’ which feels like a faster, younger sister to ‘Susanne’.

“You seem like a good crowd but also a very sensitive crowd,” says Pitts glancing around the room wide eyed. “That’s OK, I’m a sensitive guy,” he follows with a grin.

The band then tear through a raucous rendition of ‘Take It Easy’ which sees Pitts enveloped in the audience. “It’s great to be among you,” he declares out of breath, strolling past a couple fornicating in front of us.

The intensity drops for the reflective ‘Catholic Pagans’. Pitts solemnly croons about having “whiskey shakes for ten whole days” under the dim red lights. It’s a poignant moment considering his recent struggles and it’s received warmly.

“A shadow fell on me today,” cries Pitts forlornly during the serenely harmonic ‘Island’. The band are masters of switching tempo and deliver the big chorus with melodic muscularity.

As expected ‘Swim’ incites the best reaction of the night with a united shout-a-long chorus from fans.

Recent single ‘I Can’t Explain’ also impresses and as a follow up shows how far their song craft has matured. Guitar licks echo and harmonies complement Pitts’ delivery perfectly. When the song switches tempo at the halfway point the effect is stunning. The whole thing feels as harmonically seductive as listening to ‘Wicked Game’ in a candlelit bath.

Like he’s paddled in the fountain of youth, 31-year-old Pitts still looks as boyish as he ever did. For this reason it’s easy to forget we’re watching influential indie veterans (see relative newcomers Fake Laugh).

Surfer Blood’s two week stint in the UK is over and Yun was right – pop punk dreams did come true. Here’s hoping the tides have turned for Surfer Blood from here on in.