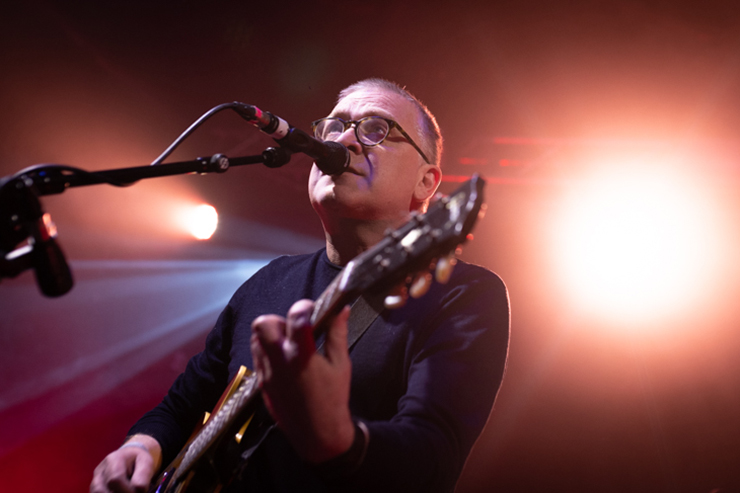 The nostalgia market is huge. Any number of 60s, 70s and 80s artists are touring as you read this and there are countless opportunities to break out that barely fitting faded band t-shirt and go see the acts that made you. And now that we’re well into the 21st century all those 90s bands are doing the same. Heck, even Steps are back. But at least Steps feature the original line-up, which is something that Teenage Fanclub cannot claim. It seems that nostalgia isn’t always a pure experience, especially if the band aren’t able to rustle up the “classic” line-up. It is a troubling reveal as Norman Blake and his new-look team hit the stage. 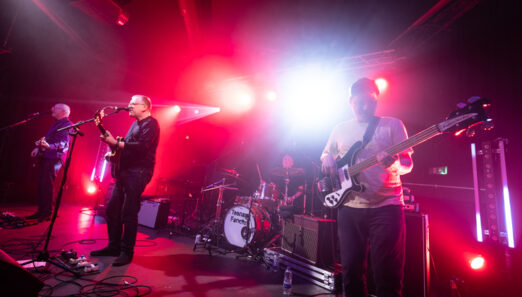 Teenage Fanclub’s breakout album ‘Bandwagonesque’ was released 31 years ago and what a record it was. An original Status-Quo-meets-The-Byrds sound awash with pop harmony that a multitude of alt-rock artists claim as an influence today. The band have regularly released full albums since their 90s heyday and their latest, ‘Endless Arcade’, can be cosily termed as being very Teenage Fanclub: an original has stayed original… and perhaps now doesn’t sound quite so original. 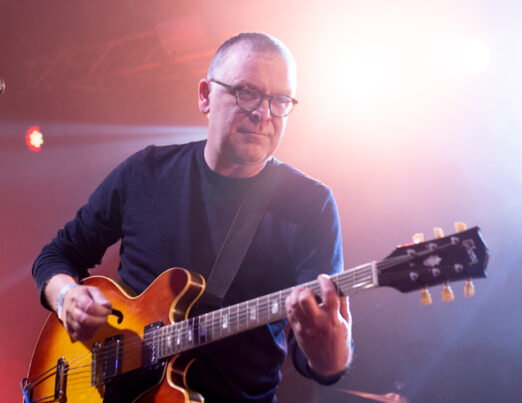 Frontman Blake is an affable and likeable stage presence, and to many is held as godlike because of his not inconsiderable musical influence. Alongside original member, guitarist Raymond McGinley, he has put together a supergroup for this tour, with Euros Childs from Gorky’s Zygotic Mynci on keys and Stephen Black AKA Sweet Baboo on bass. They recreate the “Fannies” sounds to pinpoint perfection and the effect is a crowd-pleasing set of old and new. 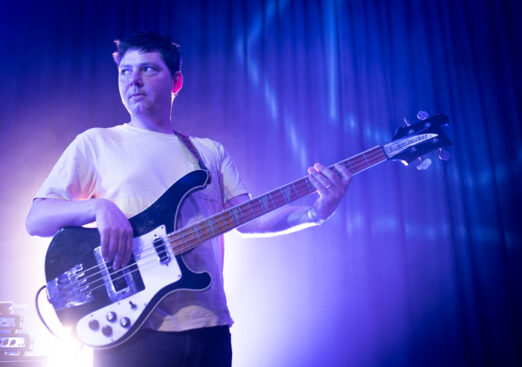 Despite the newer songs being showcased, it’s all about their older hits and the experience is one steeped in 90s nostalgia. But, because of the altered line-up and the fact a lot of the newer songs sound similar to those big old hits, it all feels a little ersatz. The overall sound is one so polished that it can only really be created by the experience of years and years on the live circuit and the show feels a little, well, faked. At times it sounds too much like the recordings and this somehow flattens the live effect. Part of this could be that Blake has essentially recruited very capable session players who are, to all intents and purposes, performing covers. 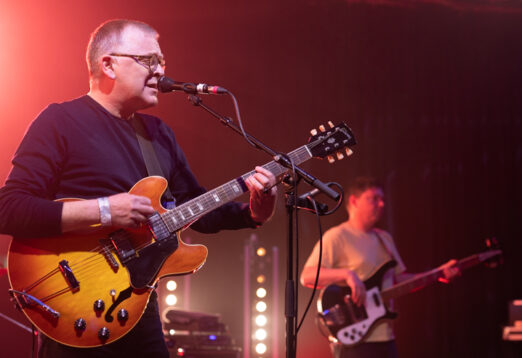 Whatever the case, nostalgia wins because this was a sold-out show and the serried ranks of faded t-shirt wearing fans looked pretty damned happy by the end. But it did beg a final question: as long as it sounded like Teenage Fanclub, would it have mattered at all if none of the original members had played tonight and what would that have done to the Nostalgeometer? Perhaps we’ll find out if they’re still touring in 2122. 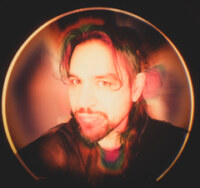 Having once been taught to breakdance by Universal Records I'm now a freelance photographer and writer. Brian Wilson and Dolly Parton are my celestial parents and although I am new to Brighton, I'm falling in love with this craziest of crazy towns!
← PREVIOUS POST
Hutch Review
NEXT POST →
The Best Record Shops in Brighton