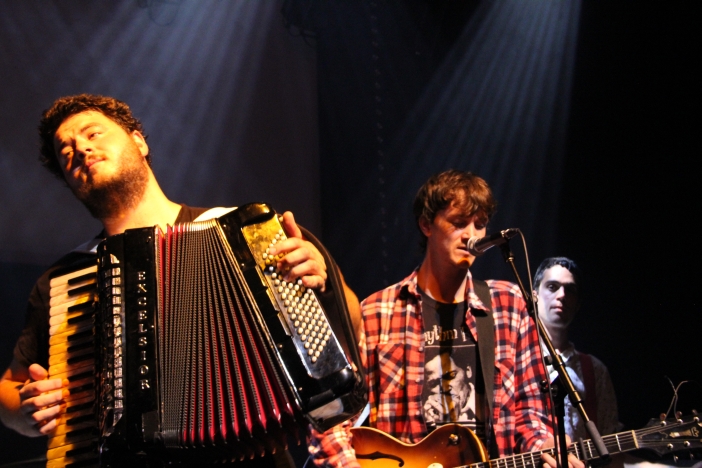 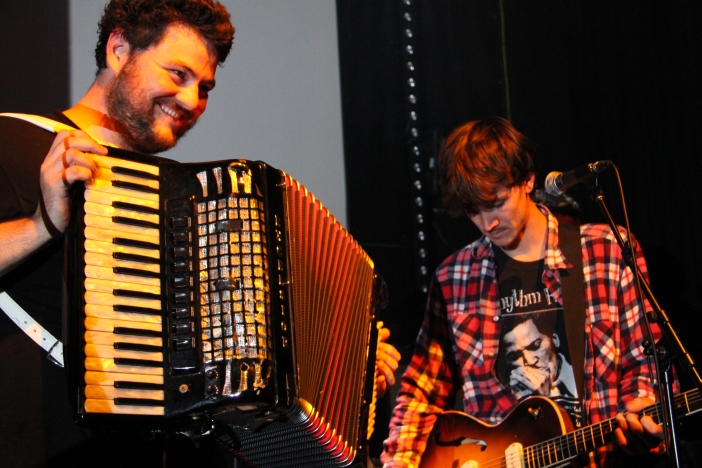 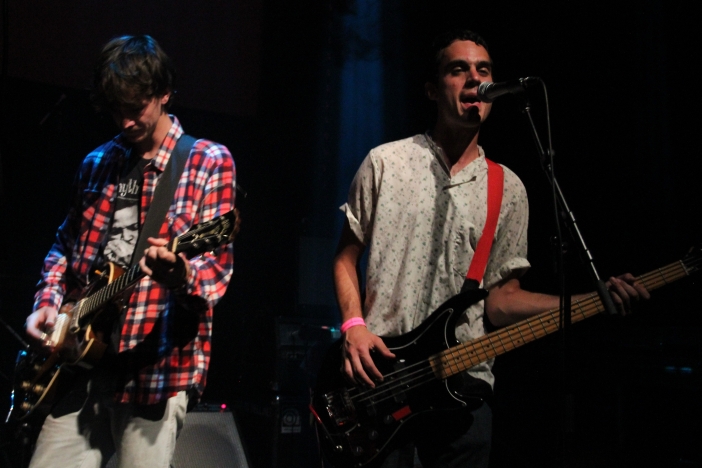 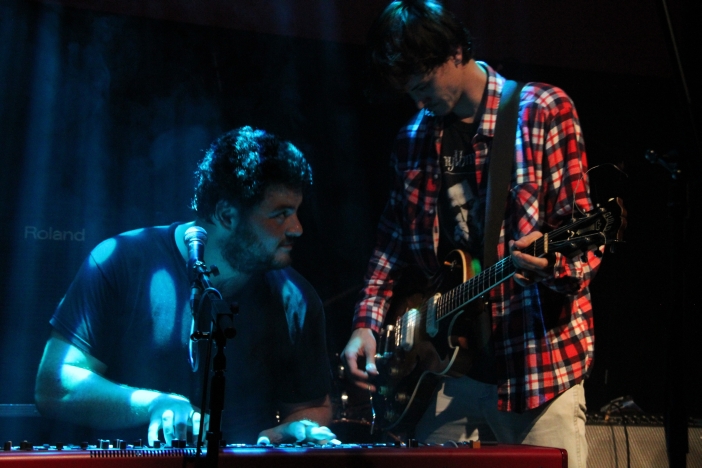 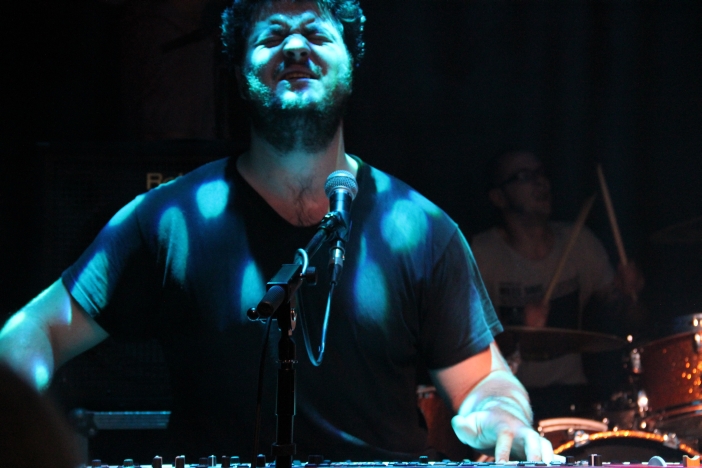 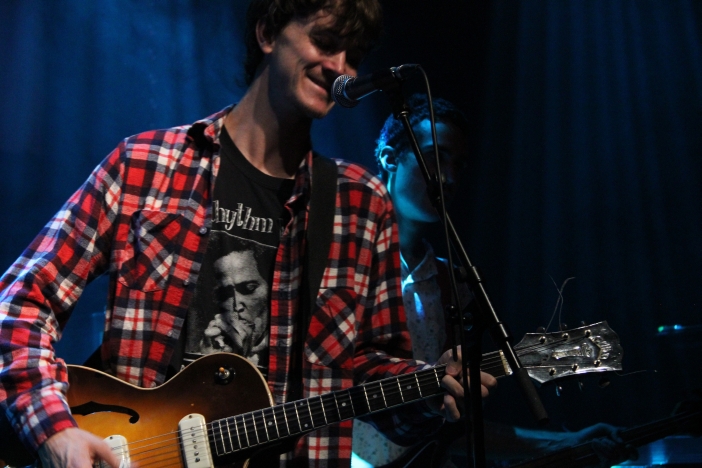 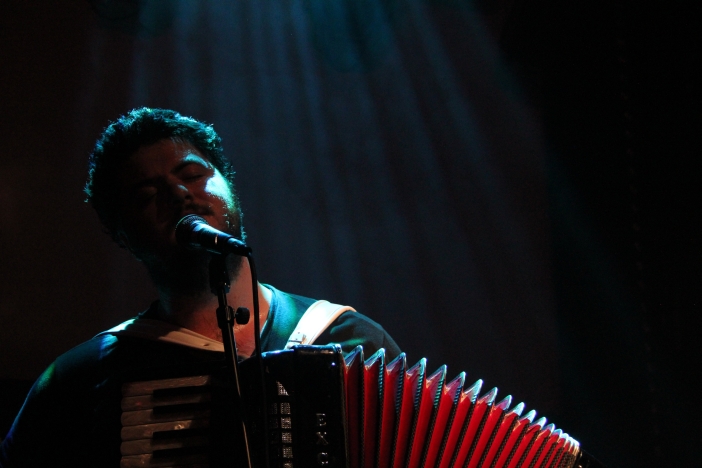 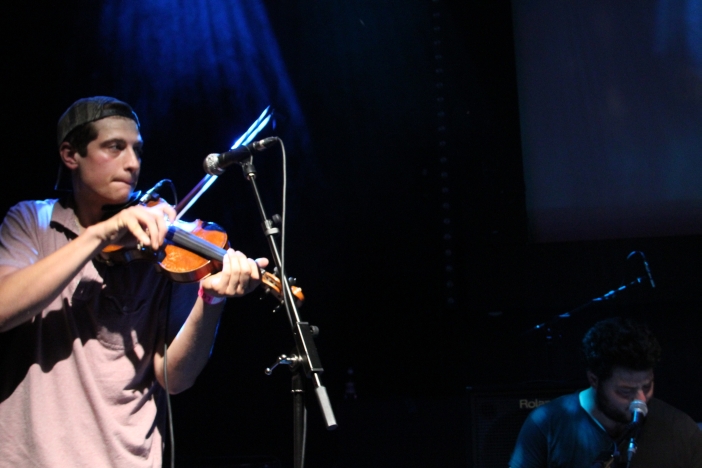 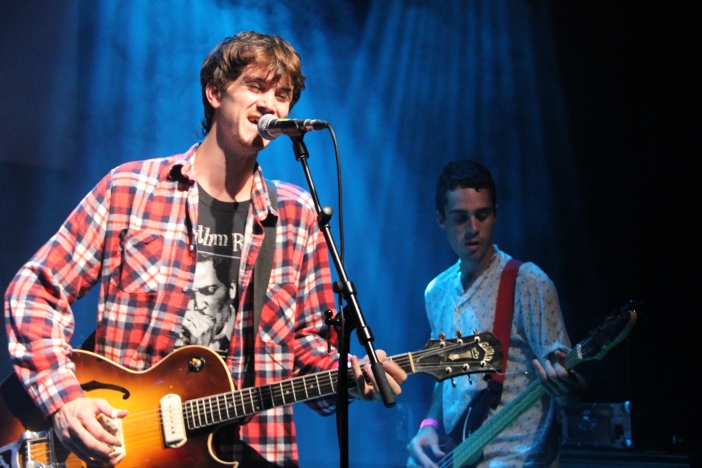 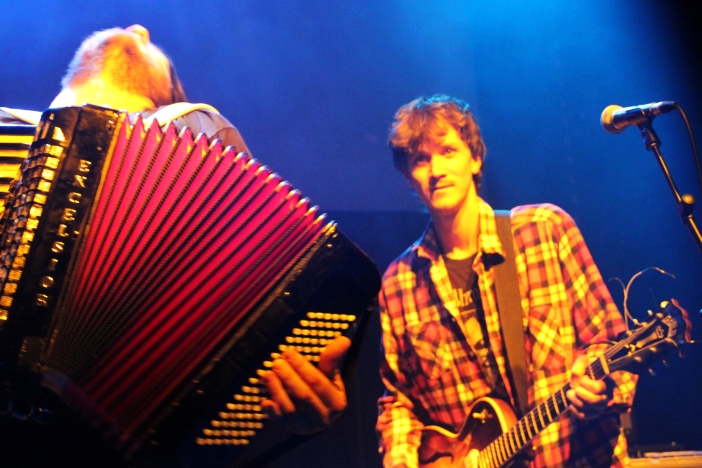 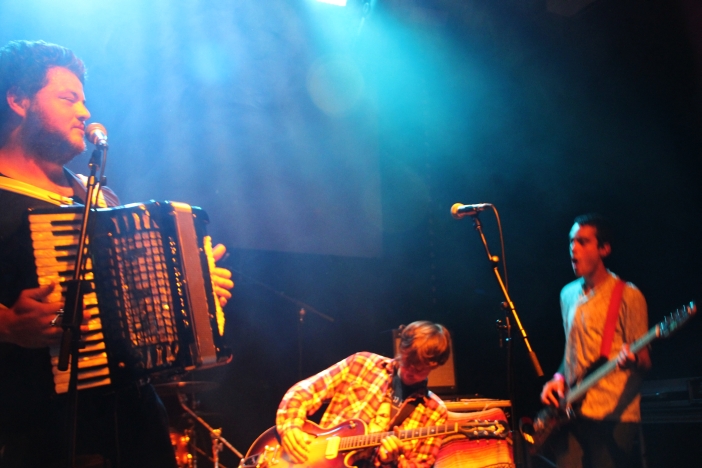 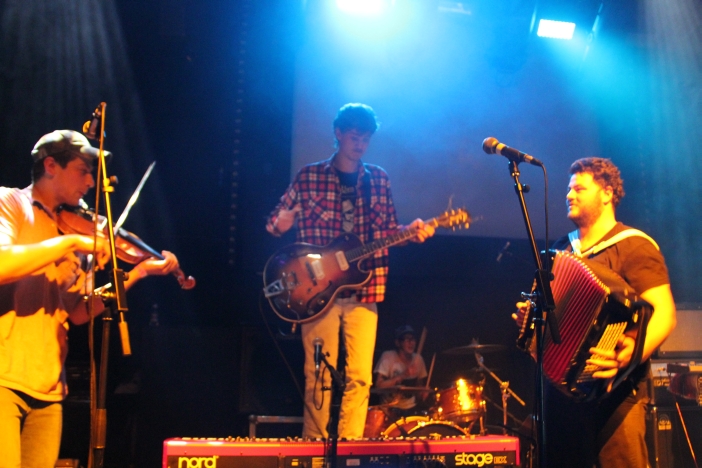 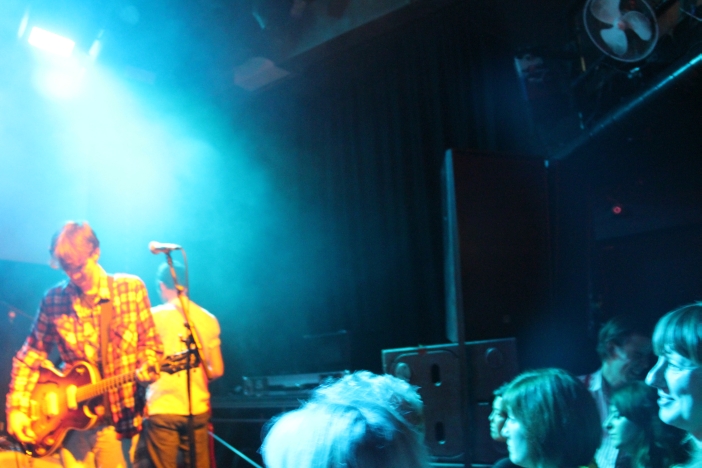 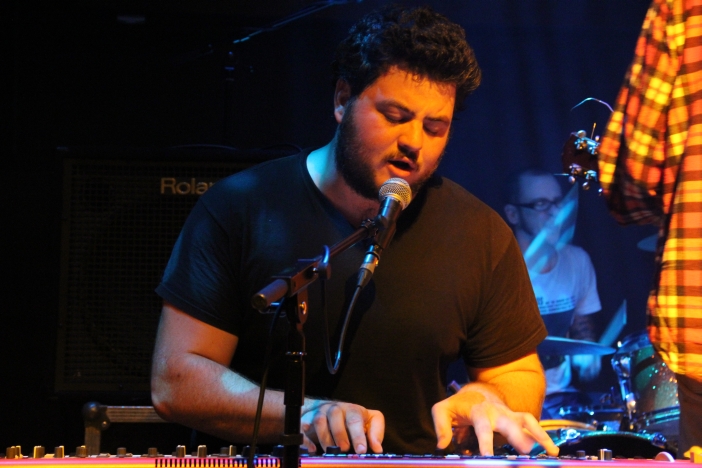 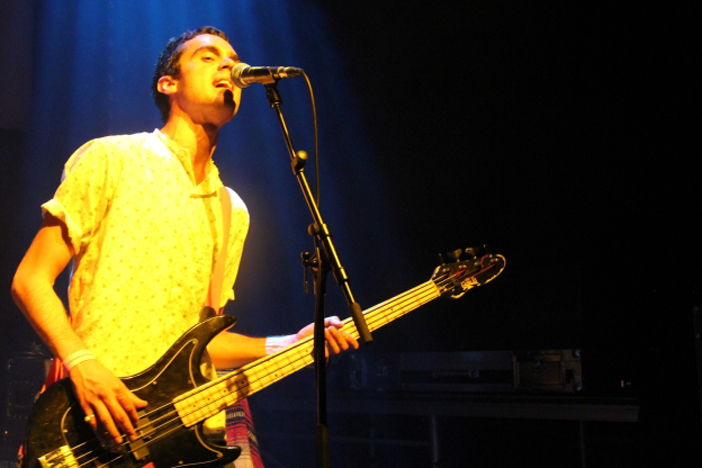 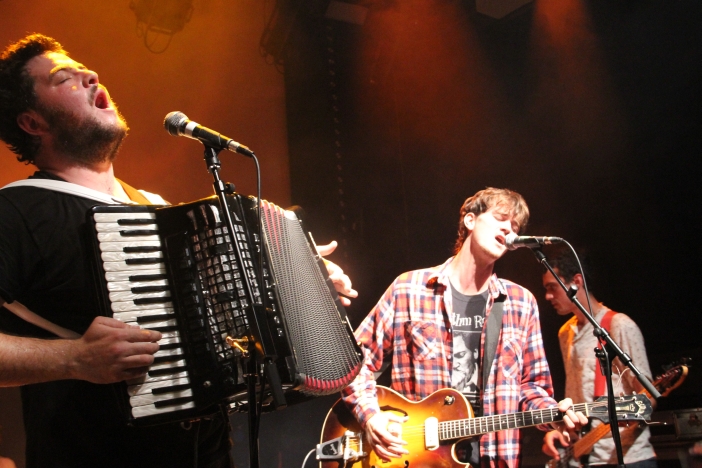 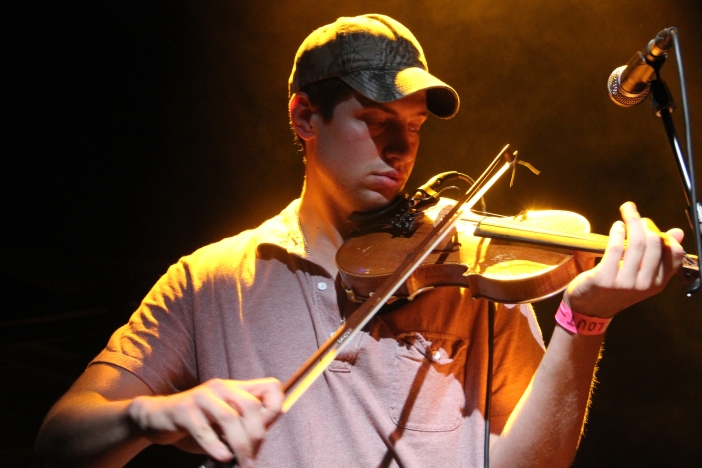 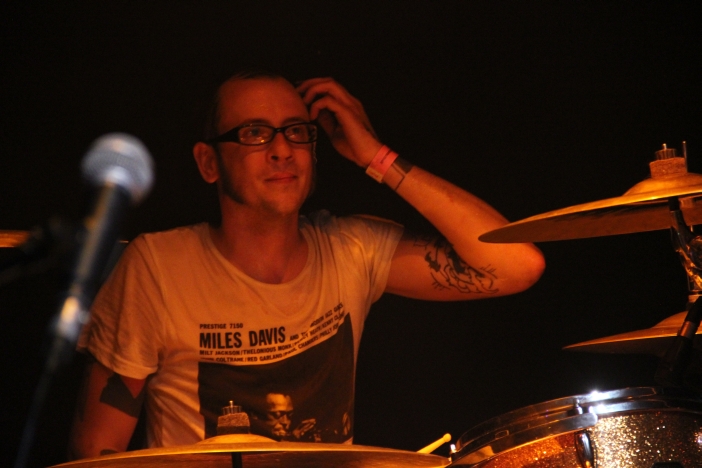 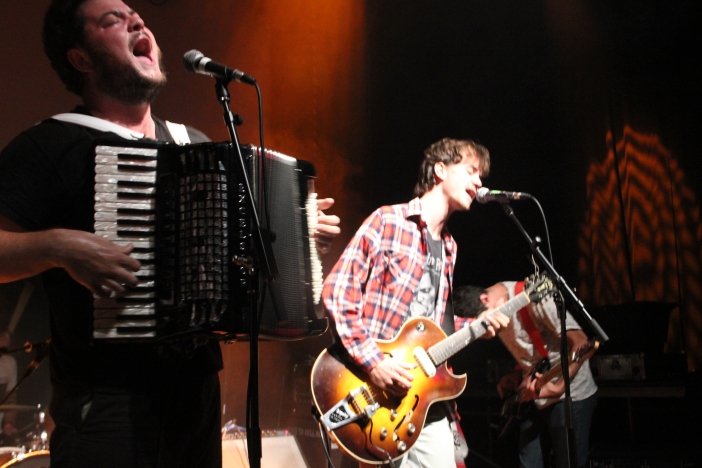 New York state’s Felice Brothers came to the Haunt as a five piece, with some newly acquired electronic toys (housed in a box stamped ‘Gate to Hell’!) and their regular passion-filled folk rock. Fortunately, the fear that the brothers had turned into a fully fledged electro-indie band was unfounded, notwithstanding fiddle player Greg Farley’s baseball cap.

The venue was packed and the crowd enthusiastic, enjoying the obvious enthusiasm and energy of the band’s music. The Haunt’s sound and lighting seemed to treat the first half of the set as a soundcheck, which was somewhat unfortunate as it meant it took a little while for the band to really get going.

However, in the second half they surely did and put on an energetic and charismatic performance, with a rousing set of new songs from ‘Celebration, Florida’ and old favourites like ‘Whiskey In My Whiskey’ (a song played on the jukebox in an episode of True Blood) and ‘Frankie’s Gun’ (the song the family singalong to at the end of the BBC Sitcom ‘Outnumbered’ christmas special of a few years ago).

James Felice looked like he was really enjoying being here and his enthusiasm infected the rest of the band, with brother and lead singer and guitarist Ian Felice playing with renewed energy.

Jon Southcoasting photographs all sorts, including music, writes about things, as often as not musical, and sometimes plays his own songs too. He lives in Brighton.
← PREVIOUS POST
Toots & The Maytals Review
NEXT POST →
Save Our Shops
Mailing List
Recent Posts
Website developed in Brighton by Infobo
Copyright © Brighton Source 2009-2019
The Felice Brothers Review - Brighton Source