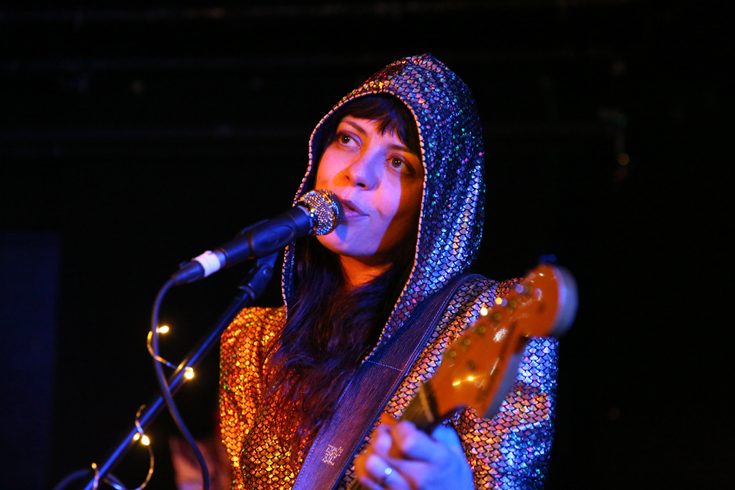 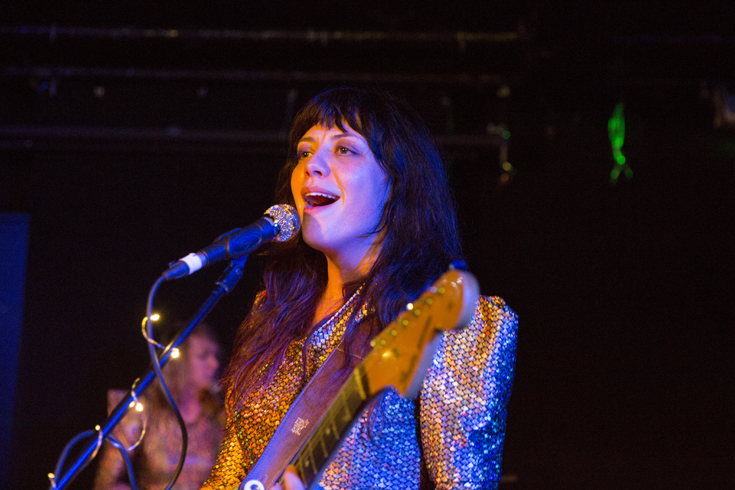 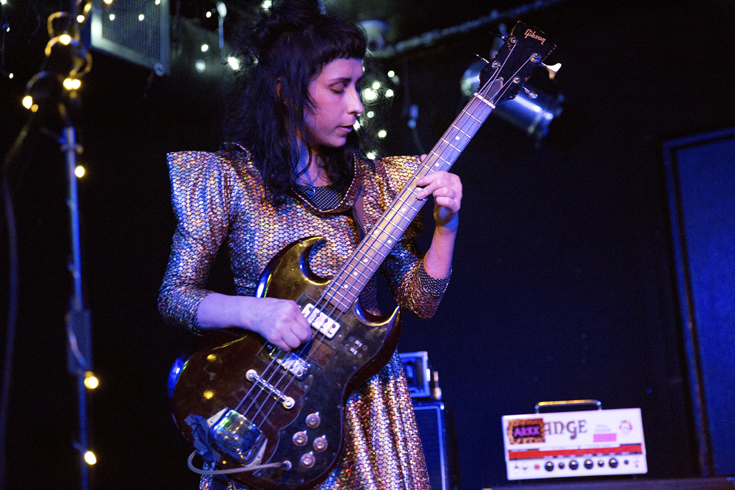 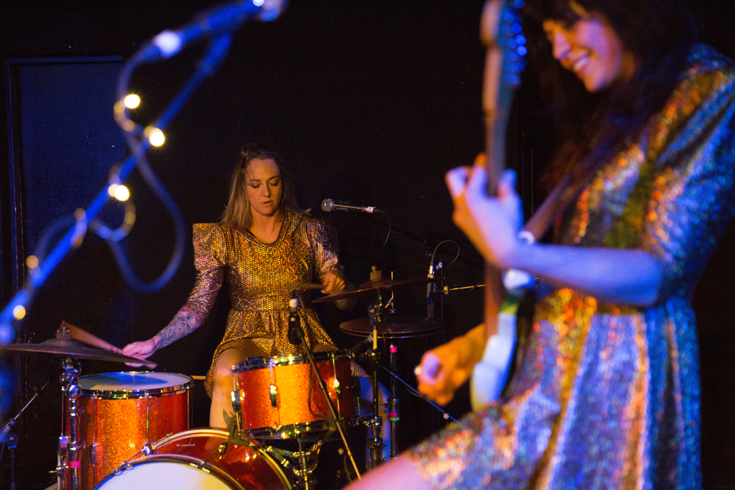 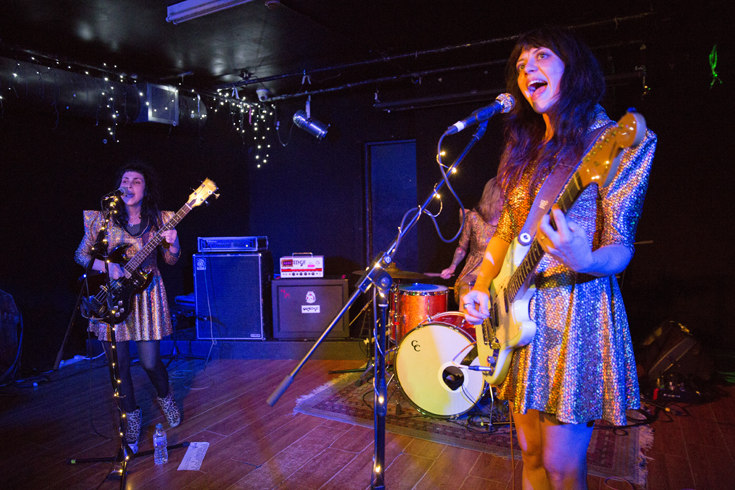 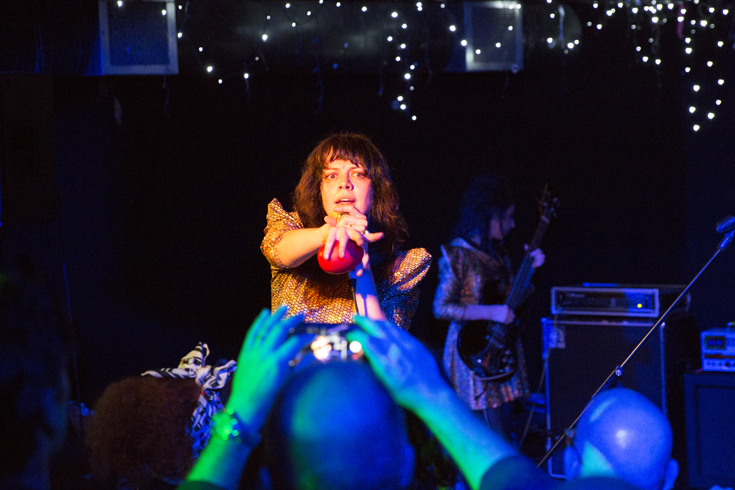 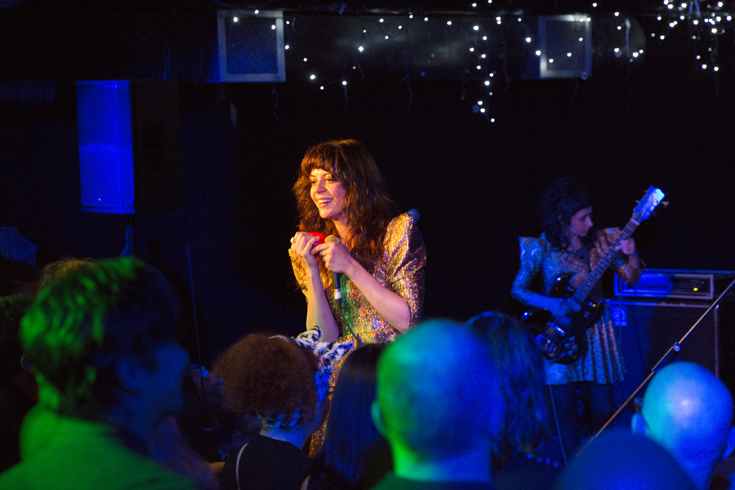 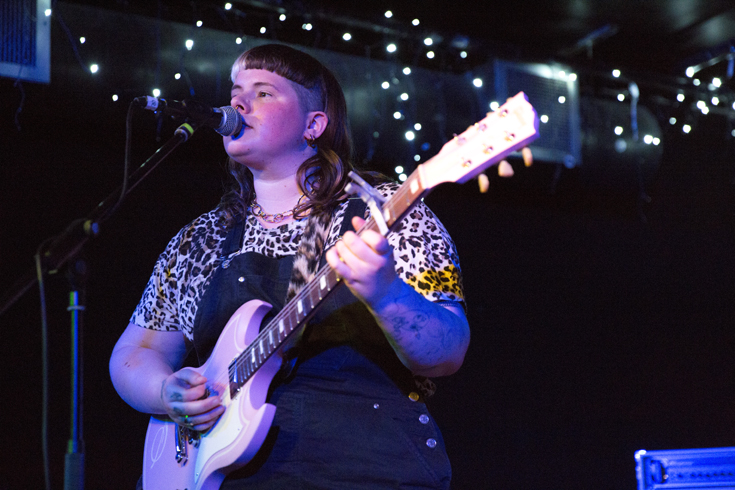 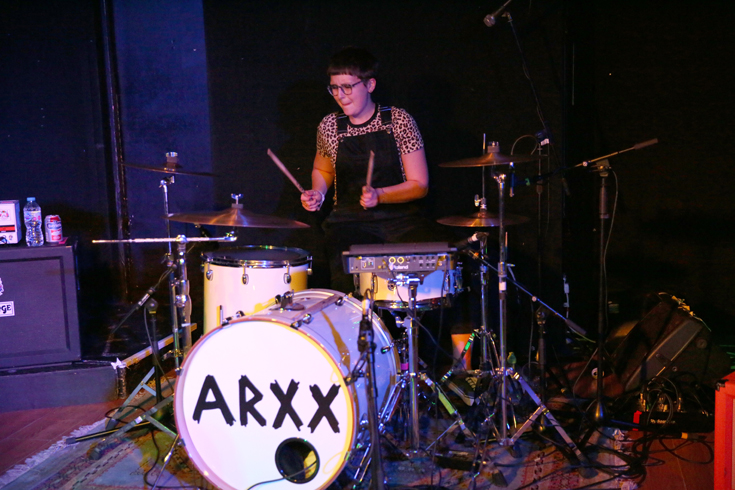 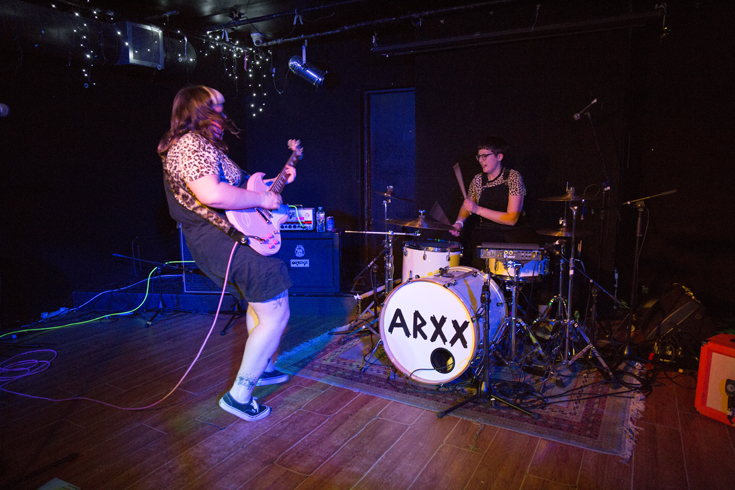 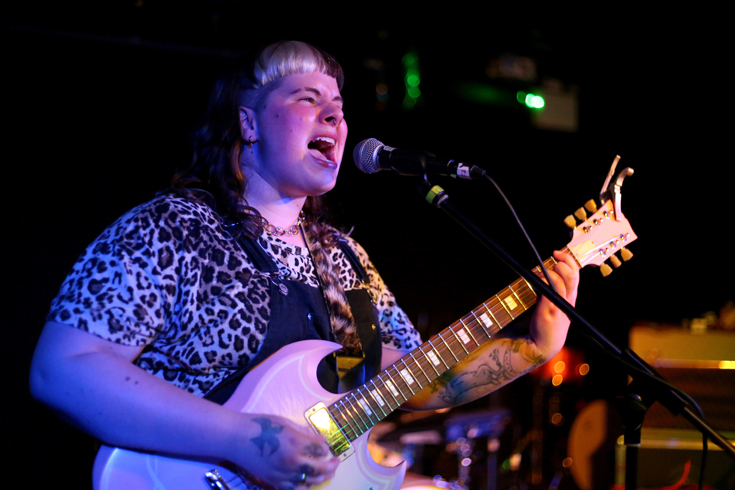 Tucked away on Manchester Street, near the seafront, is the Latest Music Bar, an intimate venue that is developing a well-earned reputation for the quality of its live acts. Tonight, there’s a punk vibe, with The Coathangers, fresh in from Atlanta, Georgia, topping the bill.

First up though are Public Body, a four-piece punk/garage band with the classic line-up of three guitarists and a drummer. Their music is of the moment, yet in the choppy guitar and relentless drive, we hear the raw energy of Gang of Four, The Fall and perhaps even Pere Ubu. Dark and visceral, the sound is leavened with nifty guitar breaks and laconic vocal delivery. ‘Hard To Concentrate’ and ‘Office Environment’ from their recently released EP go down particularly well with the crowd.

Next on stage are Brighton ‘gal pal duo’, ARXX. Hannah is the guitarist and lead vocalist. Clara is on drums. Together, they create a big, beefy sound that is way more than the sum of its parts. The music spans genres, from the post-punk of ‘Tired Of You’ to the country vibe of ‘Stuck On You’; both tracks off their excellent ‘Daughters Of Daughters’ album. They conclude with ‘Iron Lung’ – “another song about being dumped” as Hannah notes wryly – which brings their set to a rocking climax.

Formed in 2006, The Coathangers – Julia Kugel on guitar, Meredith Franco on bass and Stephanie Luke on drums – are a punk band and proud of it. They’re committed to tackling big issues (the opioid crisis, abusive relationships, gun crime) through short, sharp songs. Yet despite the weighty subject matter, the bounce, the self-deprecatory delivery and the sheer fun they’re clearly having all ensure that the set is never less than giddily upbeat.

Kugel is first up. She takes the mic and delivers a heartbreaking solo version of ‘Lithium’; “One pill. Two pill. You’re my new friend,” she croons. It proves to be the lull before the storm. As the final chords fade, Franco and Luke take their places and the band launches into a blistering performance of ‘Watch Your Back’. In this, and many of the follow-up songs – ‘Burn Me’, ‘Captain’s Dead’, ‘Shut Up’ – the twin vocals are remarkable. Julia Kugel’s voice is higher, powerful, a tad yelpy in places, while Stephanie Luke’s voice is deeper and gravelly. Their voices work together to create something truly special.

“This song’s about me,” Kugel announces as she introduces ‘Bimbo’, the poppiest track off ‘The Devil You Know’. The statement is, of course, meant ironically. No one in the band could do bimbo if they tried; they’re far too self-aware. But the song proves to be a moment of comparative lightness, before they launch into the blind rage of ‘F The NRA’ – as the track is listed on the album, though not exactly what they sing!

When the band started out they could barely play their instruments. That certainly isn’t the case today. Meredith Franco’s bass licks are both kicking and melodic, while Julia Kugel’s guitar work is never less than outstanding. The real standout, though, is Stephanie Luke’s phenomenal drumming. During their well-deserved encore, Kugel produces a ‘found’ instrument. It is a squeaky ball – the kind you give to small children or dogs – and the band give us a rip-roaring version of ‘Squeeki Tiki’. Two dozen songs in the course of an hour, each one impeccably delivered. It’s been a great evening!