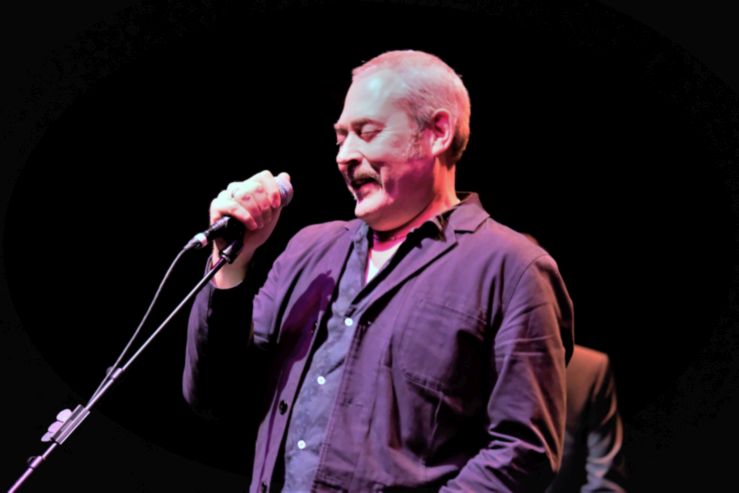 This was the only UK show of a tour that sees the Europhiles playing all over France and the rest of Europe before returning for a handful of shows in May. The band entered to the Midnight Cowboy-esque harmonica of David Boulter’s ‘A Street Walker’s Carol’ and went straight into The Amputees, one of the standout songs from the new album No Treasure But Hope. As ever, it’s Stuart Staples voice that commands your attention, repeating the “I miss you so bad” refrain.

The band of sometimes 5, sometimes 6 depending on the need for an extra guitar assembled in a semi-circle around the singer, with a no-frills black curtain backdrop. As you’d expect the new album makes up half the set with all but the title track performed.

A huge cheer greets the opening guitar chords of ‘Pinky In The Daylight’, a beautiful song delivered with tender love and care and on ‘Trees Fall’ Staples used his voice so expressively building from a soft whisper to a triumphant boom. 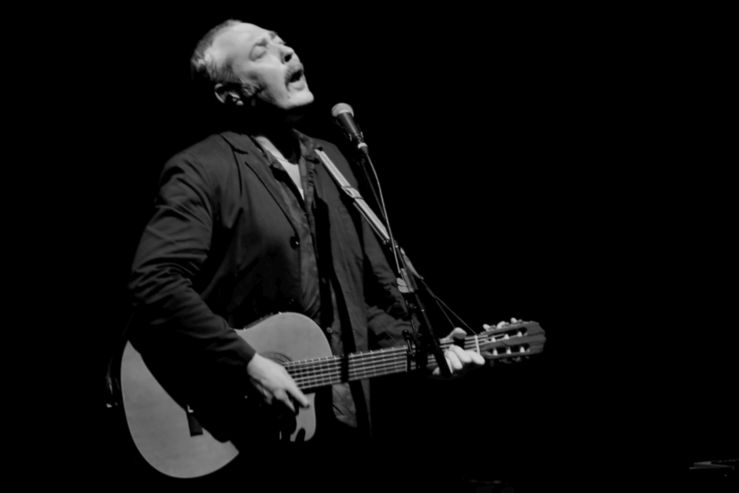 ‘Black Night’, a Bob Lind cover, could have been written for the band and is delivered pretty much unchanged but with Staples’ richer baritone voice giving it added depth. The pace speeds up with ‘Her’ from their 1993 debut album’s rolling drums and Dick Dale-style guitar with maracas and vibra harp adding a cheeky Mexican touch.

It was all play and no talk until Staples announced that he’d “come here to vote and caught a virus” but this seemed to have little impact on his vocals throughout the show. The set continued with ‘Carousel’, a lilting waltz with the band in spotlights and drummer Earl Harvin providing backing vocals. 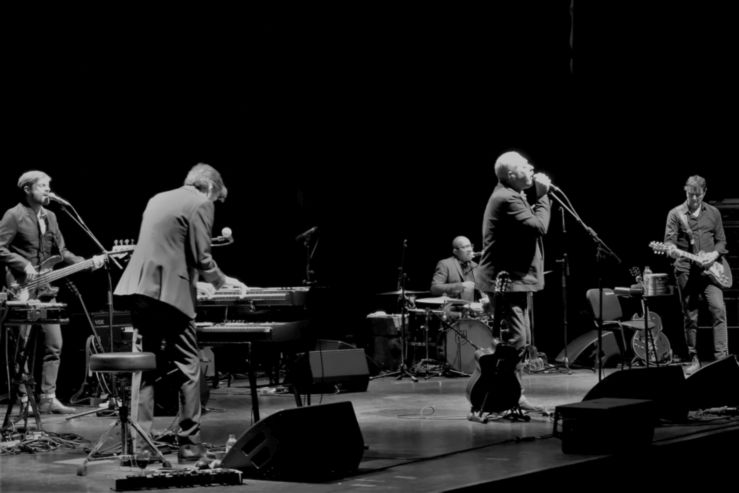 ‘Willow’ from High Life, their latest collaboration with director Claire Denis, is trademark Tindersticks – a tender ballad that feels quintessentially ‘European’ and cinematic, while there’s a searing, distinctly Gary Glitter, guitar sound on ‘Show Me Everything’.

‘This Fire of Autumn’ from the same album keeps the tempo up adding wah-wah guitar to an Americana-themed arrangement and a gorgeous ‘For The Beauty’ that began with solo piano and voice before the ensemble added synth and guitar shading wrapped up proceedings.

An unassuming “It’s been a pleasure playing for you, thanks for coming by” precedes a two-song encore that ends with ‘Take Care in Your Dreams’ – a soft lullaby that felt like a warm blanket on a cold night.