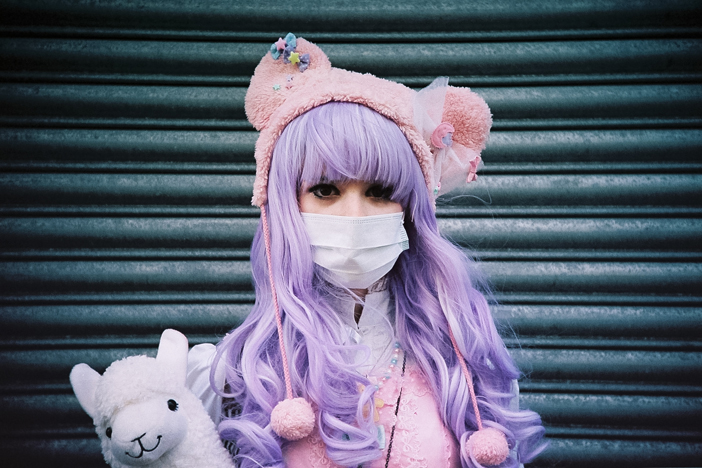 Each Sunday in Tokyo teenagers swarm the streets of Harajuku, living their lives for the day as if it were an anime comic. Darcy became obsessed with Japanese culture last year and since then has coveted the Lolita look, one of the many trends in Harajuku street fashion.

“It’s inspired by the Rococo era, but it’s very girl-like and elegant,” she says.  “It’s all about decoration: pastel colours, cakes, sweets and things.”

Brighton can be pretty out there in the fashion stakes but when we came across Darcy, who was on her way back from the Asahi anime festival, our eyes were really opened. “I get lots of stares but people are generally very accepting. Mostly people just ask to take pictures.”

Hat from Kawaii Kids
“Kawaii Kids is an online shop. I tend to get stuff online because it’s difficult to get stuff in England, except for comic conventions and Japanese festivals.”

Wig from Gothiclolitawigs.com
“My hair is a wig! I have a few so I can change the colour to go with what I am wearing.”

Mask
“Masks are a part of Harajuku street culture. People wear them on subways on the way to work so they don’t get ill but Harajuku incorporate it into their fashion and it is very common for them to wear one.”

Dress from Angelic Pretty
“Angelic Pretty is a Japanese online shop. It can be quite expensive buying all my clothes from Japan so I have to save up money by babysitting.”

Lamb stuffed toy
“I got this at a comic convention. They are usually found in arcades in Japan and are very popular in Harajuku because they are associated with the whole sweet, doll-like look.”

Ice-cream necklace, cupcake ring and socks from London Comic Convention
“I got these from stalls at comic conventions. The comic cons are a chance to get really dressed up but there is no competition to look the best. The whole Harajuku community is actually really relaxed.”

Shoes
“I ordered shoes online to wear at the anime festival I was just at but they didn’t come in time so I bought these ballet pumps and glued on pearlised bows.” 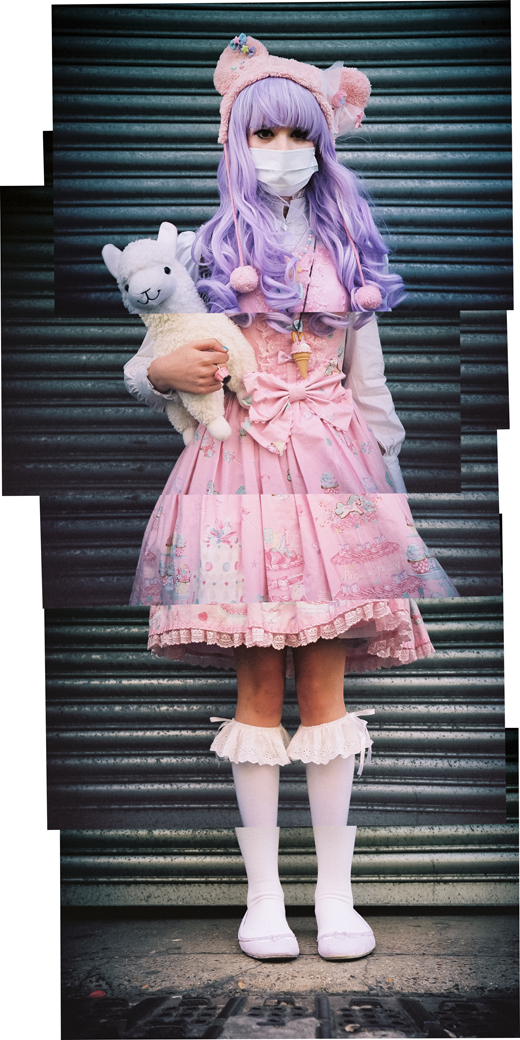