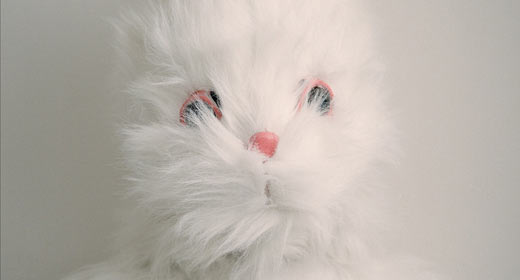 STEVE AYLETT Lint
A bizarre biography of the sci-fi writer Jeff Lint, who is both half insane and totally fictitious. Aylett uses the character to parody pop culture, but it’s the deadpan absurdity of the writing that really entertains – Lint’s scripts for Star Trek reveal Spock’s desire to be laminated, while his book about JFK reworks the magic bullet theory to account for every assassination across the globe. The reams of faked-up ephemera – from book covers to essays – compound the glorious pointlessness of the Lint universe until it’s hard to know which author is most unhinged. (BB)

JULIE BURCHILL Sugar Rush
A tale of sexual awakening in true Brighton fashion – the gay way. In short: Sex And The Seaside. It was a must-read for any noughties teen bored of the tame stylings of Jacqueline Wilson and the ‘Angus, Thongs…’ series. Burchill’s Guardian column was a deliberate cat among the PC pigeons of its readership – similarly the self-declared militant feminist describes her prose as ‘the writing equivalent of screaming and throwing things’. No wonder that for teenage girls Sugar Rush became the most exciting Channel 4 series of 2005, screaming out of the screen like Hollyoaks with a strap-on. (NM)

ANTHONY BURGESS
Inside Mr Enderby
Burgess lived in Hove for a time in the early 60s and it’s from here that he drew inspiration for his darkly-comic quartet of novels concerning repugnant poet Enderby. The book presents a grimy seaside town of flats and pubs which, while far from our hip city by the sea, is the ideal home for the endearingly flawed hero working at his poetry on the toilet. If you haven’t read ‘A Clockwork Orange’ yet, why not eschew it for Enderby instead? (AW)

NICK CAVE
The Death Of Bunny Munro
Two decades since his first novel, Cave turned his attention to both his adopted home and deep-seated lyrical depravation for Bunny Munro. As the titular anti-hero salesman takes to Brighton’s streets with his son, following his wife’s suicide, he embarks on a self-destructive spiral of sexy badness and booze, all the while pleasingly name-dropping local landmarks for Brightonians to tick off. The shoulder-shrugging moral insouciance depicted throughout the tale is a genius backdrop for what’s basically a simple exploration of fatherhood and mortality. Someone should make it into a movie. (NC)

PATRICK HAMILTON
Hangover Square
Though set mostly in the seedy bedsits of pre-WWII Earl’s Court, a particularly memorable chapter from this cult novel perfectly captures the darker side of our city by the sea. Following the misadventures of George, an alcoholic psychopath, Hassocks-born Hamilton describes a drunken weekend bender to Brighton which was meant to be romantic but tips into farce and frustration. A timely reminder that Brighton boasts as many broken dreamers with sore heads as shining stars. (MC)

JEFF NOON
Falling Out Of Cars
Information seeps out of books, images bleed out of billboards and a sickness begins to take over the world. With the virtual co-mingling with the real, those infected discover their normal state of mind is, in fact, one giant trip and lucidity can only be found through a daily dose of drugs. As the world unravels, a small band of ragtag travellers wind their way around increasingly confused roads to Brighton, where, as in real life, things only get more strange. (SLH)

Sometimes an article is a bit of a team effort, and those are tagged SOURCE Writers. If you’d like to be part of that team, hit the Contact link at the top and get your work on this website.
← PREVIOUS POST
SOURCE Virgins: Writing Erotica
NEXT POST →
Edward Hogan Interview
Mailing List
Recent Posts
Website developed in Brighton by Infobo
Copyright © Brighton Source 2009-2020
Best Books By Brighton Authors - Brighton Source