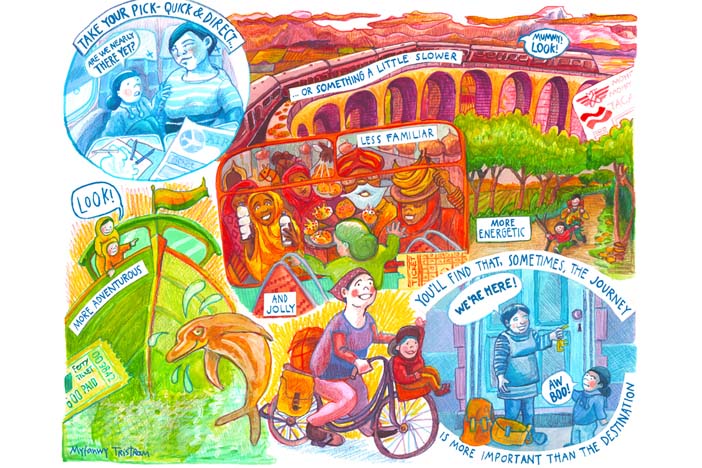 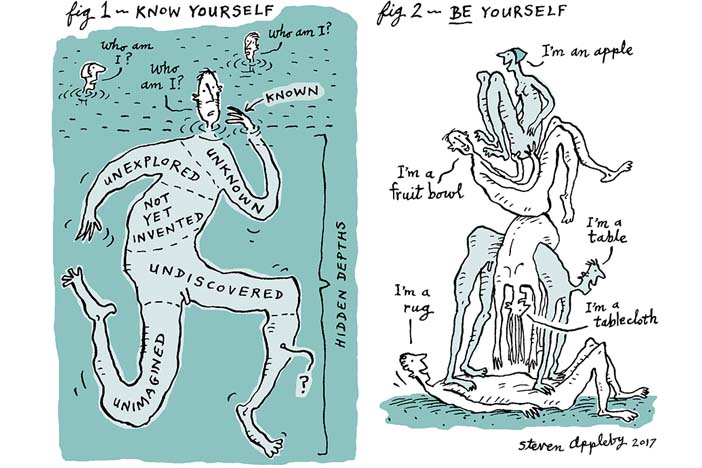 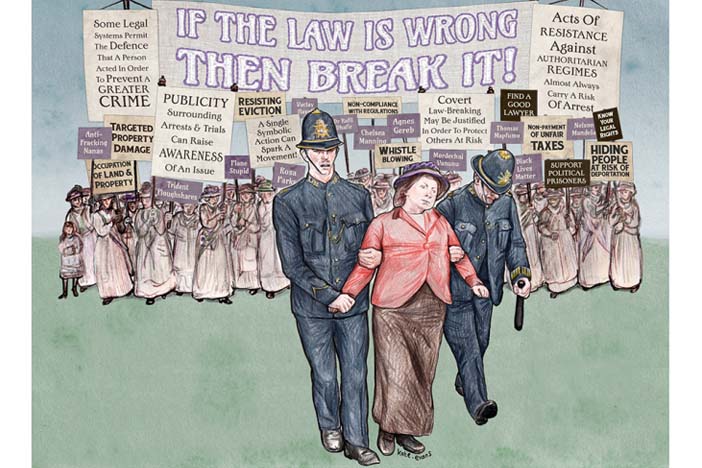 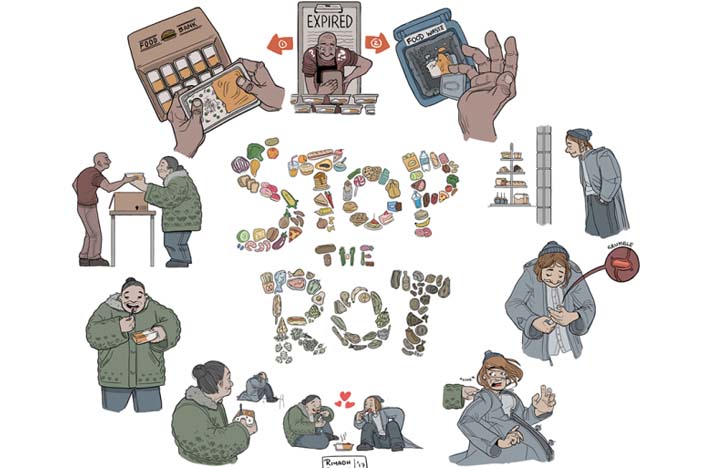 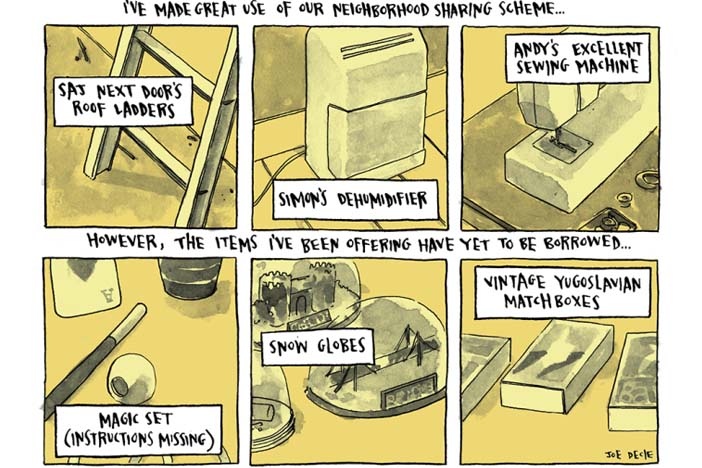 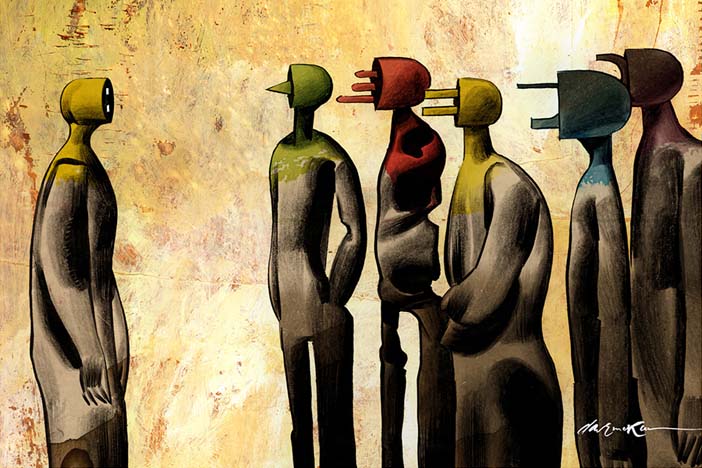 When Brighton based illustrator Myfanwy Tristram found herself wondering how she could share positive ideas for everyday engagement with politics and community, she turned to her first love: comics. The result was Draw the Line, a collaborative effort between graphic artists around the world, which yielded an online compendium of suggested actions we can take to improve society and make our political voices heard in an increasingly unsettling world. With an election looming, it felt like the perfect moment to catch up with Myfanwy and have a chat about how she and her friends rallied the comics community to their cause. 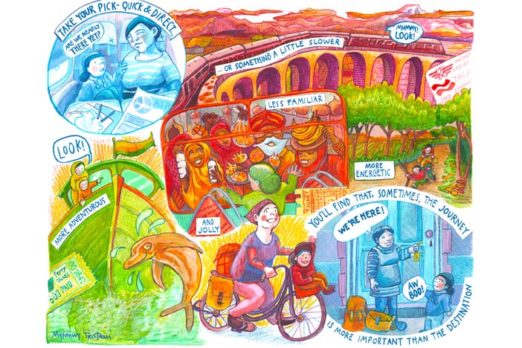 Tell us about Draw The Line. How did it come about?

It started in October last year. We knew the result of Brexit. Donald Trump wasn’t in power yet, but there was already an obvious shift politically. As somebody who draws comics, I began thinking ‘how can I make a difference?’ One day, on Facebook, I asked ‘What if we illustrated positive political actions? Would any of my comics friends be interested in taking part?’ At the time I expected three or four to say yes, but it got shared around. Karrie Fransman got involved. She’s a published graphic novelist who knows hundreds of comics people, and was coincidentally asking the same question on her own Facebook page. She was very proactive in pulling in lots of people. It quickly expanded into something bigger than I’d have ever expected. We got some really big names from the international comics world – Hunt Emerson, Fumio Obata, Dave McKean…

Have you been politically active in the past? Or was this a fresh avenue for you?

I work for a charity called mySociety. We make web tools and websites that give people access to democracy. We’re completely non-partisan, we just want to make it easy for people to understand what goes on in parliament, how you vote, what your rights are – and we do that in countries all over the world. I think that ethos fed into Draw The Line – we knew it had to be a non-partisan project. None of the actions in the project are anti left or right wing. 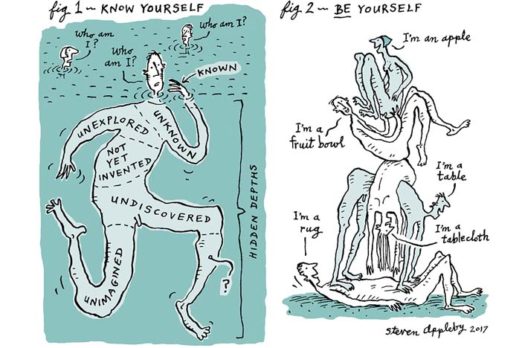 How did it develop from there?

We got everyone brainstorming a list of political actions that people might take. It started from very easy things like ‘wear a badge’ or ‘put a poster in your window’ – to the really big stuff like ‘organise a march’, or even ‘stand for election yourself’. At this point we appointed an admin group with five people – it was getting too much for just me. The final count was 120 artists. Some illustrated a couple of actions. We had more actions than artists, so there ended up being about 140 actions.

Is there a book in the pipeline?

The original idea to make it as a printed book was put aside temporarily – Karrie suggested we initially launch it as a website so people could share individual images online and spread them round. The content is all labeled as ‘Creative Commons’, so anyone can use it.

That sounds interesting – so theoretically each image can have its own life beyond the Draw The Line umbrella?

That’s right, the artist retains ownership but the licence is open to anyone. The idea is that any charity or organization can use it. So for example, if a women’s rights organisation or a migrant charity wanted to, they could pick out all the actions that help women, or refugees, and put them on their website, turn them into a leaflet etc. at no cost.

And the book is still on the cards?

I still really want it to be a book. There’s been a lot of interest from publishers, but for various reasons none of them have quite come together. It’s definitely something we still want to do but right now we’re deciding whether to self publish or push a bit more for ‘proper’ publication, having had such a positive initial response. What a publisher could do for us, of course, is the marketing and distribution – that part feels massive. And getting it into shops is what gets it outside of the comics community circle. I’d love to think that people who never really thought they were politically active would pick it up and find it appealing, and maybe think there were things in there they could do. 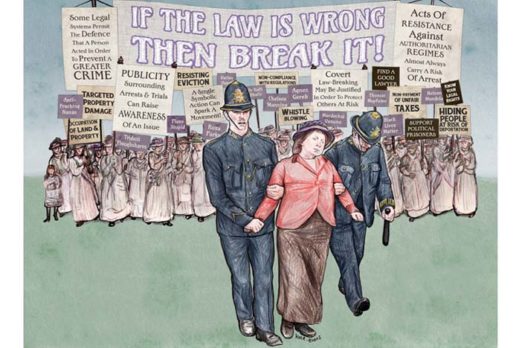 Do you think comics can really make a difference?

Absolutely. I’ve been looking at the work of Kate Evans – she used to live in Brighton and does a lot of politically motivated comics. She did a book called ‘Threads’ recently where she went across to Calais and did these beautiful first person accounts of meeting refugees. I think that helped me realise: wait a minute – comics really aren’t so trivial. You can move people’s hearts and minds if you do it the right way.

Is there a thriving comics scene in Brighton?

Yes, in part thanks to a monthly meetup called Cartoon County. We meet above a pub and have a different speaker every month. Lots of the Draw The Line contributors are from the Brighton area: Hannah Berry, Joe Decie, Zara Slattery, Simon Russell, Michi Mathias, Nye Wright, Daniel Locke. One thing on everyone’s minds at the moment, thanks toa brilliant piece by Hannah Berry in Ink magazine, is how hard it is for graphic novelists to make a living. So actually it seems like there could be another big comics campaign for us all to get our teeth into soon…