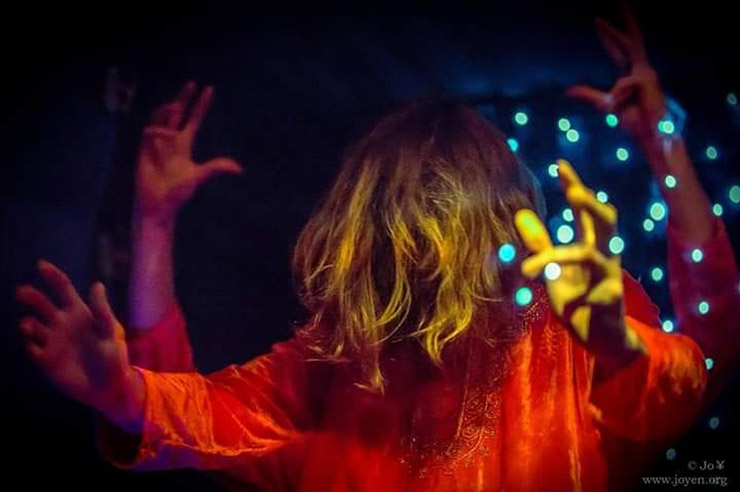 Inside The Universe Of Codex Serafini

We were first alerted to the Codex Serafini enigma at their debut gig, when they supported New York free-rockers and Castle Face Records signings Sunwatchers on a clammy soirée at the tiny East Street Tap in May 2019.

We’d been invited to see the sold-out Primal Scream show at the same time around the corner at The Haunt — but something about Codex Serafini’s press release lured us in. In it they describe themselves as “A Saturnian five-piece of interchangeable shapes masquerading as fact, lying in the uneasy boundary between surreal and fantasy… currently residing in Sussex.”

Now, that’s a bold statement of intent, but does Codex Serafini’s jazz-infused post rock do justice to their words? Have a listen and decide for yourself…

We meet up with the band on the astral plane and start by interrogating them about their name. It’s a clichéd question, but it has to be asked — because they took inspiration for it from a bizarre, phantasmagorical fantasy encyclopaedia called Codex Seraphinianus (pictured below), penned in an alien language by a guy called Luigi Serafini. It’s a work that invokes a spectrum of spirits, from Hieronymus Bosch to the 1973 animation Fantastic Planet. 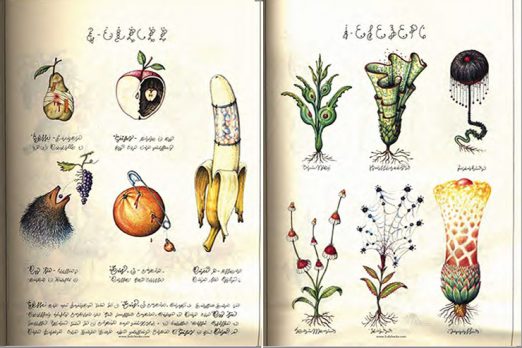 “We discovered the book by accident and found the illustrations fascinating,” the band transmit to us via the frequency of thought waves. “There were no limits to creating something disturbing and beautiful simultaneously. We bought the book shortly afterwards and looked through it for weeks, if not months.”

Despite their long trip across the cosmos to visit us in Brighton, it appears they feel at home here. “We consider ourselves part of the Brighton psych scene,” they say. “And Acid Box Promotions do a brilliant job in promoting heavy psych/kraut bands. Our first gig on Earth was with them and it was so surreal. We’ve met so many nice and talented people and made so many friends since arriving on your planet. We love the noise/heavy scene here too, we think it’s great. We love Physics House Band, Kalloused, Big Slammu, Mullholland, Human Leather and lots of others. 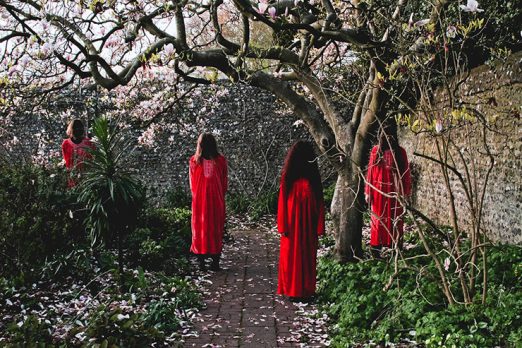 As you can see, there is a strong visual aesthetic at play here, although Codex Serafini are reluctant to reveal their identities. “We are all artists in our own way,” they tell us. “We love creating unusual things, experimenting with art and music and encouraging people to do the same. You don’t need to see faces or bodies to connect with someone on a deeper level.”

We wonder whether their shyness is linked to Earth’s widespread intolerance for altered states. “Our music is inspired by some altered states of consciousness,” they say. “And we think all humans should experiment with their own minds. It’s essential to get out of your head sometimes and jump into the unknown. We are not encouraging everyone to do that but if you are in the right mindset, do it. Sometimes you can really connect with the people around you on a deeper level that you cannot quite explain.”

The group recently supported Once And Future Band in Portsmouth, but they’ve only unleashed one track on us so far. So how long will we have to wait for more?

“Not very long! There are big things coming up soon that we cannot wait to share with you all, and take a cosmic trip to the moons of Saturn, on the fountains of Enceladus.” 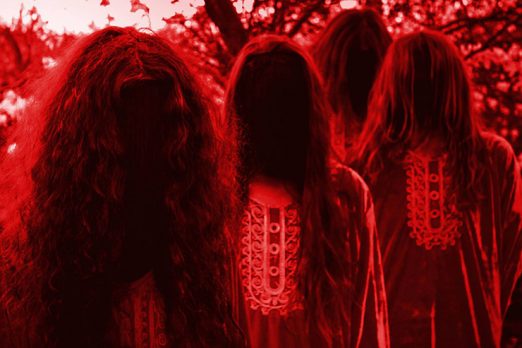 Well… as much as we love Primal Scream, if it comes to a toss-up between getting our rocks off and tripping around the fountains of Enceladus… we’re refuelling our jetpacks in preparation.

A magazine journalist and former BBC minion, Gaz's words can be found in publications ranging from The Radio Times Guide To Films to 1001 Songs You Must Hear Before You Die, as well as on his blog The Wine Ninjas . He plays drums in a psych band, and once fell into a frozen lake in Transylvania.
← PREVIOUS POST
Brighton's Oldest Co-op Turns 40
NEXT POST →
Mclusky Review