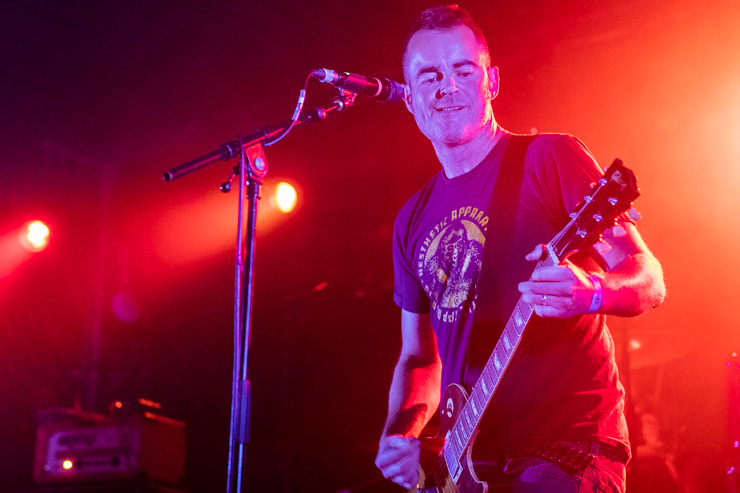 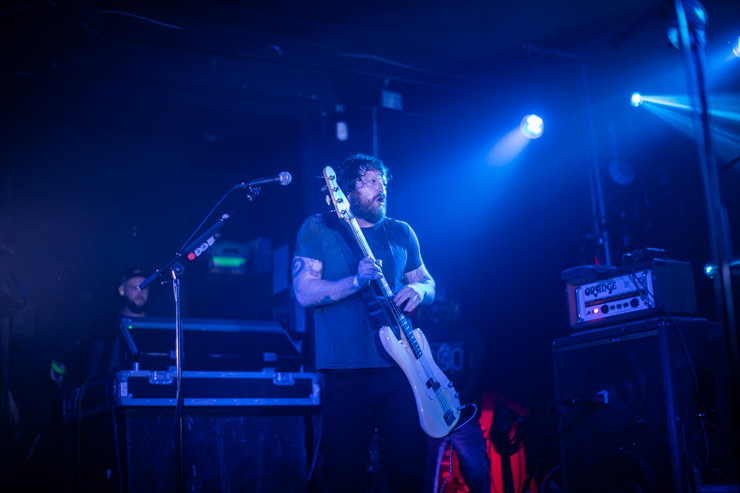 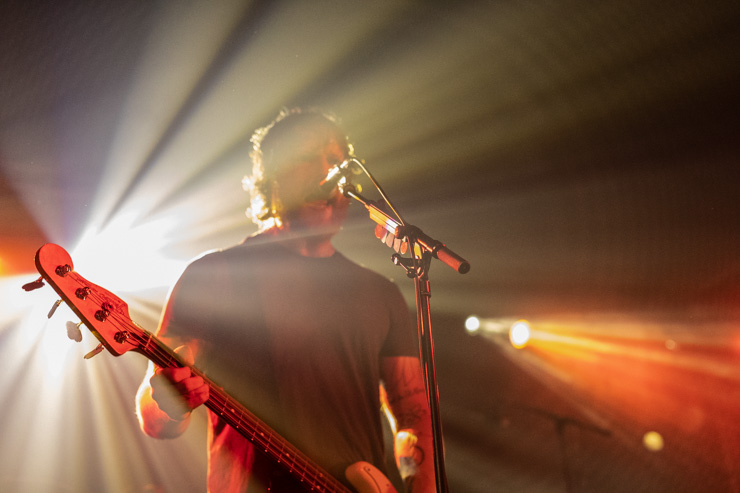 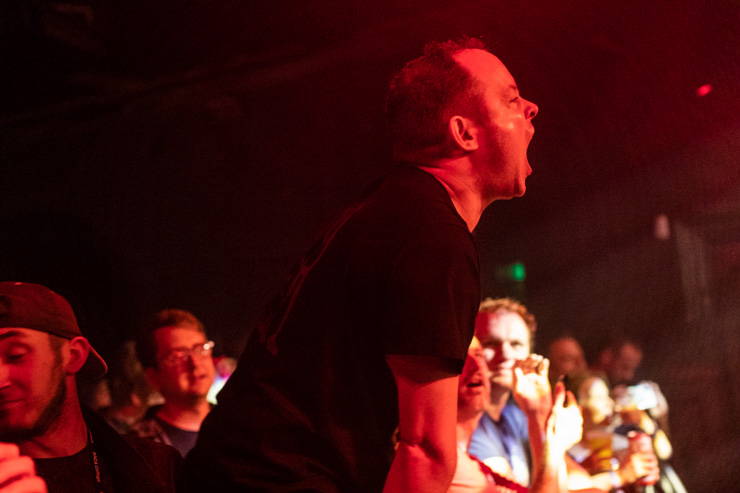 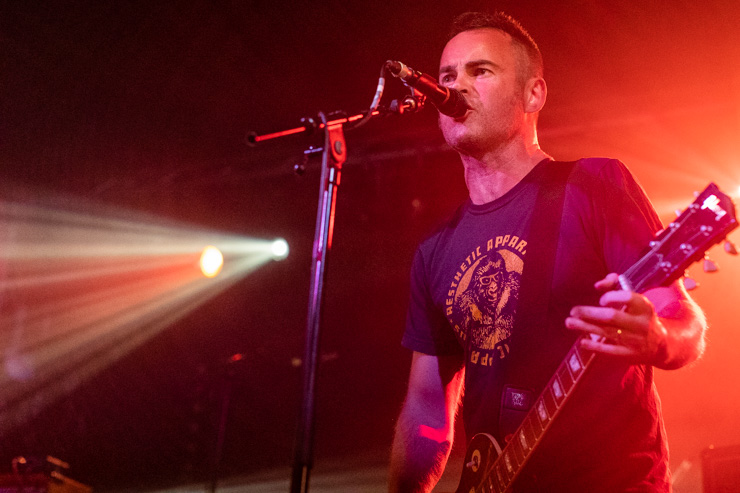 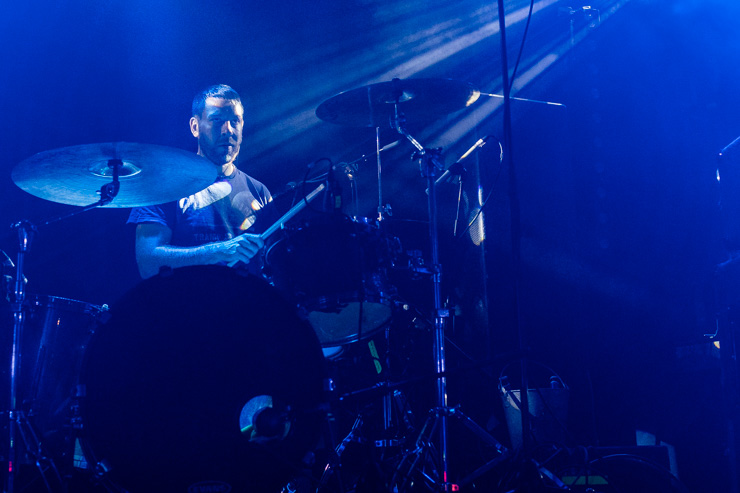 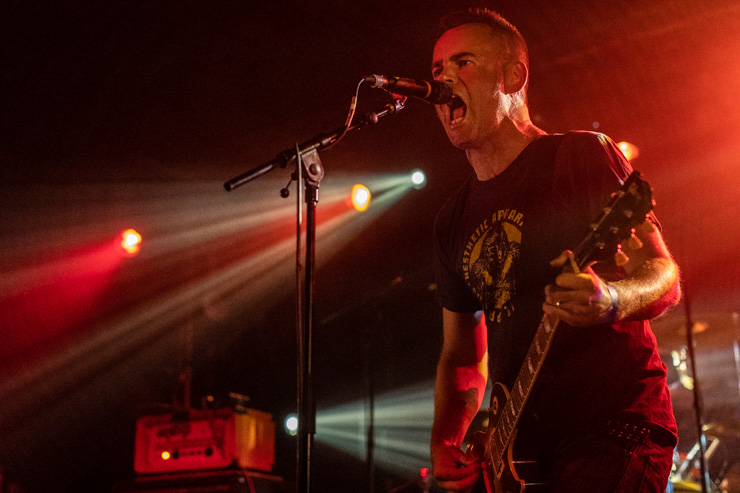 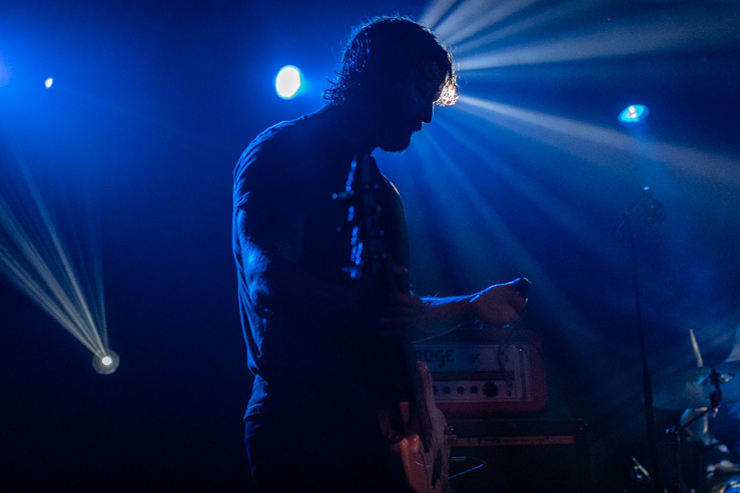 After splitting in 2005 Mclusky have had a 10-year hiatus filled with projects including Future Of The Left. Even though time has marched steadily on, their music still sounds as fresh and relevant today as it did then – much in the same way as Pixies’ stuff still stands up. Not bad for a band that started life in the Anglian Windows call centre in Cardiff.

Mclusky are great fun to watch. Their sound is brutal and fuzzy, yet their stripped-back punk songs come with a pop sheen and are often welded to comedic and abstract lyrics. Starting off with ‘Fuck This Band’ the pace picks up quickly and in just over an hour we get 19 songs.

Frontman Falco has a cracking sense of humour that meanders from ripping on Eric Clapton, scoring his songs out of ten and giving us the running time of others. Bass player Damien Sayell (also from The St Pierre Snake Invasion) is also on hand to inject some powerful vocals and gentle crowdsurfing.

The crowd is a varied bunch. The majority of people seem around 35, but there are a surprising amount of much younger fans. Age aside, you can’t help but smile at the lyrics: “My love is bigger than your love/We take more drugs than a touring funk band” or “Fuck this band/Cos they swear too much/It’s an obvious ploy/And irresponsible”.

The band and audience seemed to have a blast and, in a time of people attending gigs purely for FOMO, it is nice to see music being the sole reason – that is the point after all, right? As Falco sings in ‘Alan Is A Cowboy Killer’ – “We had crazy fucking times – till the VISA card expired.”

Dan is founder of Brighton based web agency Built by Buffalo who made the SOURCE site. After attending many gigs he decided to start documenting them with photos and reviews. When not nerding off about something or other he spends his time taking pictures, wrangling his cats and travelling with his girlfriend.
← PREVIOUS POST
Inside The Universe Of Codex Serafini
NEXT POST →
Metronomy Review
Mailing List
Recent Posts
Website developed in Brighton by Infobo
Copyright © Brighton Source 2009-2020
Mclusky Review - Brighton Source