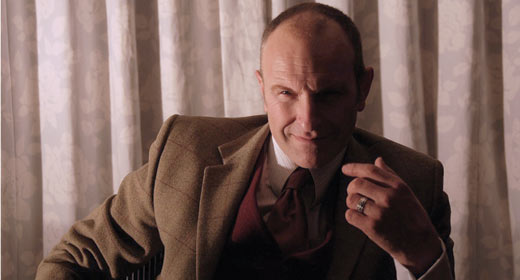 How did you start off in stand-up?
It was 1996. I didn’t really have a day job at the time; I was doing a bit of freelance journalism as well. It was very much an amalgam source of income – every little helps. Within a few weeks I was earning more from my gigs than it cost to leave the house, so from that point on it was all gravy. After about six months I started to think this could actually be my job. The self-confidence came quite quickly – with a lot of young comedians the jokes are fine, they’ve got comedy intelligence but the audience just feels tense when they can sense the comedian isn’t sure. It can take a while to get round that, but it all clicked quite quickly for me.

Has your act evolved since then?
It’s become slightly more defined but it was always quite supercilious and superior. The first couple of gigs I wore black jeans and a leather jacket – I thought I was a bit rock’n’roll but I sensed quite quickly that wasn’t how the audience perceived me or indeed what I was doing when I got up there. Then I found a red velvet smoking jacket. That set the tone really, a bit more lounge lizard, Leslie Phillips.

You’ve made reference to being educated, has that steered your comedy?
It must do. I mean, I did that line for a number of years but it was more a recognition of what I was doing already. I didn’t go to a fancy school at all. I think you have to be aware of what the audience sees in you – some things they buy, others they don’t. If you look at what they laugh at, you can see them going, yeah, that’s you. You have to try things out. There’s a philosophy of ‘fail fast’ which is basically trial and error but at speed – I think stand-up is best done like that, to react to what they’re laughing at and build on that.

How has the massive TV audience for stand-up nowadays affected the business?
I think people are changing their acts, but for the better really. People feel they have to strengthen or invigorate their act, throwing in bad language and controversy, to engage the interest of a roomful of comedy club drunks. But the sofa-seated audiences for McIntyre or the Apollo are probably in a better position to know what’s funny than a bunch of hen parties. There are more visible stepping-stones to world domination than when I started though, and there is definitely more appetite for stand-up than there used to be, and a wider idea of what a stand-up can do.

You mentioned controversy in some people’s acts – is anything taboo in yours?
No, there’s no subject I wouldn’t use. There are opinions I wouldn’t give credence to or appear to endorse. It’s a good question. I like to do material about racism without obviously wanting to be racist or wanting anyone to feel under attack. If you’re using irony you have to make sure it’s defensible, because there’s a certainty that someone won’t get it. Edgy comedy is good I think, working the edge of what’s acceptable to say is where the laughs are at their richest. But you will step too far occasionally and say something that, on second thoughts, is indefensible and that is a danger. Hopefully you’re judged on the entirety of what you do rather than the occasional line.

With Edinburgh looming so large, where does the Brighton Comedy Festival fit in?
Well, it fits in very neatly with me because I live here. I do think the Edinburgh Festival is a monstrously overblown institution though. It’s terribly difficult to make any impact if you’re not going up as a marquee name in a 3,000 seater. It’s such a gamble, it’s so expensive and you have to leave home for four or five weeks. It’s a massive commitment. So I think Brighton, along with other festivals like Leicester for instance, is making life a lot easier for comedians who want to perform full-length shows.

You’ve mentioned Brighton in your show a fair bit, what else can we expect?
All comedians have a word or two to say about where they’re from, but Brighton has loads of well known aspects and observations you can make yourself – yes, some do travel better than others. The show I’m doing is kind of a revamped version of a show I did last year; this will be the last date of that. It’s called Fringe Magnet, and it’s basically the perspective of a man in his mid-40s with a couple of kids and looking at the world through ever more deeply perplexed brows.