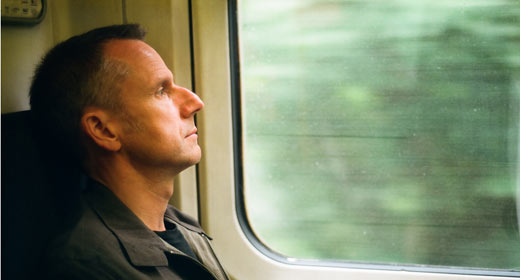 Kicking off in impressive style is the Opening Night Gala on Friday 7th, with Jo Brand, Jack Dee, Sean Lock and Mark Watson all raising money for the Sussex Beacon. This is the comedy starting gun for two weeks of performance across the Dome complex, in a well-curated mix of panel show household names and fairly safe-bet unknowns.

ALUN COCHRANE
Pavilion Theatre Sat 8th
Currently resting somewhere between Waterstones biography bestseller level and “I’ve seen that bloke somewhere…”, Alun Cochrane’s Moments Of Alan show arrives at something of a pivotal moment for the comic’s career trajectory. He’s taking what feels like the official 21st century route; honing his act in front of live audiences while building a national profile on the TV game show circuit. This show looks like a residency on Jonathan Ross’ sofa is already assured. (NC)

JEREMY HARDY
Corn Exchange Tues 11th
Jeremy Hardy is a dyed-in-the-wool comic and a stage regular since 1984. Subverting the mainstream medium through political leanings was predominantly an 80s revolution in fact, while he was cutting his teeth around the alternative circuit. But while Ben Elton’s “li’lbitofpolitics” approach is sell-by-date-stretching now, the socialist leanings of Hardy’s work continue to pervade all of his material, from this exemplary stand-up set to his regular Radio 4 appearances. (NC)

PAUL DANIELS
Corn Exchange Thurs 13th
Since TV bigwigs decided a small man with questionable hair performing magic in a silly voice was a bit crap really, Paul Daniels has had to fight for reinvention. Hair Today, Gone Tomorrow is a show that reaps the rewards of post-modernism as he self-deprecates his way through an evening of comedy and magic – probably as far away from Jerry Sadowitz as it’s possible to get. Inevitably the show also features The Lovely Debbie McGee, whose unquestioning loyalty to “the millionaire Paul Daniels” has never faltered. (NC)

DAVID O’DOHERTY
Pavilion Theatre Fri 14th
They say sarcasm is the lowest form of wit but clearly the lowest form of wit is the comedy song. But this dreadful genre – which we’ve even seen Stewart Lee tank with – has been reborn by David O’Doherty. Revving up his Yamaha keyboard (the sort you probably had as a child), his is the comedy of deliberate understatement and that British being-a-bit-crap thing we do so well. A self-deprecating mix of fantasy and literalness, best summed up by a song where Shakira turns up for sex and he sends her away in a taxi cos it just wouldn’t work out between them. (JK)

STEPHEN GRANT •
Corn Exchange Sun 16th
If you’re in Brighton and you like your comedy, it won’t be long before you’re sat in front of Stephen Grant or at least reading a retweet of his online domestic observations. A double award-winning compère of the Komedia’s Krater Comedy Club, Grant’s own act is a wit-propelled whirlwind of observation, punning and questionable taste – deconstructing his own medium as he goes – that’s become an annual festival favourite as well as playing successfully outside of Brighton. This hometown show is definitely one to shop early for. (NC)

SEANN WALSH •
Corn Exchange Sat 22nd
We interviewed Seann in the run-up to last year’s sold-out festival show, and the intervening 12 months have seen this local fella continue his ascent up the national ladder. His new show Ying And Young continues the rich observational seam that’s seen him propping the doors in his flat open with awards like Chortle Best Breakthrough Act and Best Compère, as well as being in Dave’s Top 10 Stand-Ups. See him now before you’re watching him on a screen from the very back of the Brighton Centre. (NC)

Nick Coquet is the former Deputy Editor of SOURCE. He also DJs on the radio, designs websites and stands about in the nude for life drawing classes. He's shaken hands with Meat Loaf and bumped into Keith Richards, just so he could say he's touched him.
← PREVIOUS POST
White Night
NEXT POST →
Simon Evans Interview