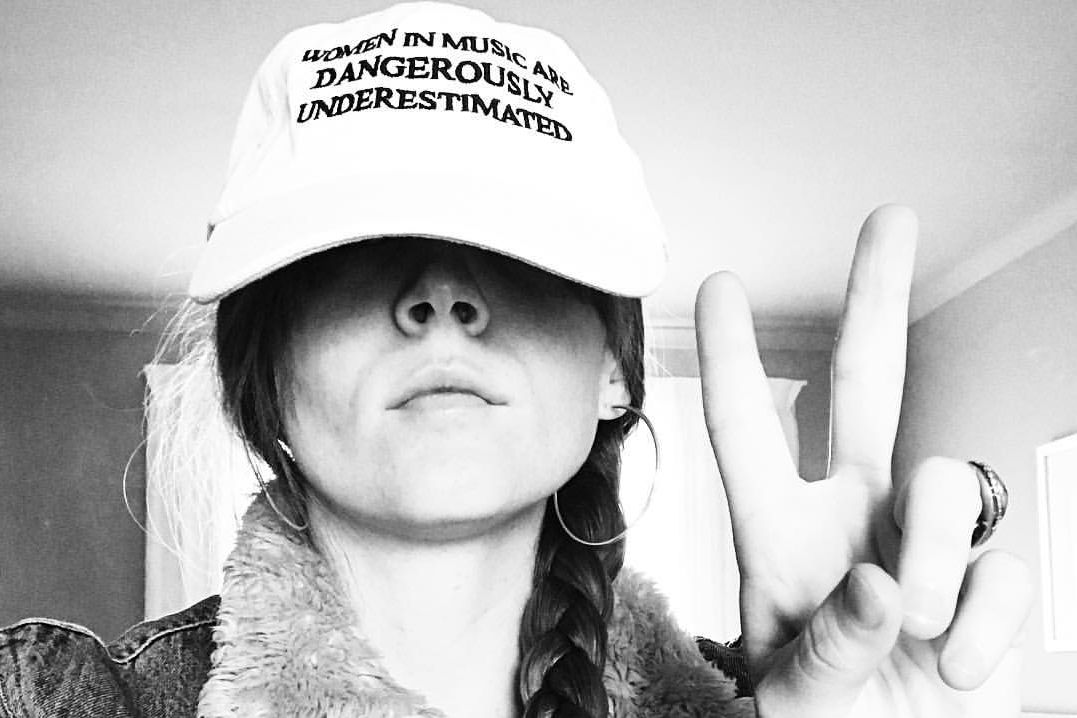 Courtney Marie Andrews’ stock has been rising high of late but the American singer has been making music for nigh on a dozen years. She started playing music as a teenager and began recording albums almost as soon as she discovered she could write songs.

Brighton Source spoke to Courtney about her latest album ‘May Your Kindness Remain’ ahead of her Brighton gig on 23rd April.

Did you come from a musical family?

No, not at all. The movies I watched as a kid were musicals and I loved them. In some weird way, I think I wanted to be Annie the orphan so I started singing to try and become Annie.

I saw people play guitar so I asked my mum for one and she had my uncle in New Mexico get me a Spanish guitar for about thirty dollars. It’s hard to know why, but it was always something I wanted to do.

All the musicians were weirdo outcasts at school and that kind of worked out for me. I had a hardcore phase being into punk for a while, but I felt that was pretty limiting in terms of melodies so then I began to get into folk and country.

You were named ‘International Artist of the Year’ at the UK Americana Awards and your last album ‘Honest Life’ received massive acclaim. The last year seems to have been pretty busy and it seems like things really took off. How have things changed for you?

Yeah, well I don’t have to work in a bar anymore. I’ve been touring for a long time and I did lots of gigs where there’d be like three people at a show, so to go anywhere and there be a crowd is like a dream come true. Now I can be on the road and play music full-time and that was always the goal so just being able to do that has been life-changing for me, personally. I’m really grateful.

So how did the new album come about?

I recorded ‘Honest Life’ about three years ago and I’m always writing so in some ways I felt I had been somewhat lazy. So I had a month in-between tours last year and recorded the new album then.

What drove you to write about kindness?

I am not a religious person but I guess I am spiritual and it was instilled in me when I was young to always be kind to people because you never know what they are going through. So I guess that’s what it is, a gospel for kindness. Sometimes we have moments of weakness and we are terrible people but it it about striving for empathy in a world that is constantly trying to strip you of goodness. 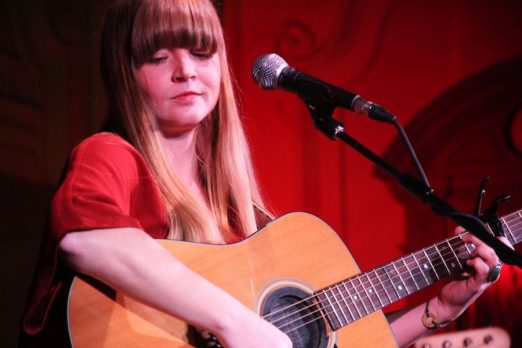 There are hints of gospel in the music…

It seemed like all my favourite records had gospel backing vocals on them and I always wanted that sound, so…

When the world is becoming a meaner place, on social media or in politics, adopting a gospel of kindness also seems like a political statement. Is that true?

It’s hard not to think about politics as a 27-year-old woman in 2018, it feels like it’s everywhere, in every thing and every conversation. I feel like I want to write songs that describe stories within a political time, so they do not become dated. That’s my approach.

‘Two Cold Nights In Buffalo’ is a good example of that. That’s a song about gentrification which is happening in so many cities around the world, but it’s not like you feel like you’re being bombarded [by political messages], it’s just a song about someone travelling through that story.

I also loved the way that song combines the individual with larger uncontrollable forces, such as in the lyric “El nino brought a blizzard, but the greyhound brought a boy”. The song ‘Irene’ (from ‘Honest Life’) seems similar. Do you have a specific person in mind when you write these songs?

The song ‘May Your Kindness Remain’ was a mixture of a lot of people but it mainly came out of a conversation I had with a friend who asked me not to change if I moved to LA, worried that I might become more shallow. It was almost painful to hear them say that, that they thought I could change like that. So I wrote this song about hoping that things don’t change you, rather that it’ll be the kindness that shapes you.

‘Border’ was another one of those stories, about immigrants who want to make a life for themselves in the US but are constantly told that they’re worthless. It was written specifically in response to a sheriff in Arizona, Sheriff Joe Arpaio, he is not a Sheriff there any more, who was very inhumane and cruel. So I wrote the story through an immigrant’s eyes to try to show that it’s not always easy if you aren’t born in a place where you can do something as simple as make a living for your family.

Songwriters like Randy Newman are able to write such well-informed and direct songs but with me it’s like I have the heart but when I write political songs I have to write about somebody who’s experienced it to convey the story. 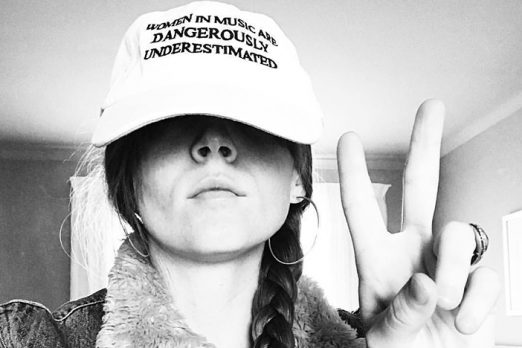 The Randy Newman I think of can be quite sarcastic and bitter, whereas your songs seem to have more empathy. You talk about “the rustbelt blues” in ‘Two Cold Nights In Buffalo’ and you seem to be talking about a Middle America that seems torn between its humanity and its bitterness.

Both those things. It’s about getting back to a connection and realising we’re all humans. It’s like an acceptance of a Middle America, where poverty is a thing here, but I don’t know, exploring the better feelings.

The song ‘Rough Around The Edges’ captures a really human sentiment too. Accepting that people are all flawed and that’s OK.

Well, I think loving someone is loving their flaws.

On ‘Border’ there’s a really nice jazzy organ going on. Who played that?

For the most part the album players are my usual band, but the organ player is another friend who I’ve wanted to play with for a long time and it just worked out. His name is Daniel Walker, and he’s a beast on the organ, amazing. And the singer C.C. White is a new addition as well, but everybody else played on my previous album ‘Honest Life’.

It’s also the band who’ll be on tour with me, although there’ll be a different organ player. There’ll be five of us. I like to try to get as close as possible to the album set-up.

I’m starting off in the US doing a four-week tour, and then there’s two weeks in Europe and seven nights in the UK. We’re really going for it.

The Brighton gig is 23rd April. You were also in Brighton working recently, is that right?

Yes, I was producing an album for a Brighton band and I was there for eight days. I am sure they will be fine if I name them, they are Oliver Spalding and Jack Watts, an Americana duo – well, they do other things, but this project they’re doing right now is Americana. They’re great musicians, great singers and great songwriters. They approached me and asked me to produce their record. So I was actually in Brighton for eight days and it was really fun, I had such a nice time. It’s a pretty damn beautiful city.

Interview by Jon Southcoasting.
Photos by Jon and (with cap) from Courtney’s Instagram.