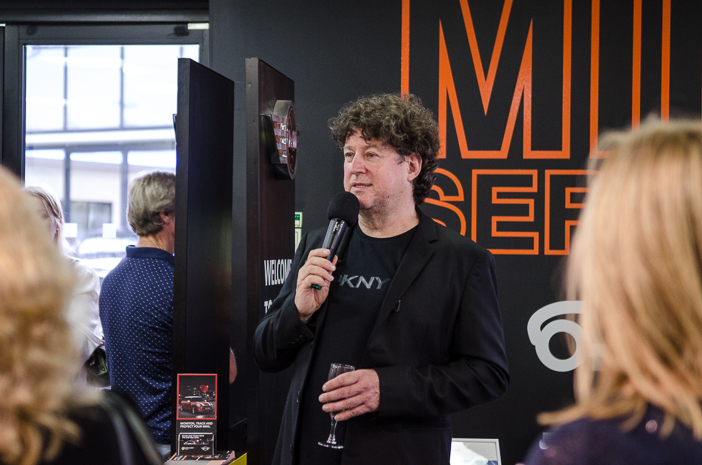 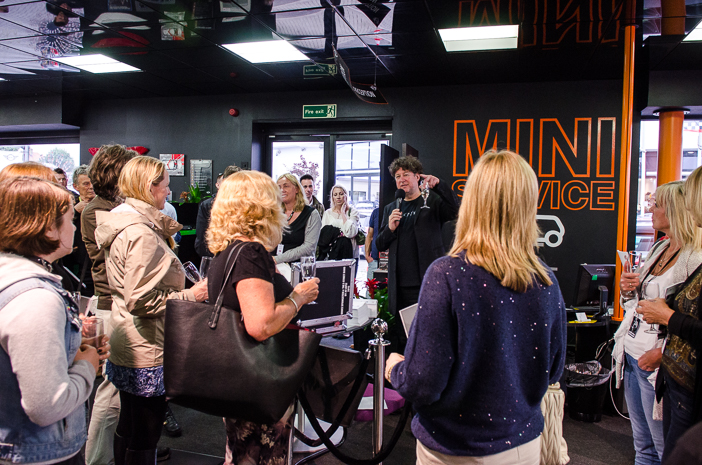 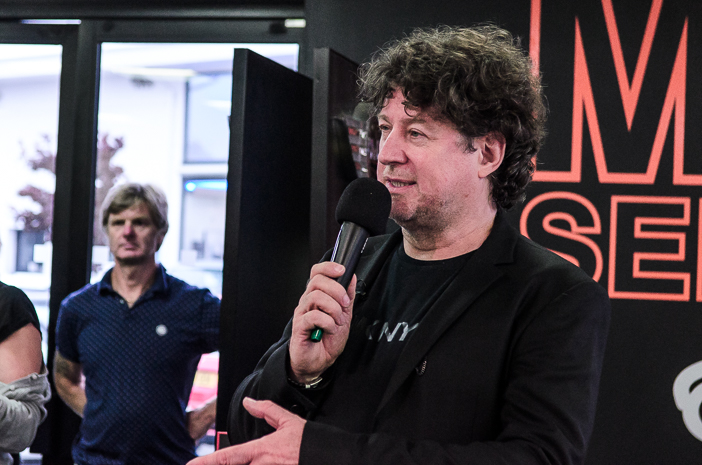 The Man Who Shot Bowie

Few people have had a surprise birthday led by David Bowie. Even fewer have flown around the world on a private plane with Ziggy Stardust. Denis O’Regan has done both – as well as shooting some of the grandest gigs in recorded memory with the likes of Queen and Madonna. But Bowie was the star who inspired O’Regan to take up his own art.

During the recording of Diamond Dogs near his London home in 1974, the young photographer persuaded Bowie to take him on tour with the intention of producing a book. Half a lifetime later, he’s standing in a Mini showroom in Portslade (his works, improbably, are on a tour of the brand’s sales centres), his prints lining the walls, framing Bowie as superstar, smoker, lounger. In one extraordinary capsule of beatific backstage communion, Bowie is sitting backstage in Los Angeles with Cher, Bette Midler and Michael Jackson, among others. 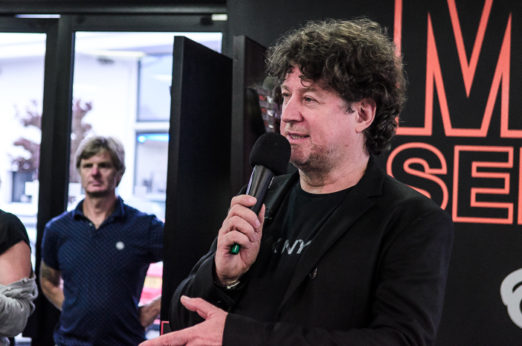 O’Regan’s first professional live gig with Bowie was in Newcastle. “It’s a sort of Che Guevara-looking print,” he says, declaring himself pleased with it. From then on, there are signs of Bowie’s allure everywhere. “If I arranged for someone to have their picture taken with David, they might say no. But if he asked them to have their picture taken with him, they’d always say yes,” says O’Regan, looking at a relatively candid portrait of Bowie holding forth around a restaurant table in Tokyo in 1983. “This was one of those evenings, actually, when I wanted to stay at the hotel but David wanted to go out to meet a singer and Ryuichi Sakamoto, who wrote the music for Merry Christmas Mr Lawrence, which David had filmed just before the start of the Serious Moonlight tour.

“He filmed it in the Pacific and then came down to Australia and shot the video for ‘Let’s Dance’ just before the tour started. David insisted I came out for the evening and I chose the picture, out of all the ones I took that evening, because of David’s pose, with the cigarette, which is something that figures prominently in a lot of these pictures.” 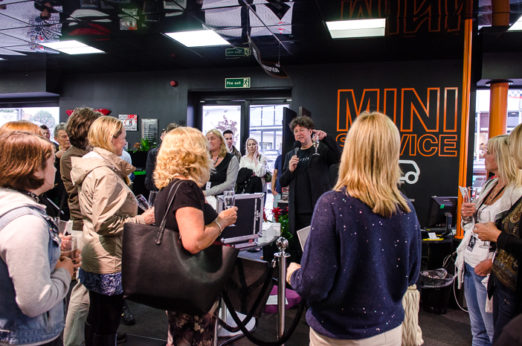 Bowie is almost always cigging. There’s another shot, from Hong Kong in the same year, when O’Regan “just wandered in to have a chat about something”, but then promptly got a great shot of a relaxed Bowie reading the paper. Amid the suffusion of starry reminders routinely portraying Bowie as the superhuman he might have been, O’Regan’s succession of unstaged pictures – something only his day-to-day involvement with his sitter could achieve – have an unusual warmth.

There’s one against dodgy wallpaper in New Zealand, and another in rehearsal in New York in 1987, showing Bowie alongside Peter Frampton (who joined him on the Glass Spiders tour), Carlos Alomar, who co-wrote ‘Fame’ with Bowie and John Lennon, and Carmine Rojas, the guitarist and composer with whom Bowie frequently collaborated. “Rehearsal studios were even worse than backstage, really,” says O’Regan. “The only good thing is you get to hear a lot of songs that don’t make it onto the tour itself. It’s interesting in that respect.” 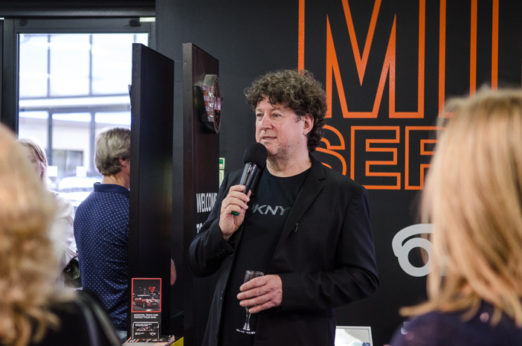 O’Regan watched Bowie’s life get increasingly crazy. In 1983, Serious Moonlight started out to audiences of 10,000 and ended up in stadiums. O’Regan praises Bowie’s coping abilities, which you suspect might owe something to a lifelong playfulness. “We were in Australia and it was my birthday the next day. Suddenly, at the last moment, David agreed to go out to do a TV interview. I didn’t notice – it was only pointed out to me later – but they said ‘why are you doing this interview? It wasn’t planned.’ He said ‘we’re out celebrating someone’s birthday.'”

“I didn’t know, at that point, that they’d arranged a surprise party for me at one minute past midnight that night. I had this huge suite – it was upgraded for me – it had three doors. I was going out with a makeup girl on the tour and I wanted to go out. She wanted me to stay in, so I was getting really grumpy. Then suddenly all three doors opened and the whole tour came in, led by David, who was using my camera that my girlfriend told me she’d lost. I have all these pictures of me just sitting there because I was shocked.”

You can see our photos and review of the ‘David and I’ exhibition here.

Ben Miller is a SOURCE feature writer and reporter.
← PREVIOUS POST
Octopuses Launch New Single To Save The Bees
NEXT POST →
David and I Review