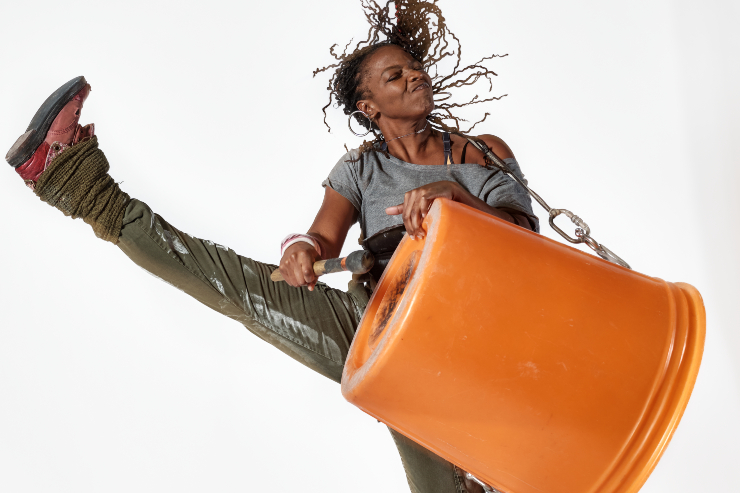 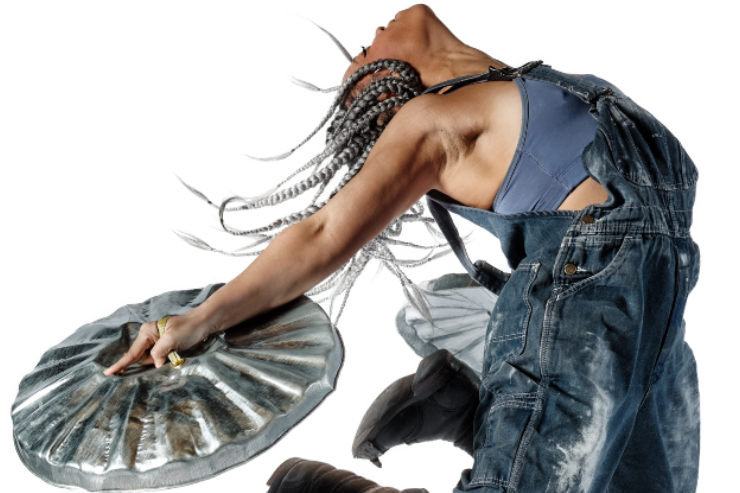 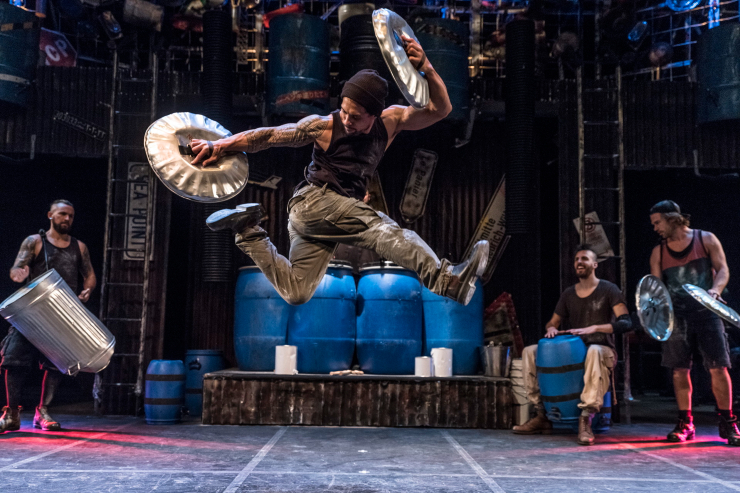 The theatrical smash hit STOMP is coming back to Brighton, where it all began, for a special run of shows to raise funds for The Old Market. SOURCE caught up with co-founder Steve McNicholas to find out more about the history of the venue and how the internationally-acclaimed percussion group came together more than 30 years ago.

In 1981, McNicholas was part of a comedy theatre group called Cliff Hanger. At the time, the building he would co-own 30 years later, built by architect Charles Busby during the 1820s, had spent a while as a food storage warehouse with its own bacon smokery. It had previously fallen out of favour as a riding academy and stable – polo games had been held where gigs are now played – and locals were said to have been unimpressed by the glorious example of period architecture adopting an industrial purpose.

Plans for a theatrical transformation had been formulated many years earlier. When they materialised, McNicholas and his Cliff Hanger collaborator, Pete McCarthy, performed a show upstairs. McCarthy had been inspired to create a street musical after seeing Luke Cresswell – McNicholas’s future Old Market co-owner who was, at the time, a skinheaded drummer in a street band, Pookiesnackenburger. “As it happened, it was also the summer of the wedding of Charles and Diana,” recalls McNicholas. “The performance space was on the first floor, right where our office is now. And so we used the space to put together the most ramshackle musical of all time.”

McNicholas wrote songs that the band played in an improvised script, called it ‘Rockabilly Voodoo’ and took it to a hugely successful run near the Royal Mile in Edinburgh. He describes the show as “completely bonkers” but still found time to create a cabaret evening, ‘Romance is not Dead’, held at the Pavilion Theatre for the night of the royal wedding. “It was all very much out on a limb, but from then onwards I became a full time member of the Pookies,” he says.

Busby’s building was also finding a more permanent identity, acting as a recording and performance space. An entirely new roof was built above the wooden beams, giving the theatre space its distinctive atmospheric acoustics. The size of the main house, too, gives it echoes of the legendary Brighton venues where STOMP went on to play their first gigs in 1990 and 1991 – the Zap Club, which is now The Arch, and the University of Brighton’s Sallis Benney Theatre on Grand Parade. Within three years, their winning combination of mesmerising drum beats and physical theatre had opened at Sadler’s Wells, been nominated for an Olivier Award and become a hit in the US.

McNicholas says that part of what makes STOMP such a perennial favourite in New York, where they have now been performing their longest-running show for 25 years, is the similarity of the venue they call home there to The Old Market. When they took over the Hove site in 2011, McNicholas changed the name of the venue because he felt that the Old Market Arts Centre sounded like “a further education college or maybe some kind of special unit in hospital.” “It didn’t sound very welcoming to me,” he explains. “We realised that also made for an even friendlier acronym, TOM. I wanted to use a tomato as our logo, but I was outvoted on that one.”

One of the design changes he did see through was the angle of the seating. “I’d seen lots of shows there over the years, besides all the time we spent here rehearsing or recording, and was always frustrated by theatre shows because there was no raked seating. And the staging was really dodgy. Bringing in more solid staging and installing retractable raked seating completely transformed the space. That’s what I was most proud of: allowing the space to see its full potential not just as a gigging venue, but as a studio theatre as well.”

The best part, according to McNicholas, was the “remarkable” swiftness with which the team changed the identity, reputation and vision of the place. That’s reflected in its status as a beloved setting for Brightonians, visitors and touring performers, becoming a staple of the Brighton Festival and Brighton Fringe with an often dazzling in-house programme combining technology and theatre. Now STOMP are returning for more than a month in a fundraiser for the venue as part of the Gig for a Gig series, in which established artists donate performances. The idea is to support the next generation of performers and boost the venue after the pandemic kept STOMP from tapping, trembling and thrashing those drums worldwide for two years.

“STOMP usually performs at the Dome in Brighton – and it’s been our hometown gig for many, many years,” says McNicholas. “But all of the STOMP performers know The Old Market from auditions and rehearsals or from coming here to film promotion.

“More importantly, the theatre has had a terrible couple of years. The Old Market, in the past, has always been supported by STOMP financially; with the show itself not having any income for two years, we felt the best way we could support it was by performing here and drawing people back to the theatre, back to live shows.”