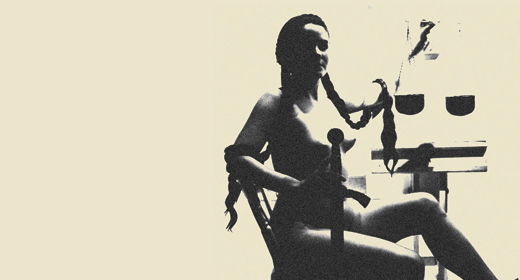 You might think the end of British Summer Time would be a bummer – nights drawing in and days colder than a witch’s teat. But those of us with glasses half full will be looking forward to an extra hour as the clocks go back, and what better way to spend it than in the company of Brighton’s second, and now officially annual, White Night Festival. Themed under an umbrella of Fortune and Chance, this is a citywide series of arts events, trails and installations – many are free and many run until dawn. Here’s a taster of some that caught our eye.

PHOENIX ARTS – THE FORTUNE FACTORY
In a loose tribute to Andy Warhol’s Factory in the 60s, where people wandered about out of their nut being arty and that while droning music played and oil lamps lit up the walls, tonight the Phoenix hosts an art happening. A huge programme of experimental eclecticism features live performances, artworks and music, followed by arts community lectures and discussions until the early hours. The event carries on at the Ocean Rooms courtesy of Playgroup, with live bands and French electronica until dawn.

KOMEDIA – DRAWING CARDS FROM THE DECK
You knew the spooky beginning of Roald Dahl’s Tales Of The Unexpected, with the spinning Tarot cards and the slinky dancing lady? Well those cards form what’s called the Major Arcana, probably the most definitive Tarot designs there are. Tonight you can be part of a life drawing class recreating those designs to create a unique gallery, using costumes and props and stuff. Some of the models will be butt naked, so try and bagsy The Lovers if you can.

BRIGHTON LIVE CITY SOUNDTRACK Brighton has always been a perfect inspiration for music and its associated hullabaloo – why else would the mods and rockers have schlepped all the way down here to knock seven shades of shit out of each other? Tonight you can join Brighton Live podcast trail of white earphone wearers as you traverse the city to an iPod soundtrack of interviews with its musicians, their music and surprise live performances along the way.

PRINCE REGENT SWIMMING POOL – DIVE IN MOVIES
We all like going to the cinema and we all like going swimming, oh yes. But why oh why has no one ever thought to combine the two leisure activities? It’s thus with great relief that we read about the Regent’s plans for this evening – you watch a film montage of classic swimming scenes both from commercial film releases and footage from local pools, while mucking about in the pool yourself. Usual rules regarding ducking, bombing and petting will doubtless still apply.

OLD PENNY ARCADE – SEAFRONT CAROUSEL
That eerie old penny arcade on the seafront has always scared us a little bit – it’s all a bit too redolent of old Scooby Doo episodes where the fortune-telling crone would have her mask whipped off to reveal Joe Oaf, the disgruntled handyman. Tonight they’re cranking up the atmosphere of a cobwebbed, out of season arcade with wonky old carousel music and vintage signs setting the scene for some potentially disturbing entertainment in the shape of performers hiding inside fortune-telling machine, freaking folk out.

Find your fortune the old fashioned way in this ancient-themed out of season arcade, with performers inside fortune-telling machines re-enacting classic amusements, with wonky fairground music, vintage signs and archana.

FABRICA – CHAMELEON
Taking the festival theme of Fortune and Chance to the max, this is a mass collaboration with art firmly in its crosshairs. Australian artist Tina Gonsalves is creating a digital art installation, with submitted drawings, camera-phone pictures and other disciplines based on random instructions issued via SMS, music and prompts. A constantly evolving digital quilt of the submissions forms the crux of the viewing experience, but this one’s all about the participation.

Sometimes an article is a bit of a team effort, and those are tagged SOURCE Writers. If you’d like to be part of that team, hit the Contact link at the top and get your work on this website.
← PREVIOUS POST
Interview: Carbon
NEXT POST →
Alex Murray, Unsung Hero No.3
Mailing List
Recent Posts
Website developed in Brighton by Infobo
Copyright © Brighton Source 2009-2021
White Night Festival - Brighton Source