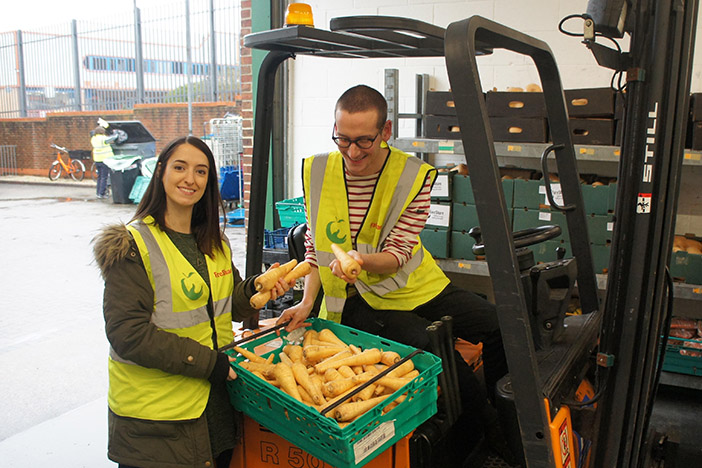 We love North Laine restaurant Silo’s zero-waste ethic as much as we love its food, so we were pleased to hear they’ve teamed up with food redistribution project FareShare Sussex (no, we’re not sure why it’s not spelt “FairShare” either), which they’ll be supporting with events and fundraising throughout 2018.

FareShare’s raison d’être is the redistribution of surplus food that would otherwise be chucked away, around ten tonnes of which it donates to over 100 local charities and community groups each week. This isn’t a new initiative though — the project celebrates its 15th anniversary this spring.

And in a move that should help raise the charity’s profile, as well as swelling its coffers, Silo will be adding a discretionary £1 FareShare donation to its food bills.

According to Rachel Carless, Development Manager at FareShare Sussex “Every one pound donated enables us to deliver enough food for five meals to people in our community in food poverty.” Just in case you’re wondering where that money goes.

FareShare Sussex is looking for local businesses that are interested in getting involved. Visit faresharesussex.org.uk for further info.

A magazine journalist and former BBC minion, Gaz's words can be found in publications ranging from The Radio Times Guide To Films to 1001 Songs You Must Hear Before You Die, as well as on his blog The Wine Ninjas . He plays drums in a psych band, and once fell into a frozen lake in Transylvania.
← PREVIOUS POST
Hove Grown Festival, 23rd March - 1st April
NEXT POST →
Go-Kart Mozart Review
Mailing List
Recent Posts
Website developed in Brighton by Infobo
Copyright © Brighton Source 2009-2021
Silo Ups Its Attack On Food Waste - Brighton Source