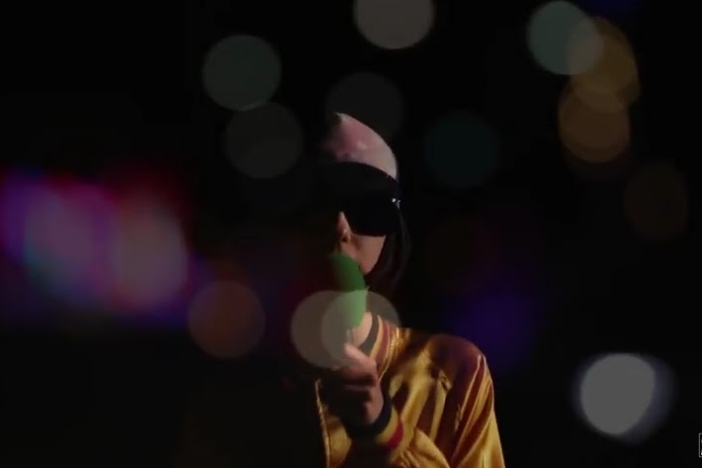 Don’t call it a comeback. Casual passers-by copping an earful to the unusual mix of warm-up music floating upstairs and out onto Middle Street this inauspicious Tuesday night (from The Pipkins’ ‘Gimme Dat Ding’ to Space’s ‘Magic Fly’ via Television’s ‘Marquee Moon’) wouldn’t expect one of the true cult heroes of British independent music to be readying himself for the stage inside.

For switched-on fans of Go-Kart Mozart, however, the DJ’s mix of 70s bubblegum, synth-disco and literate guitar-play is a key to the mind and music of bandleader Lawrence (no surname, ever). Formerly of highly-rated, sensitive indie pioneers Felt and then hugely under-rated, proto-Britpop cultural gravediggers Denim, Lawrence has spent the past 20 years steering “very first b-side band” (his words) Go-Kart Mozart through a much-interrupted career of catchy but queasy pop-cultural autopsies.

Tonight’s gig, Go-Kart Mozart’s first in ages, turns out to be a bit of a quickie, something of a testing of the boards before the band plays two high-profile launch shows for new album ‘Mozart’s Mini-Mart’ in London later in the week. Opening with the mysterious ‘Anagram Of We Sold Apes’ (answers on a postcard), Lawrence chants the title to a cosmic beat provided by rhythm section Rusty Stone (bass) and Ralph Phillips (drums) and rocking keyboard wizard Terry Miles.

It segues into the synthetic pub-rock stomp of ‘Come On You Lot’, one of Go-Kart Mozart’s more troubling songs (“The girls are as thick as shit… All they want is super-sized silicone tits”), even if Miles’ chanted “You’re a disgrace!” is lifted straight from art-punks Wire’s ’77 debut ‘Mannequin’. It’s a lyrically divisive opener and some of the audience grimace.

It’s not the only discomforting tune in this evening’s set, with the over-in-a-minute rattle of ‘Drinkin’ Um-Bongo’ and the relentless ‘A Black Hood On His Head’ taking on Rwandan genocide and streamed ISIS executions respectively, to a loopy mix of Glitter Beat rhythms and Hot Butter synth pops. As with many great, seemingly psycically gifted songwriters, Lawrence has often been a partially accidental lightning rod to the worries of the modern age, picking at subjects that unnerve and disgust him long before they manifest fully as tabloid bugbears.

This point underplays his level-headed West Midlands cheerfulness, however, and tonight’s show is genuinely a fun one. We learn how Lawrence used to live locally in Brunswick Square (“With Primal Scream, Alan McGee and everyone. We used to have our own block. We were hated, actually”), jump about to an obscure Cliff Richard cover (1969’s ‘Big Ship’, penned by Lawrence’s fellow Brummie Raymond Froggatt) and sing along to the actually quite autobiographical revelations of ‘When You’re Depressed’ and – so good they played it twice – ‘Relative Poverty’, the latter (“I’m living on a tenner a day”) accompanied by audience member Vic Godard of Subway Sect attempting to stuff said notes in Lawrence’s pockets.

Don’t call it a comeback then. Lawrence has always been the ghost at British pop’s feast.