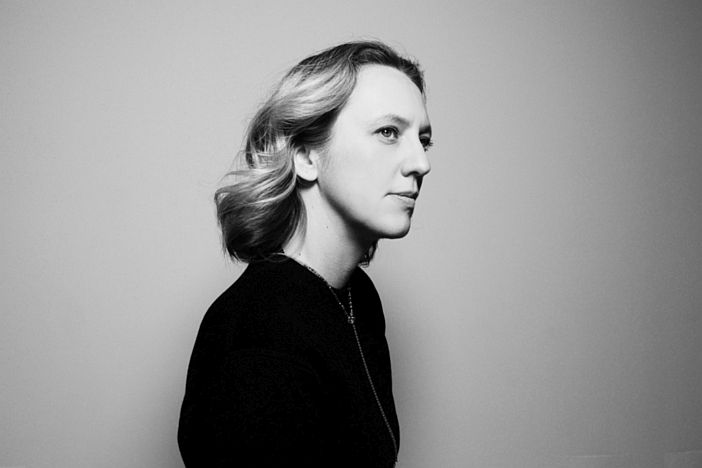 The outstanding Americana artist Ana Egge arrives in Brighton on Monday 29th to play an intimate gig at the Greys in Hanover, with support from the excellent Self Help Group.

It’s been five years since Egge last set foot in England. Her last visit followed the release of her 2012 album ‘Bad Blood’ that she made with Steve Earle. This time she’s performing in a duo alongside her producer and accompanist Alex Spiegelman to promote her new album ‘White Tiger’, her tenth in just two decades.

Brighton Source spoke to Egge: “We’ve already started recording the next one,” she says.

Prolific for sure, Egge is also a great songwriter. Originally known as a folk artist, her albums have always had a distinctive sonic quality formed by the players she gathers around her.

“Each record grows out of whoever I call into the studio. I’ll start making the record when I have five songs done and then I’ll quickly write the rest and record them. That’s fun, to keep that energy from when things started coming together.”

The latest album was recorded in Alex Spiegelman’s little Brooklyn studio and has a lot of different people playing on it. There’s drummer Robin MacMillan and bassist Jacob Silver, “old friends who went to high school together.”

Anais Mitchell sang harmonies and Buck Meek (Big Thief) played guitar. “Although on a lot of the tracks it doesn’t even sound like an electric guitar, it’s kind of minimal the noises he made, really beautiful.”

The album has some amusing sounds too. Spiegelman plays a bass clarinet through a synthesiser on one track.

There’s a gorgeous cover of a John Hartford song ‘In Tall Buildings’, sung as a duet with Billy Strings. “That’s the one song I didn’t write. We did it live. We sang it ten times in a row and then recorded it.” It sounds like the most folky song on the album, which is ironic as the song speaks about modern urban living.

“The first time I heard that song I was on tour with fiddle-player Alex Hargreaves at a festival in Michigan with Billy Strings the first time we met, and we were just sitting around playing music together and they started playing this song I had never heard it before, that I’d wished I written.” Egge transforms the song, bringing on board the idea of a woman also compromising themselves, like the man, taking a job in tall buildings.

But Egge loves the city. The stunning opening song ‘Girls, Girls, Girls’ is about the attraction of the big city. “Yeah, it’s definitely New York, I’m in love with New York.”

“New York is just amazing. There’s everyone here and there’s so much anonymity and just acceptance. Because everybody’s living on top of each other they don’t have time to worry about other people.”

“I moved to Austin first and made music, and I came to New York just after 9-11. I tried to move back to Austin at one point but it didn’t stick. New York was kind of getting under my skin.”

“I’m very much still the North Dakota kid I was when I grew up. And New Mexico was a big deal, for me. I love being out in the prairie in the openness but I also really love New York.”

Another beautiful song is the closer ‘Let The Light In’, with its positive uplifting message.

One thing about the album is how uplifting it feels. “Because the world is so upside down and so appalling right now, I didn’t expect the record to turn out this way. I guess it was surprising there were so many love songs on the record.”

And there are some great songs. Egge carries her positivity with a lightness and sensitivity that doesn’t contain a hint of clinginess. It’s quite a trick.

“I am grateful for that. I feel like it resonates with people. It’s such a welcome thing at the moment, when we’re all looking for something to feel good about, something that makes you feel good about yourself. I’m hoping that continues, I’m definitely focusing on the good. Crazy times!”

There are tickets still available for Egge’s show at the Greys, but don’t hang around.

“If you’re feeling sad and blue, I can wrap my arms around you,” she sings on ‘Dance Around The Room With Me’. Listen below.