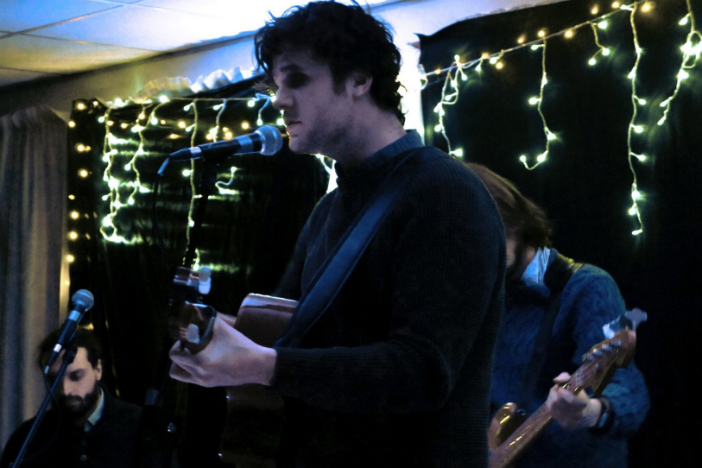 Elusive alt-folkers Hetton are one of those bands with Brighton roots but all too few local appearances to their individual tallies. Their leader, the unimposingly reverential Bobby Good, received considerable adulation on the open mic scene before moving to London, where he met guitarist Alessandro La Barbera, bassist Max Mella and sticksman Alberto Voglino.

“Our first ever gig was in Berlin last month,” says the singer, who bases his craft on clear and classical guitar compositions, then makes good his daydream of becoming invisible by disappearing behind the band’s subtle harmonies. At other turns, he sings over them with a tenderness which can rise into high balladry or swoop back into faintly choral laments. “It was in some rundown squat-type setting with almost no audio equipment to use. We have a very ‘English’ sound because of my vocals, but our influences within that are wide: Nick Drake, John Martyn, Radiohead, James Blake and Elbow.”

It’s three years since their support, Polly Money, opened for Muse at the Stade de France, and the Cornish singer-songwriter with an oceanic voice has the momentum of a new five-track EP, ‘The Adventures Of The 90s Kid’, behind her now. Hetton say she’s “insanely talented”, and they’re also bringing electro-pop pedalist Yazmyn Hendrix – a local girl who’s a dab hand at a loop – along for the ride.