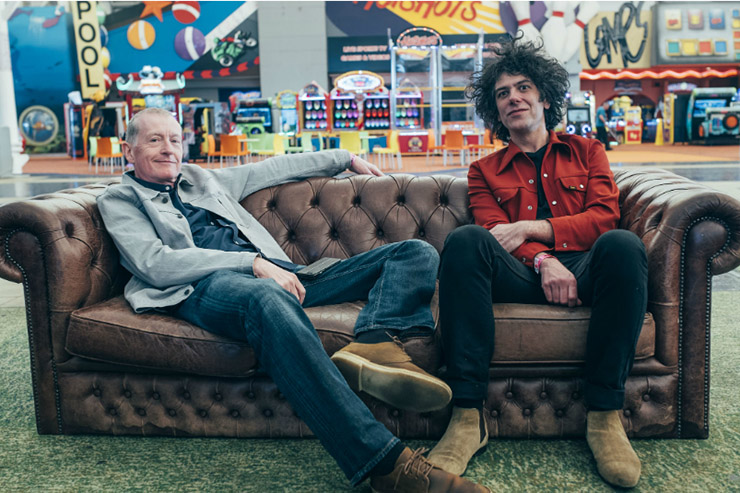 One of the gigs we were most annoyed about missing last year was Steve Davis and Kavus Torabi’s festive DJ set at the Green Door Store. What a combo: a six-times world snooker champion and a former member of two of the planet’s oddest bands (Cardiacs and Gong), all wrapped up for Christmas in cool denim jackets at one of Brighton’s most intimate venues.

Promoters Dictionary Pudding said it was among their events of the year… and they put on some special nights.

Although it’s a pairing that still raises eyebrows, Steve and Kavus have been working together for years. They first met at a Paris gig by veteran prog rockers Magma, and ended up joining forces on Steve’s excellent Interesting Alternative Show, on Essex-based radio station Phoenix FM.

If their Green Door set mirrors the radio show, expect it to swerve seamlessly between the autobahn lanes of prog, krautrock, electronica and North Korean funk (probably). “When we DJ live, we hopefully play bangers all the time and get people dancing. The radio show can be much more strokey-beardy if it wants to be,” Steve told Drowned in Sound last year.

And in a universe where Stereolab, Harmonia and Oneohtrix Point Never are among the least obscure artists, even the staunchest music nerds will find something they haven’t heard before.

With luck Steve and Kavus will inspire more cosmic, snooker-based collaborations to form. An evening of feedback drones with Thurston Moore and Terry Griffiths, perhaps? If only that were true.

A magazine journalist and former BBC minion, Gaz's words can be found in publications ranging from The Radio Times Guide To Films to 1001 Songs You Must Hear Before You Die, as well as on his blog The Wine Ninjas . He plays drums in a psych band, and once fell into a frozen lake in Transylvania.
← PREVIOUS POST
Imarhan Review
NEXT POST →
Idles Review
Mailing List
Recent Posts
Website developed in Brighton by Infobo
Copyright © Brighton Source 2009-2020
Steve Davis and Kavus Torabi, Fri 5th Oct - Brighton Source