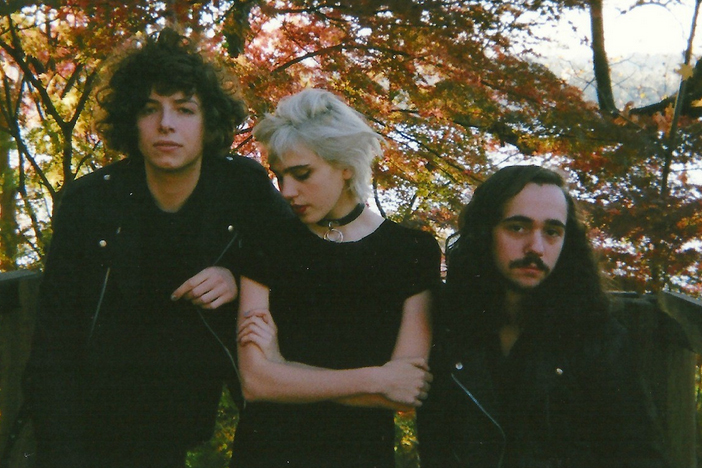 “One band of 20-year-olds making relevant rock music would be nice, wouldn’t it?”

This was the question asked to NME by guitarist Nick Kivlen, one third of Brooklyn’s hottest new prospect Sunflower Bean.

Quick to distance themselves from a ‘scene’, they have little in common with current Brooklyn peers like Grizzly Bear, Yeasayer and Parquet Courts. In fact their closest current contemporaries are probably Tame Impala (who they named a song after in fandom). ‘Wall Watcher’ injects adrenaline into the throbbing heartbeat of ‘Elephant’. Combined with the spirit of Debby Harry in Julia Cumming’s seraphic vocals it’s a heady mix.

Album ‘Human Ceremony’ is a teenager’s scrapbook of Blondie, Black Sabbath and Velvet Underground tickets. It’s handled with admiration though, creating a 3D collage of influences instead of a Photoshop parody.

The Guardian said “…its melodies burst with the fidgety energy of youth and ambition,” whilst Q wrote that the album is steeped in “youthful exuberance”.

‘Easier Said’ is one of the most melodically realised moments of 2016. It’s a shimmering jewel in rock’s crown that shows a level of craftsmanship surprising for a band still in their formative years.

Bleach, Friday 19th February 2016
Tickets are available from Be Nothing at a reasonable £7.70