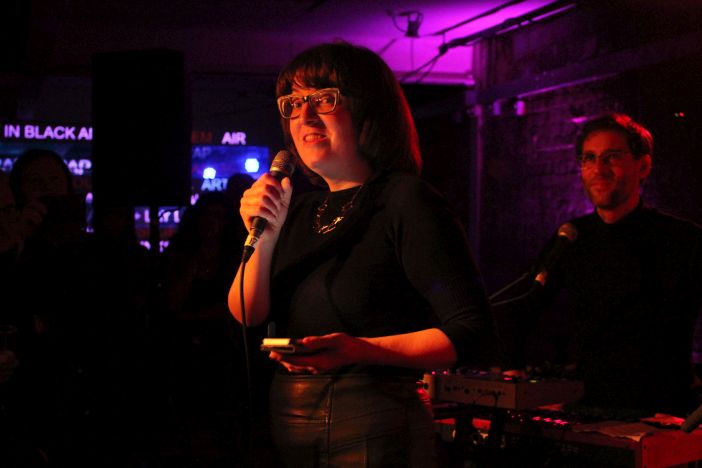 20 years of music with Melting Vinyl

Anna Moulson’s Melting Vinyl have been putting on gigs in Brighton for twenty years. In that time, they’ve seen the likes of The White Stripes and The Strokes play in tiny venues in town, and put on a series of amazing gigs at the beautiful St George’s Church whilst also giving breaks to loads of local acts. They celebrated their twentieth anniversary in style, with a night of music at the Basement supported by the Brighton Dome ‘Spectrum’ local music nights, featuring a selection of Brighton musicians reflecting the diversity of styles of music they have promoted over the years. Brighton Source joined in the celebrations and took some pictures.

First on the bill were Twenty-One Crows, a dark folk-based band featuring guitars and accordion who conjour up excellent images of the Victorian poor and ancient battlefields through a brooding post-rock haze. 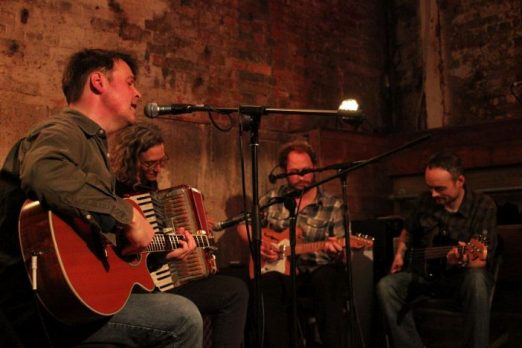 Bella Spinks produced a stunning EP ‘Regenerate’ a couple of years ago and is currently working up her debut album which on the basis of these piano-driven songs is set to be a cracker. Touches of Kate Bush and Regina Spektor amongst others combined to produce an entrancing set. 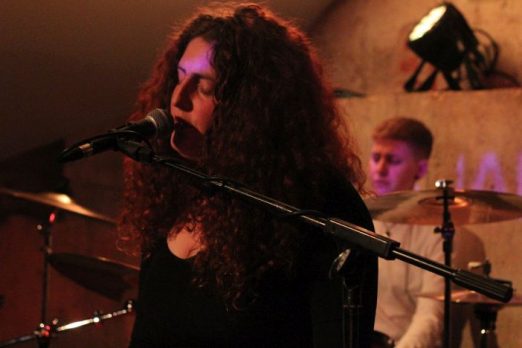 Foreign Skin is Hong Kong-born, Brighton-based producer Flavia Aliverti who manipulates fresh vocals over an eclectic blend of synths and samples that made for an engaging live experience, aided by the hypnotic visual backdrop. 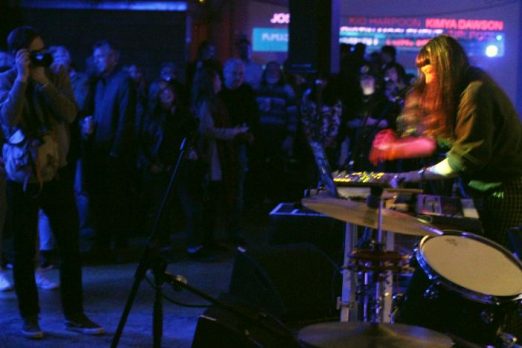 Collectress are a classically-trained trio who play musical experiments, mixing a teasing playfulness with rhythmic folk-infused melodies and avant-garde improvisation in an enchanting and entrancing performance. 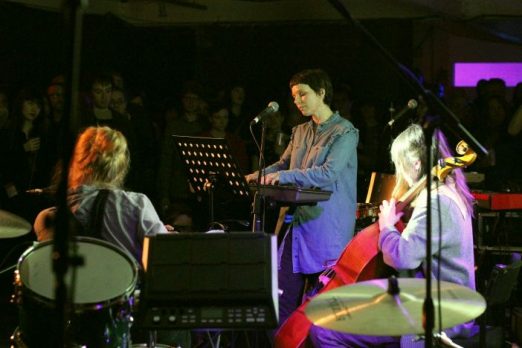 Anna Moulson (below) gave thanks to the people who helped her along the way, and recounted a little of the history of Melting Vinyl, including the messy early years sharing a flat with David Bramwell, leader of tonight’s headliners. 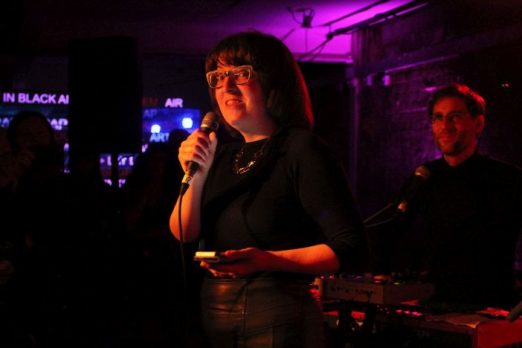 Oddfellows Casino introduced their set with songs from the a cappella sea shanty singers The Duck Pond Sailors. 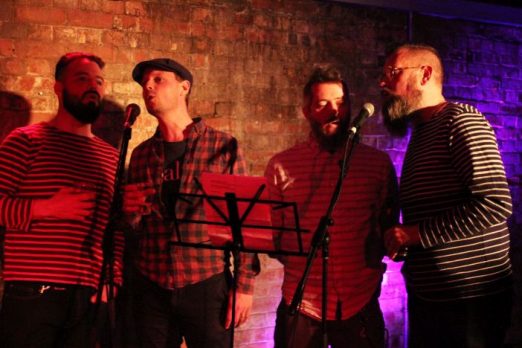 David Bramwell’s band Oddfellows Casino full set followed, closing the night with a gorgeous pick of songs taken from across their seven albums. Bramwell noted that the band were slightly smaller in number than they have been on some stages but still comprised six players, with additional vocal support from the Duck Pond Sailors. Drawing on their perennial themes of winter or water and songs constructed from literary inspiration, they also played their anthem to the apparently non-fictional kingdom of Sealand, taken from their latest album out on At The Helm records. If anyone hadn’t previously discovered these hidden treasures of the English music scene this was a fine introduction. 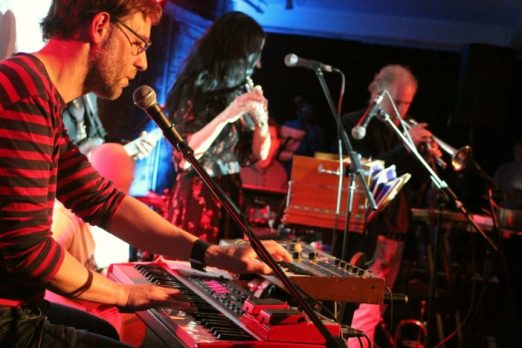 More photos in the gallery at the top of this article.

The Spectrum: Melting Vinyl 20 Year Special was at the Basement on Thursday 29th March 2018

All Photographs were by Jon Southcoasting

Jon Southcoasting photographs all sorts, including music, writes about things, as often as not musical, and sometimes plays his own songs too. He lives in Brighton.
← PREVIOUS POST
The Handsome Family Review
NEXT POST →
George FitzGerald Review
Mailing List
Recent Posts
Website developed in Brighton by Infobo
Copyright © Brighton Source 2009-2019
20 years of music with Melting Vinyl - Brighton Source