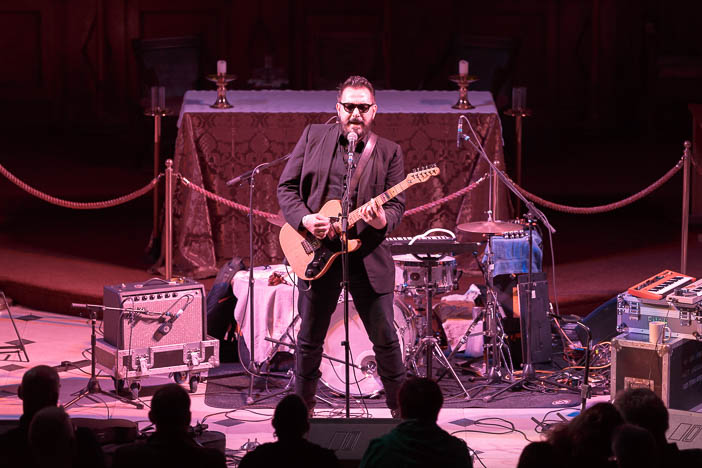 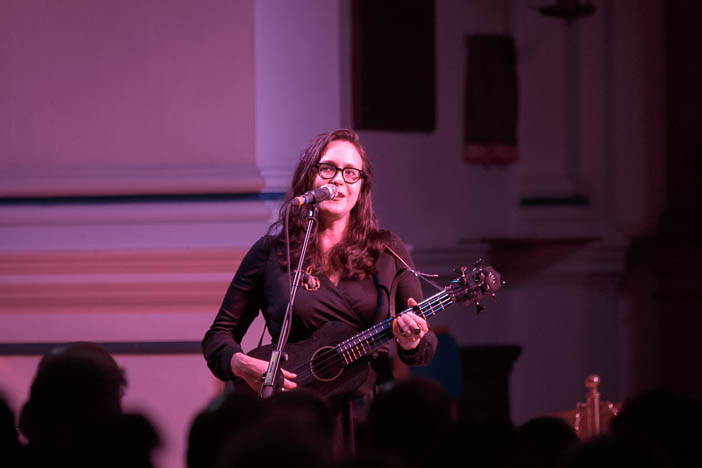 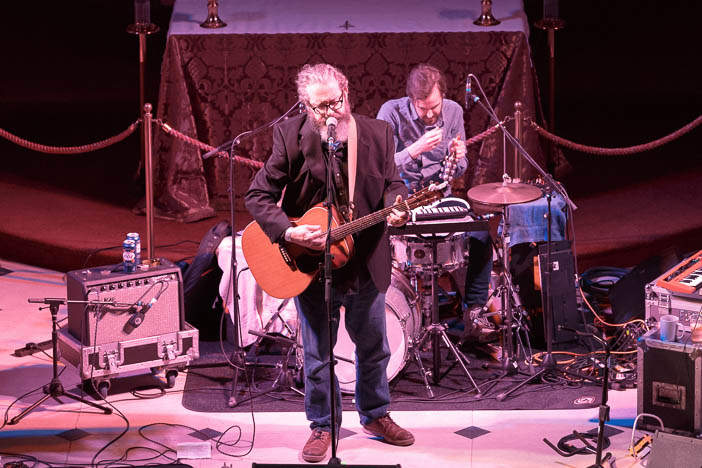 Rennie and Brett Sparks’ alternative country group The Handsome Family are nearing the end of their current British tour and there are several anniversaries being celebrated tonight. The show’s promoters Melting Vinyl hit 20 years of active service this week (see our report here) while this whole jaunt has seen The Handsome Family marking the 20th birthday of their third album ‘Through The Trees’ by playing it in full.

Bands revisiting a ‘classic album’ in concert isn’t a novelty these days but, 20 years ago, it was unheard of. As lyricist Rennie says while introducing ‘Where The Birch Trees Lean’, these were still pretty much pre-internet times, hence the song’s arboreal lyrical errors. Here in the UK, alt-country is hardly in the mainstream now but, like commercial US country and western, it’s established a cultural space. You don’t have to dig too far to find it on Radio 2 or Later With Jools Holland, in the racks at Resident or the pages of the rock monthlies.

Back in 1998, when newly formed record label Loose licensed the then-Chicago based band’s album for the UK, alt-country was still way under British fans’ radar. As Rennie and Brett point out tonight, when The Handsome Family first toured over here, they never expected to return.

Loose’s own ‘New Sounds Of The Old West’ compilation beat it to the shops by a few months but it was Uncut magazine (still only a year old itself) that brought the genre to wider notice with its seminal if suspiciously similarly titled cover-mount CD ‘Sounds Of The New West’. Without the internet, this was many fans’ introduction to The Handsome Family, thanks to its inclusion of the seriously morbid ‘Weightless Again’. As it opens the album, it opens tonight’s show, a death-obsessed series of sketches (“This is why people O.D. on pills”), much covered, not least by our old pop pal Cerys Matthews. [nb. tour support comes from Drunken Prayer, AKA Morgan Geer, latter day alumnus of another ‘Sounds Of The New West’ act, Freakwater.]

“I hope these songs of suicide and murder make you happy” jokes multi-instrumentalist Rennie, who swaps between banjo, guitar and autoharp tonight. That’s the crux. While husband Brett sings Rennie’s words in his deep baritone, and the band add shades of brushed drums and funereal organ, it’s the light in the misery, the comic anecdotes and light-hearted marital sparring, that makes The Handsome Family uplifting company. Seated on St George’s wooden pews, the audience are in tears of laughter between every song. Laughing in the face of death, it’s the only way to live.

There’s no surprises in a track-by-track album concert, although we’ll claim the stately duet of dreamlike gloom ‘I Fell’ as our favourite tonight. The encore brings with it a ghostly ’24-Hour Store’, their True Detective soundtracking ‘Far From Any Road’ (“You might recognise this song as the first theme to The Big Bang Theory” deadpans Rennie) and “the very first song we ever wrote together” ‘Arlene’. Naturally, it’s a murder ballad. Sleep tight, folks.

Stuart Huggett grew up in Hastings, writing fanzines and blogs about the town’s underground music scene. He has been a regular contributor to SOURCE, NME, The Quietus and Bowlegs. His huge archive of magazines, flyers and vinyl is either an invaluable research tool or a bloody pain. He occasionally runs tinpot record label Dizzy Tiger, DJs sporadically and plays live even less.
← PREVIOUS POST
Interview with Simon Raymonde of Lost Horizons and Bella Union
NEXT POST →
20 years of music with Melting Vinyl
Mailing List
Recent Posts
Website developed in Brighton by Infobo
Copyright © Brighton Source 2009-2019
The Handsome Family Review - Brighton Source