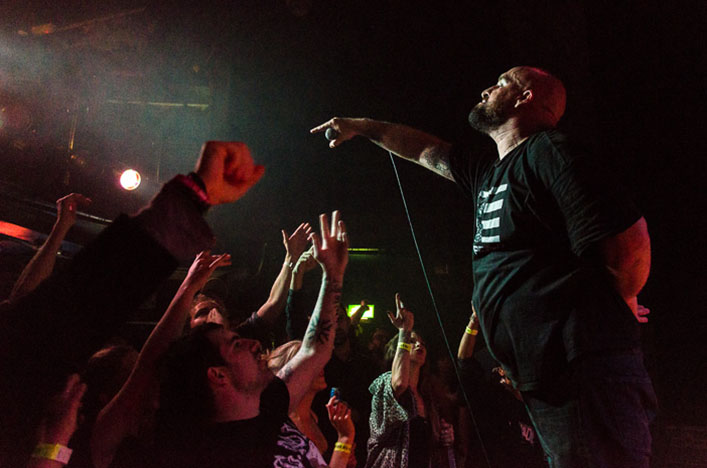 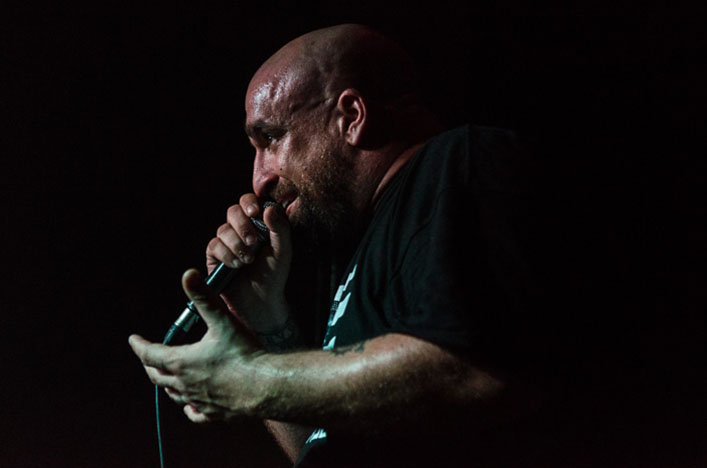 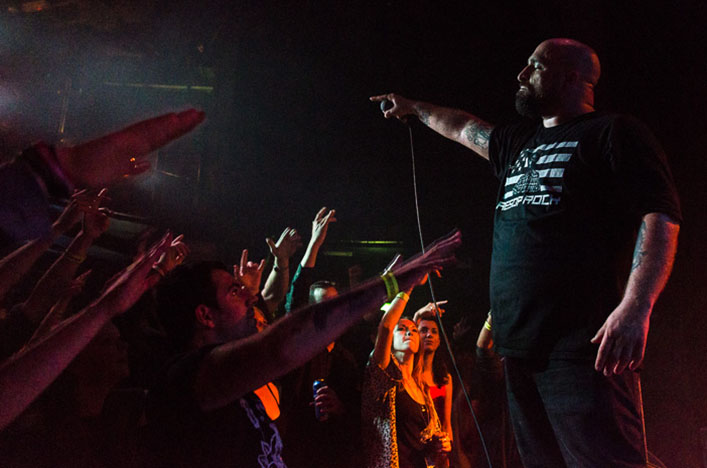 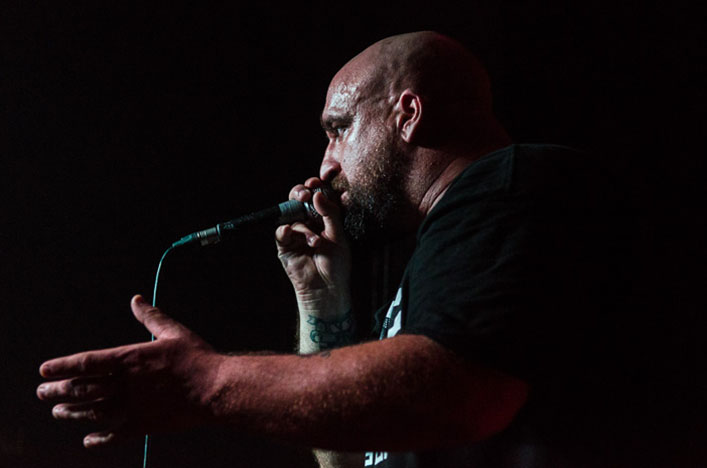 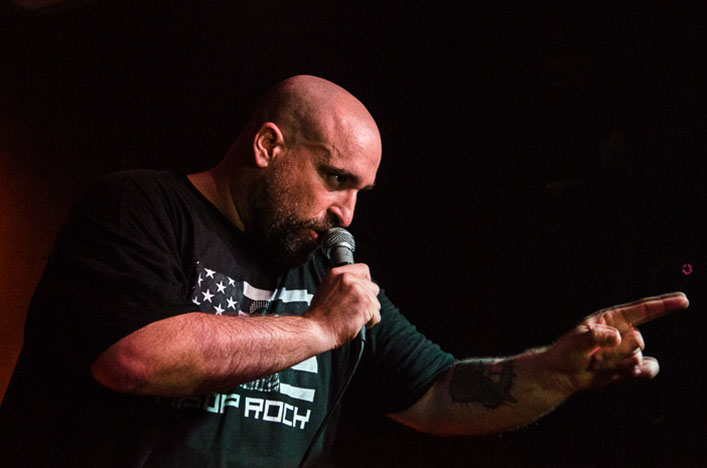 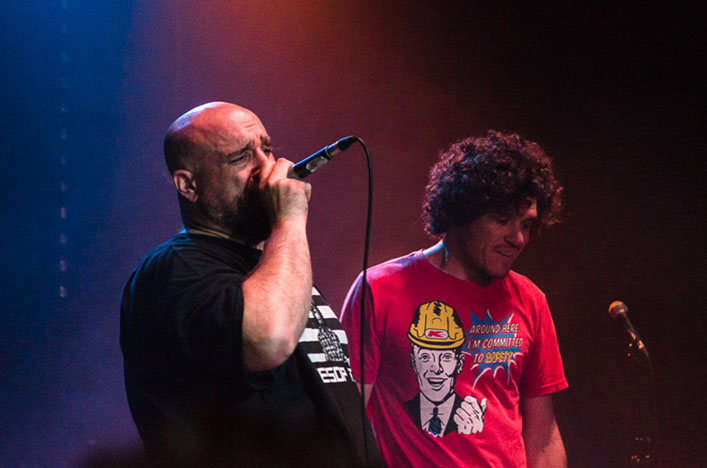 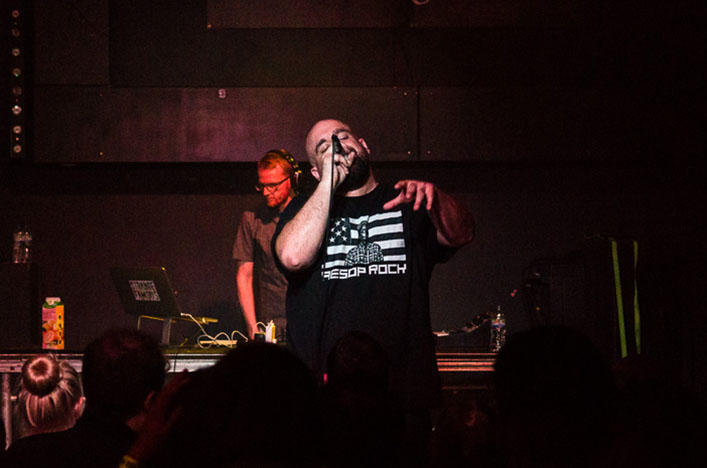 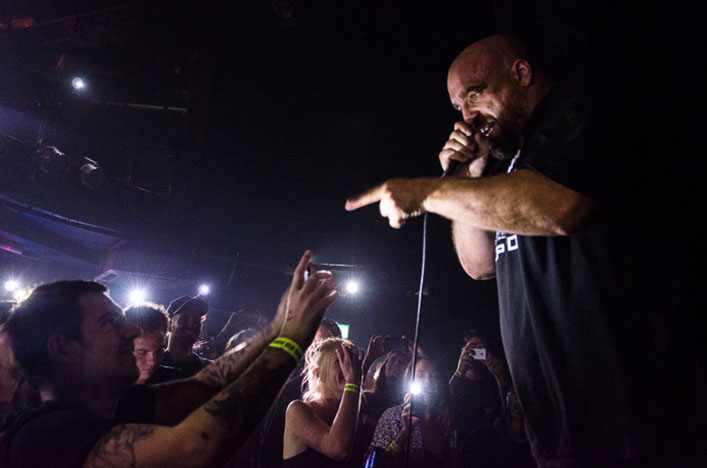 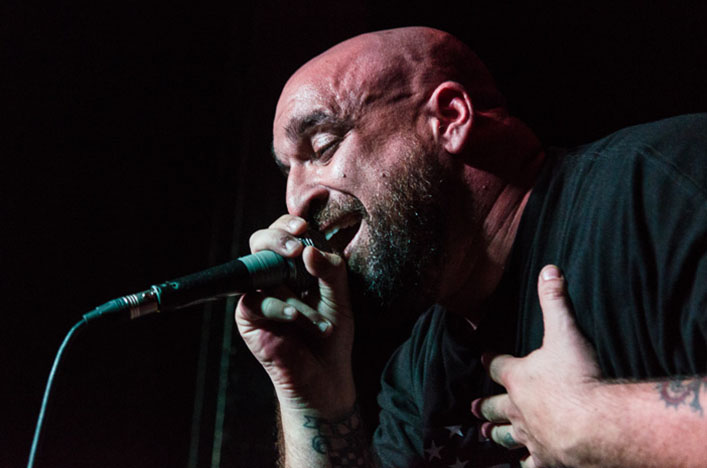 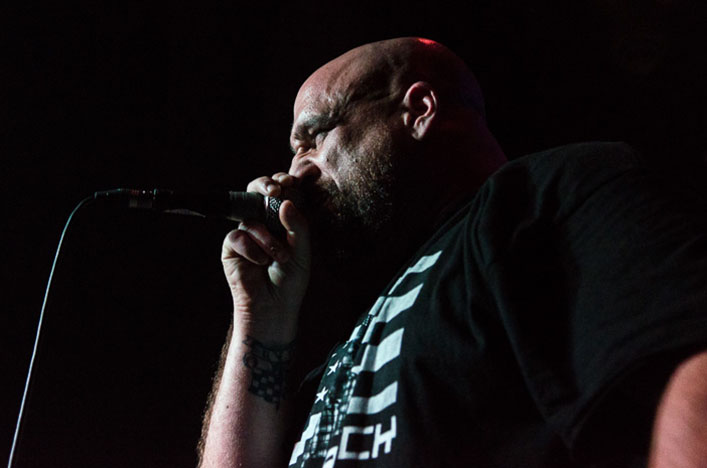 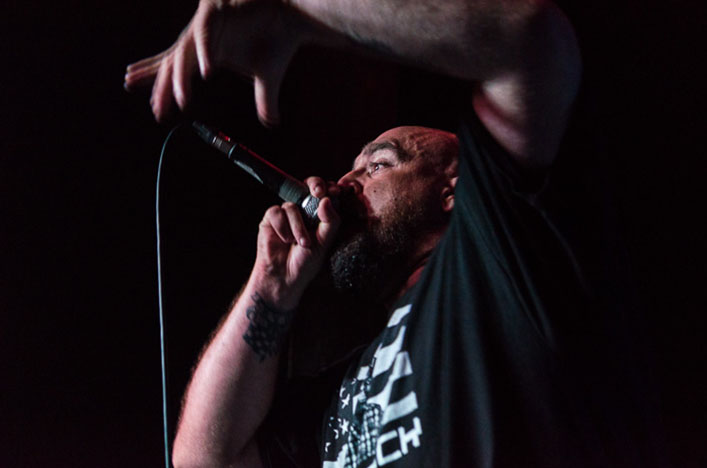 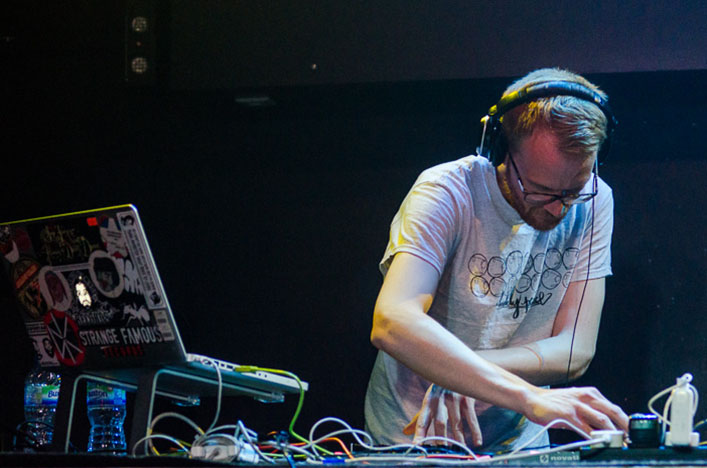 It’s been five years since B.Dolan crossed the pond to play in Brighton (last time was with Sage Francis at Audio), and it wouldn’t be untrue to say we’ve been waiting for this. Scenes from his London gig the night before show a packed crowd and quite a riotous affair so our expectations are high.

This string of UK and European tour dates come in support of his new album ‘Kill The Wolf’, a consistent and lyrically strong release with some excellent, driven and energetic production. It manages to avoid the downfalls of some alternative hip hop of uninspired production or needlessly complex lyrics that sometimes alienates listeners or leaves them struggling to relate. B.Dolan maintains focus in his tracks with a clear message and continually taps into a primal rhythm that keeps the flow going with the subject matter.

B.Dolan is part of Strange Famous Records, an independent US hip hop label which hosts a roster of varied and excellent artists including Buddy Peace who joins him in support on this tour. Peace confidently warms up the crowd as he plays through an eclectic and masterfully blended DJ set moving swiftly from NIN to Roots Manuva, Rolling Stones and DOOM while somehow making it all work.

After a subtle outfit change Buddy Peace returns to the stage to provide the beats for tonight’s main attraction. B.Dolan walks on stage to loud cheers and it’s great to see the venue has filled up considerably since we first arrived. Working the room with a strong stage presence, he storms through new songs ‘Lazarus’, the menacing and industrial ‘Safety’ and recent single ‘Alright’. It’s here we find out what the B in B.Dolan really stands for.

There are regular engagements with the crowd and at one point he asks everyone to hold the lights up on their phones. It creates an impressive atmosphere for one of the quieter tracks, allowing him to bring the pace right down with a spoken word piece about the life of rapper ODB – ‘Who Killed Russell Jones?’. He is thankful for the crowd’s silence and attention, mentioning that it doesn’t always work when playing in bars.

One of the highlights is the unexpected break dance competition that unfolds when a partially willing crowd member is pulled onto the stage (pictured). This results in a call-and-response dance-off with the moves getting more elaborate. It’s genuinely funny to watch and the result is judged by cheers from the crowd which are roundly ignored by B.Dolan. All in good spirits though.

The set finishes with him stepping into the crowd to meet his fans. He makes his way to the merch stand at the back to sign and sell records and a queue swiftly forms. This is the essence of a DIY artist on a busy tour and we are happy to reap the benefits of his hard graft.