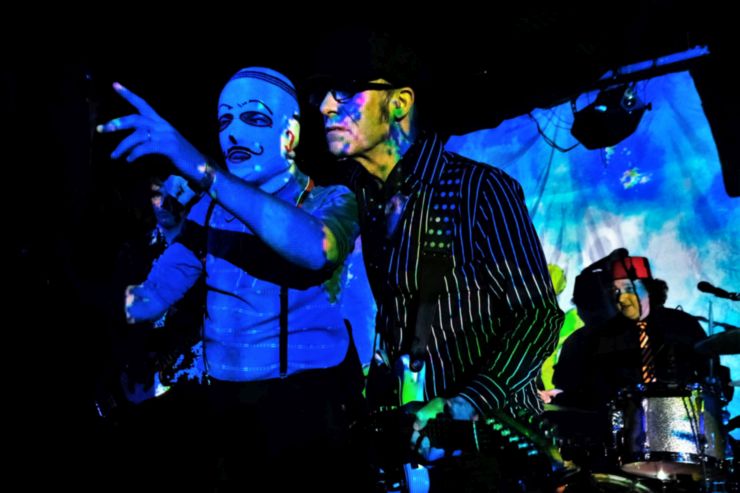 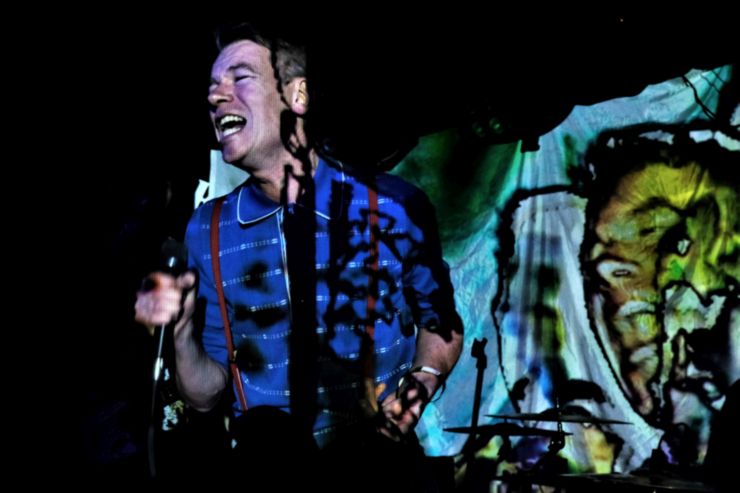 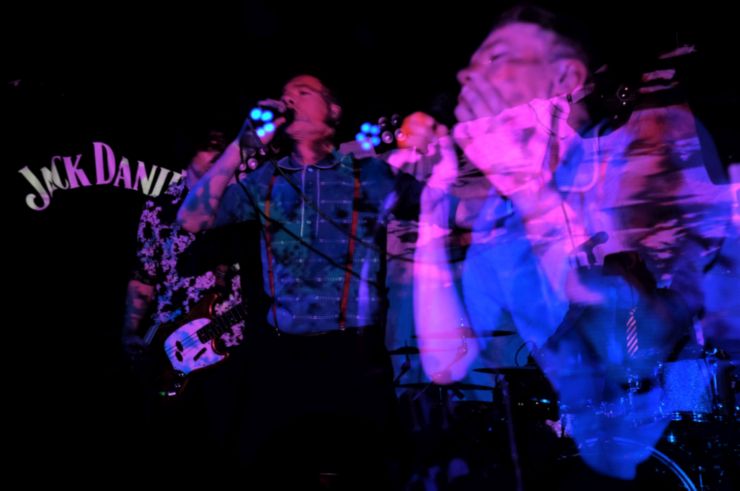 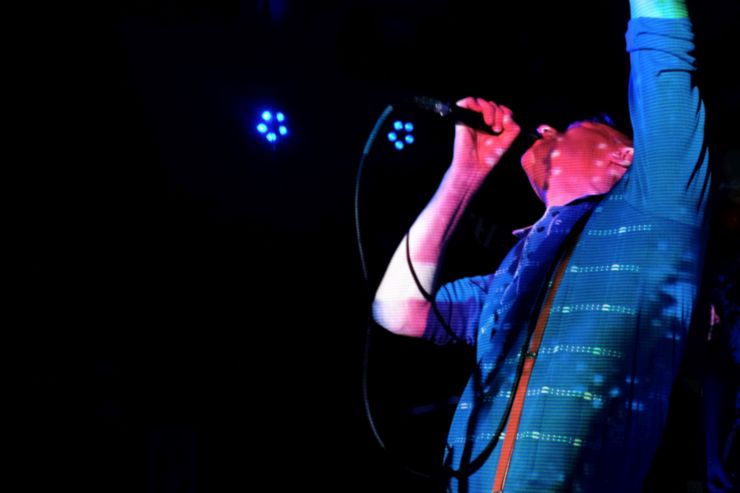 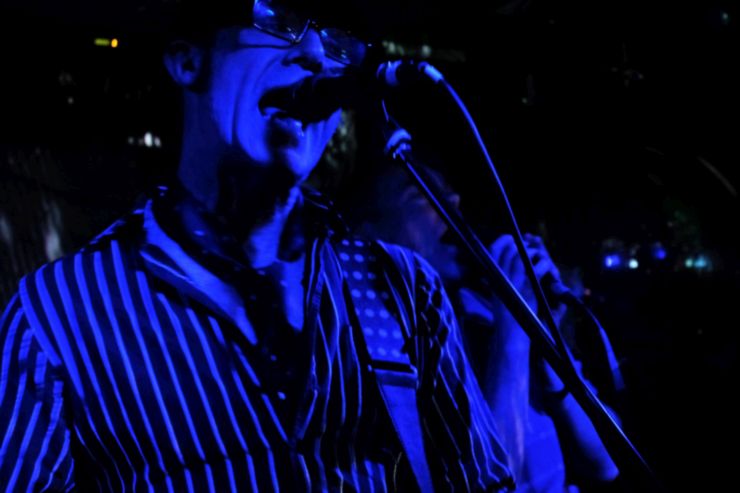 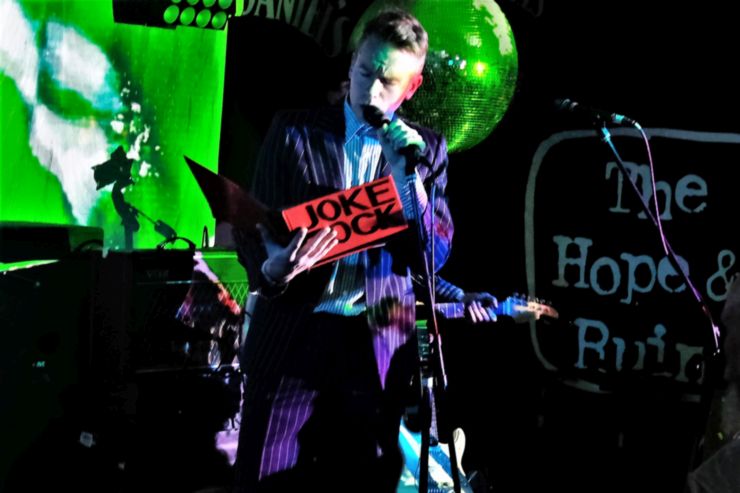 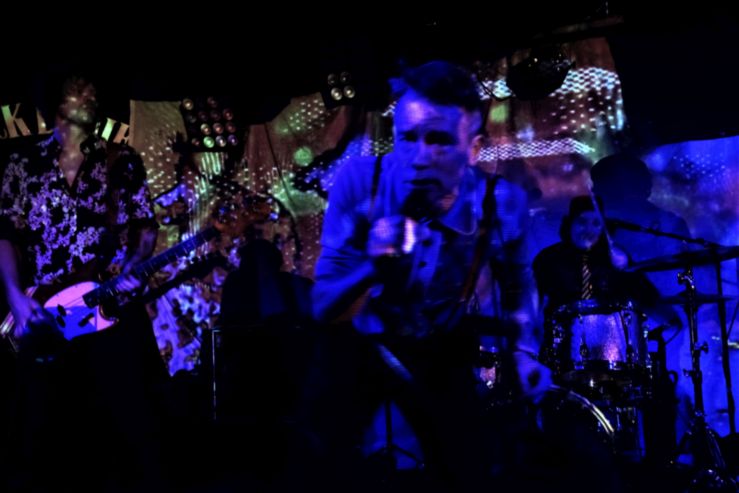 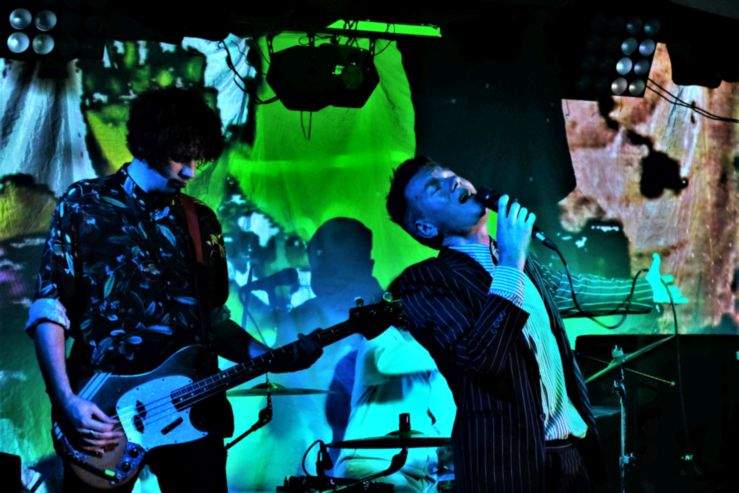 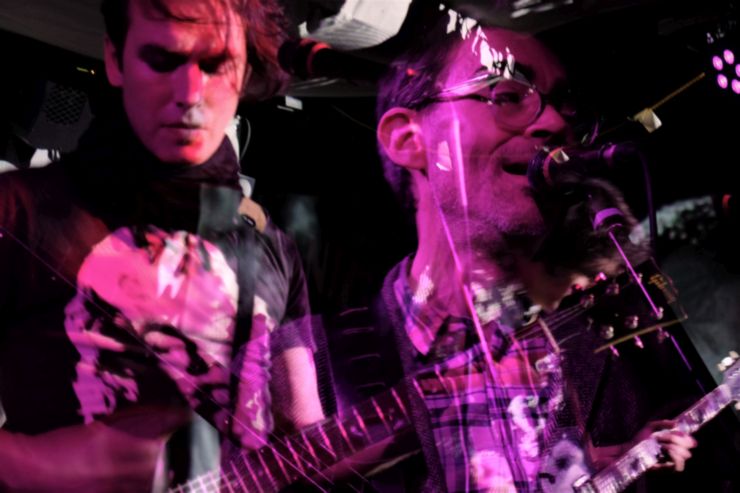 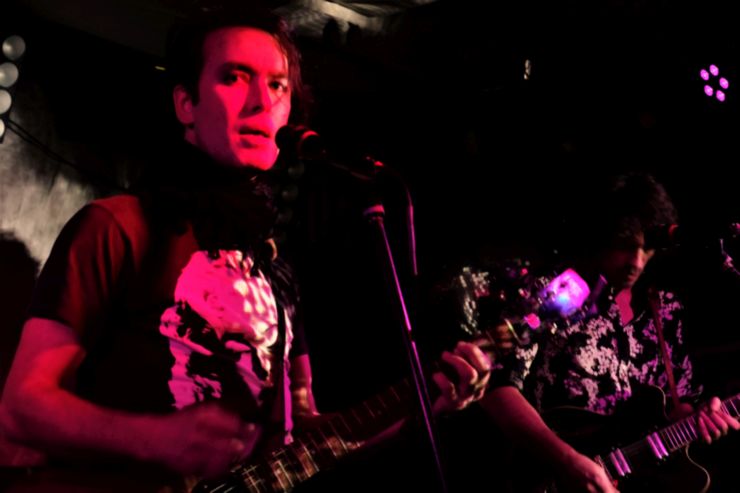 Brilliant Brighton post-punk four-piece Clowwns came together for a two-set New Year’s onslaught at the Hope & Ruin on Friday night, supported by the excellent Mum Dad and the Kids.

Clowwns have existed for more than a decade now, and although only a single album to show for it, 2015’s stunning ‘The Artful Execution Of Macho Bimbo’, their infrequent live performances are known for their incendiary explosions of sharp, post-punk intensity. Friday night was no different, with the band performing two sets comprising album tracks and some new songs that offer a dazzling prospect of new recorded material this year.

Lead Clowwn Miles Heathfield arrived on stage in a face mask holding a bunch of flowers which he proceeded to hand to a birthday-celebrating audience member, pre-empting a powerful launch into songs like the sing-along ‘She Say’s I’m A Clown’ which has been a part of their set since their very beginnings and still packs an immense punch. The band didn’t really stop from then on, with lead guitarist Andrew Claridge burning out riff-after-riff of stunning guitar and drummer Damo Waters continuing to perform at the very top of his game. Pausing for a short break, they continued with a second set which felt almost like an extended encore, including the popular ‘Trousers’ which the audience had been calling for from half way through the first set, and their now go-to cover of the Specials’ Ghost Town, which is still as potent and relevant as ever.

A shout-out to Clowwns bassist Etienne Rodes who was also filling in on lead guitar for the excellent support Mum Dad and the Kids, who replicate some of the Clowwns rock’n’roll energy through their sparkling and original glam-rock mist. 1974 to the Clowwns 1979 perhaps. This wasn’t the first time they had supported Clowwns at a hometown gig and they were again worthy foils, the full house suggesting this particular pairing could be a regular night on the Brighton live music scene.

A nod to the wonderful lighting and visuals from ‘Innerstrings’ who will also be illuminating the forthcoming Lewes Psych Fest, inter-band DJ Chris ‘Bleeding Hearts’ Davies and promoter Melting Vinyl. This sort of energising live event is exactly what Brighton’s music scene needed to provide a little warmth and affection in the bleak mid-winter. Looking forward to the rematch.