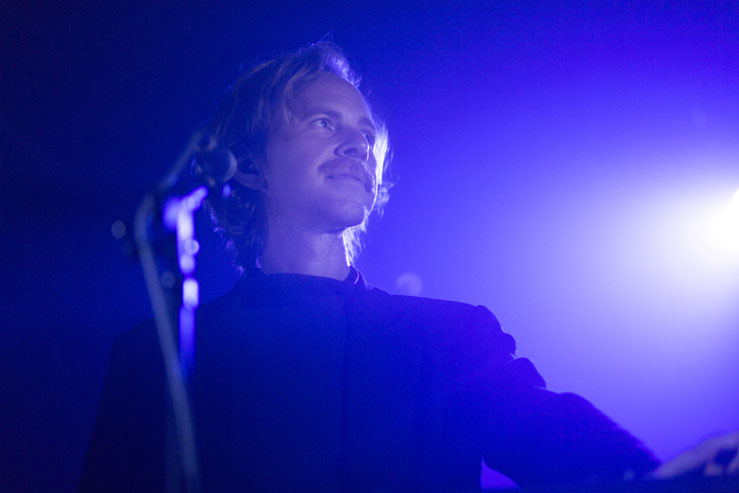 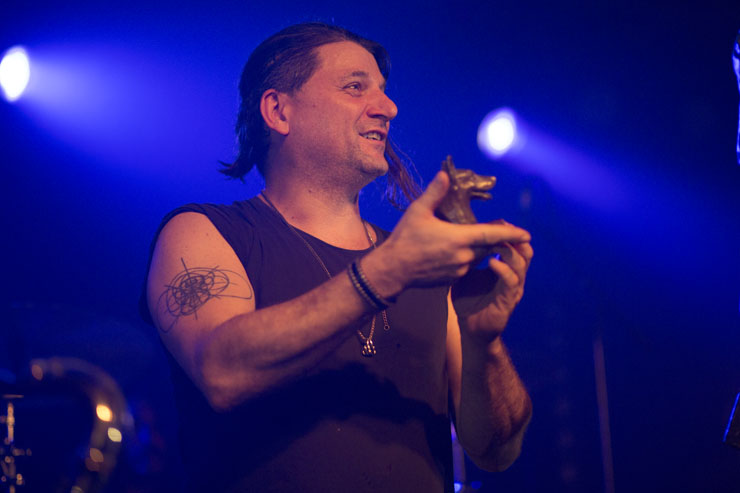 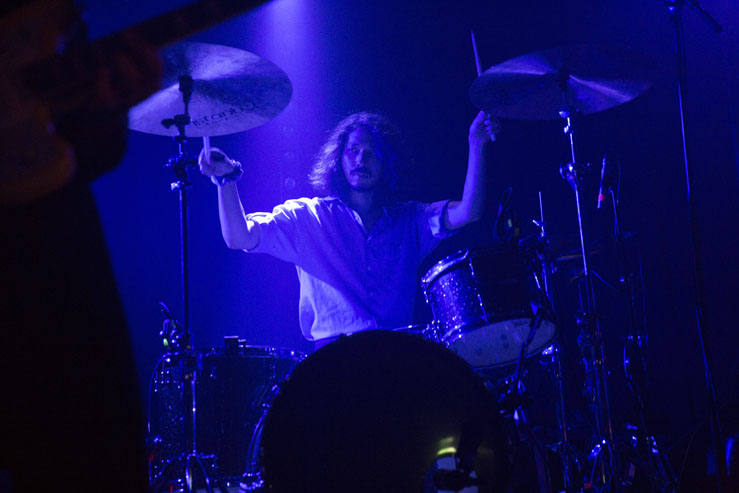 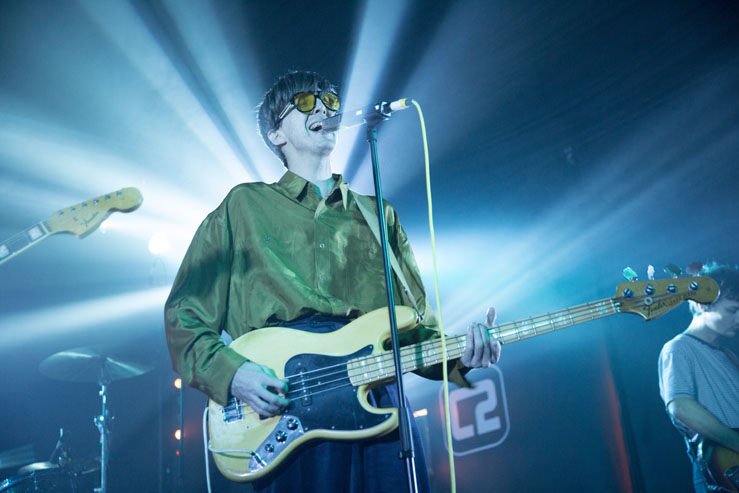 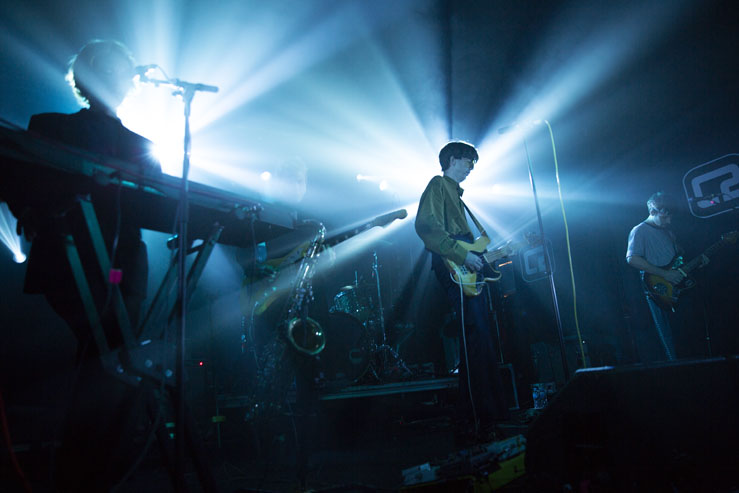 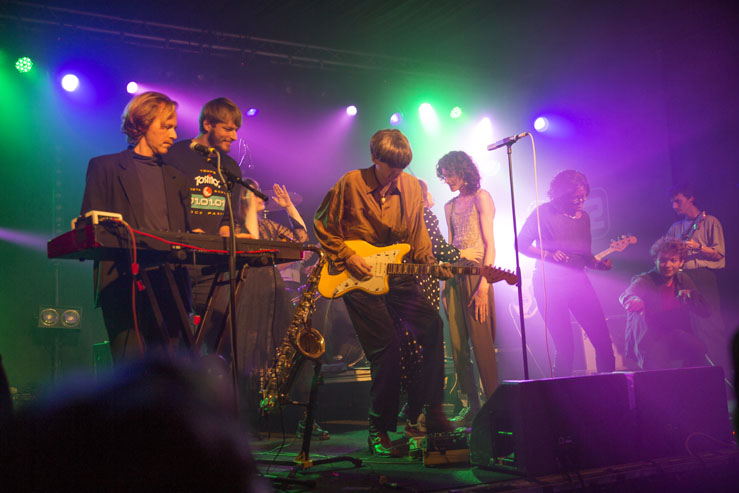 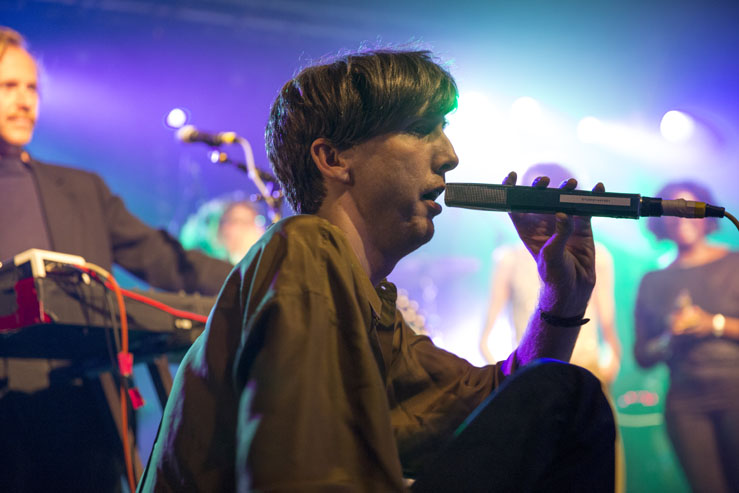 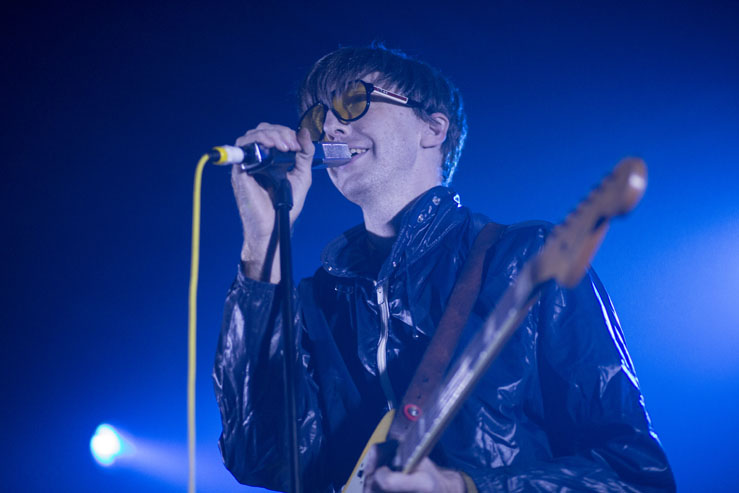 “We’re going to have a dance competition later, that will liven you up”. It turns out to be far from an empty promise; Bradford is in fine fettle throughout the night, which truthfully, left us feeling delightfully wrongfooted. “People say I’m an arsehole, a narcissist, a cunt. I just want to entertain you,” Bradford later proclaims.

Deerhunter are a bit of an enigma; their backstory is one that twists and turns between the bizarre and the tragic, all of which underlies the delicate polish of their trademark sound. The Atlanta band are masters of reverb, with tunes drenched in a rich soundscape somewhere between the melodies of Grizzly Bear and the grandness of Arcade Fire while frequently veering into the off-kilter scuzz of Gang of Four.

The show starts with Bradford tuning a transistor radio between stations, with distant radio voices creepily fading in and out of a blanket of feedback. The retro box is combined with a plethora of pedals and a vintage 1970s microphone, signalling a band that is mature enough to embrace sonic experimentation.

Such approaches often feel indulgent, but here it’s put to great effect. The transistor makes various appearances throughout the night, intricately worked in and out of songs, bridging the gap cohesively. And there’s one beautiful moment when suddenly the reverb stops, and the next tune kicks in with ‘clean’ vocals and in-your-face drums. After the intricate layers of sound that have dominated the night so far, it feels like being plunged into icy water.

Tunes such as ‘Helicopter’ and ‘Revival’ are unadulterated hits that sound huge – all driving bassline and drums, delightful keys and a surprisingly crisp, clear sound. ‘Desire Lines’ has an urgency to it, and to us showcases Deerhunter at their best. As we look around at the crowd – fleetingly lit via Concorde 2’s glitterball throwing the stage lights – we can see that the audience may seem quiet, yet they are fully absorbed in this show.

So far so good – a standard – albeit thoroughly enjoyable, gig. But then things take a twist in a way that we didn’t see coming. Bradford’s incredible stage presence, storytelling and wicked brand of dry humour take over.

The dance competition is just the start – six members of the crowd are invited / cajoled / nominated by stitch-you-up friends to join the band onstage to participate. At stake is a glorious prize of a bronze dog statue. From here on in it’s about another 20 minutes until we hear another tune.

Bradford decides that tonight it’s time for something memorable, and so delves into some storytelling that veers between the intimate, the inane and briefly, political. From delving through the intricacies of punk ethics (if you don’t go by the rules, are you a rebel, or just too selfish to care?) through to BOJO’s horror mop of hair, there’s plenty covered.

There are a few heckles to play more music as this monologue goes on (and on, and on…) but we love it. It’s a fascinating insight into the workings of an elaborate, complex and frankly fascinating frontman and his band.

Bradford wanted to liven up the crowd, and he did. He wanted to provide us with a night that we’d remember. And boy did he do that. Afterwards, we can’t help but smile, as we realise how rare it is to leave a gig knowing that you’ve seen something a bit special, a bit different, and something unexpected.