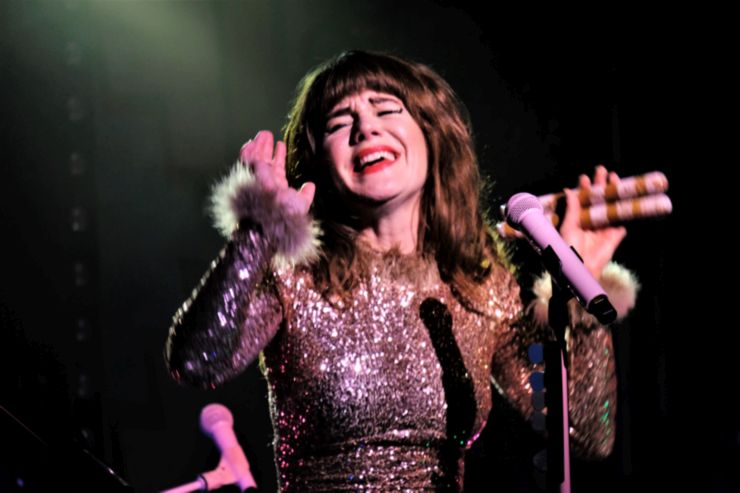 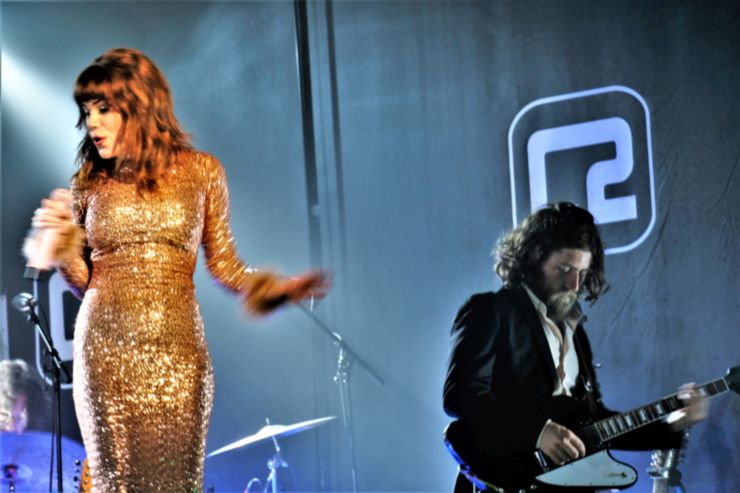 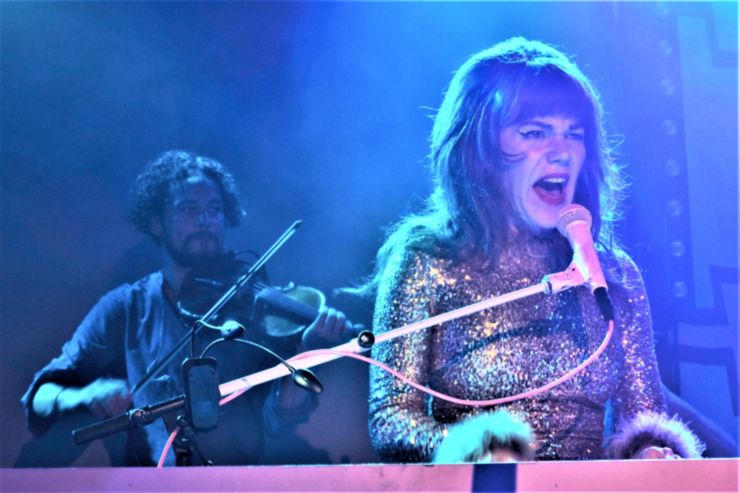 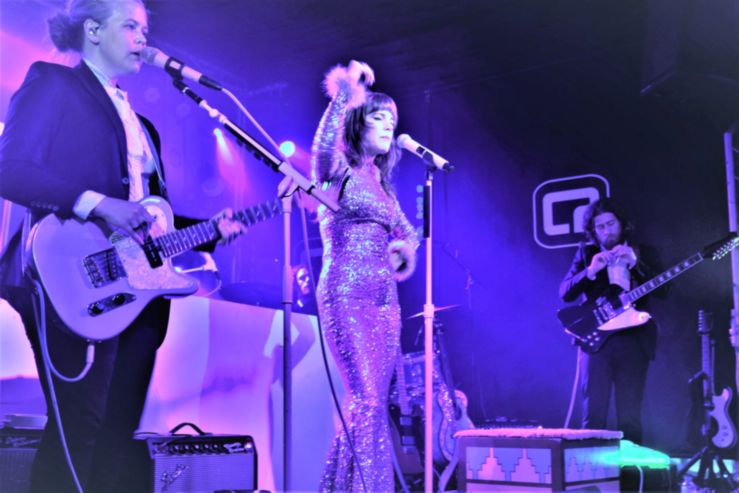 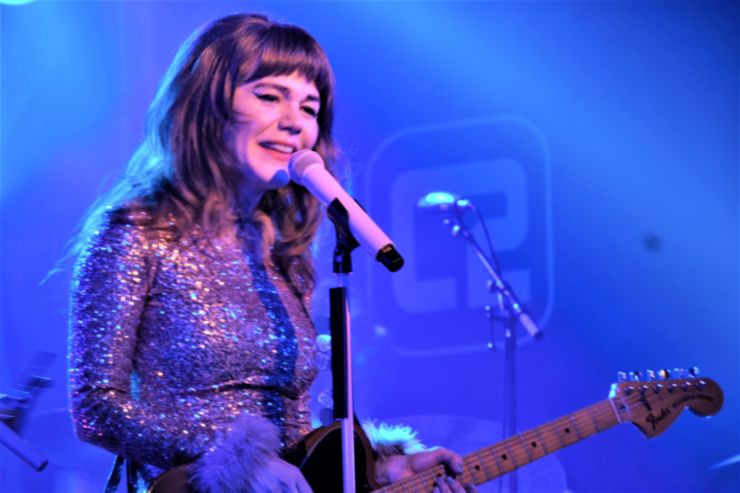 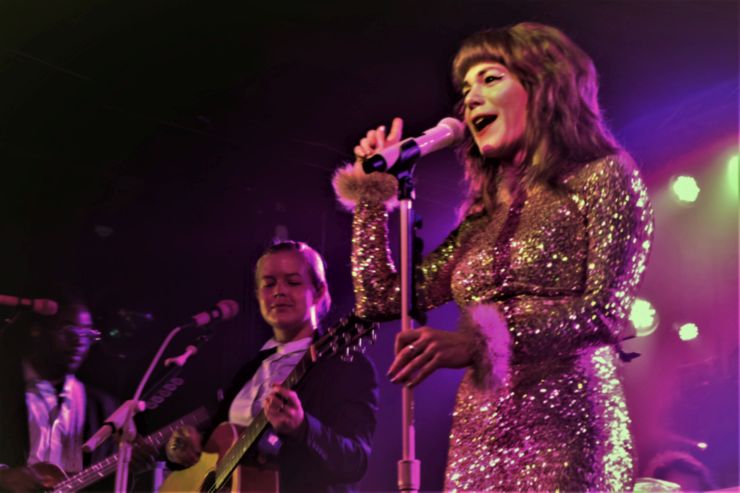 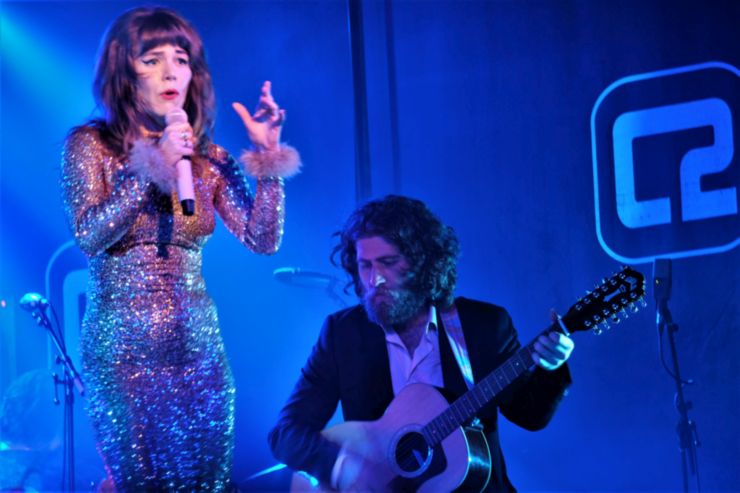 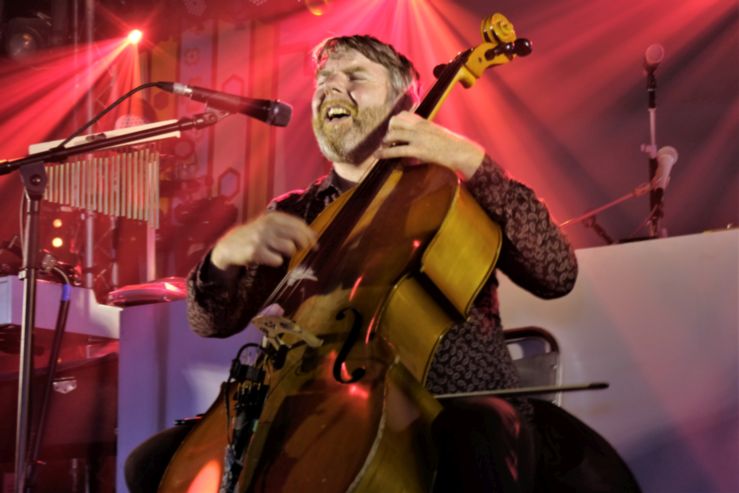 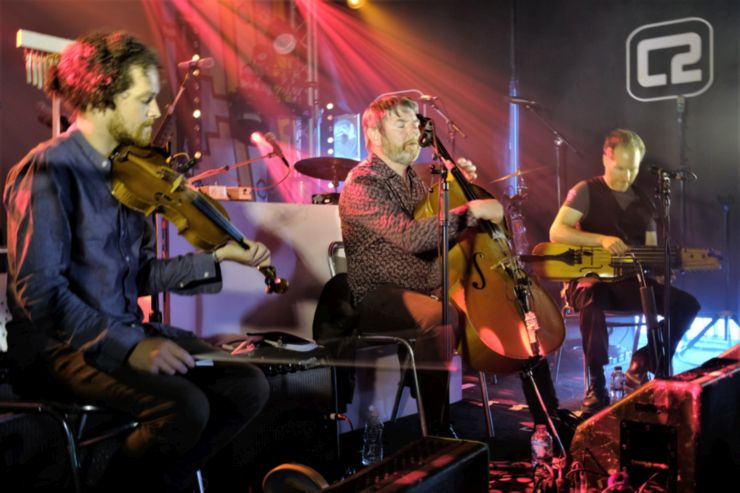 The casual observer could be forgiven for anticipating a demure performance from Jenny Lewis during the opening moments tonight. The Las Vegas-born singer-songwriter begins barely visible, largely hidden by the centre-stage piano she plays. Her voice, so often haunting when she incurs into delicate, folkish country, resounds with the macabre now.

Few could launch with as emotionally-charged an opening statement as ‘Heads Gonna Roll’, which runs the gamut from forlornly sparked cigarettes to racing around with “a narcoleptic poet” in a Porsche, indulges in a little macabre nihilism, then ends on the joys of casual sex. ‘Wasted Youth’, with its bourbon-drinking solemnity, is no lighter in its subject matters, but when Lewis steps forward, dazzlingly glitzy sequinned dress draping, there’s already an inkling that she has more than one act in store.

Her collaborators constantly catch the eye and ear. At least two members of Lewis’s gifted seven-piece backing band are producing a feat of endurance by wearing suit jackets in a sweatbox where even the most lightly-clothed are wheezing – a level of exertion that perhaps does more than any of their showmanship in underlining their commitment to style. They provide rock guitar lines, jazz-funk lilts and deep grooves, some of which come from Lewis’s new, acclaimed fourth album, ‘On The Line’, which counts Beck among its co-producers. Bittersweet rumination is a theme of the record, made after Lewis split up with her partner of 12 years, leaving California for New York to stay with St Vincent’s Annie Clark, who seems like the best kind of confidante to have in times of personal upheaval.

The resulting heartbreak and sense of loss is, at times, painfully evident. ‘Just One Of The Guys’, performed after the lustful ‘Red Bull & Hennessy’, sounds sharpest when Lewis tenderly sings of being “the only sister to my sorrow”, and as much as she strikes a steely presence, the more shattering moments on the record are equally evident played live. ‘Born Secular’, a highlight of 2006’s ‘Rabbit Fur Coat’, becomes a slowly escalating piece of catchy gospel during a mid-section where the tempo rapidly increases, before dropping back down for ‘Dogwood’, which has all of the ghostliness you might expect from an artist who sells her own branded tarot cards.

Occasionally, it feels like Lewis has her sights set a little too firmly on the spectre of Dusty Springfield, with a slickness that contrasts noticeably with her formative indie years in Rilo Kiley. Her storytelling, though, would cut through even bereft of the accompanying visual style. Her confessional, biting lyrics speak of what lies beneath – as piercing as the bright lights that zip over the enormous blue and white balloons festooning the hall by the end.