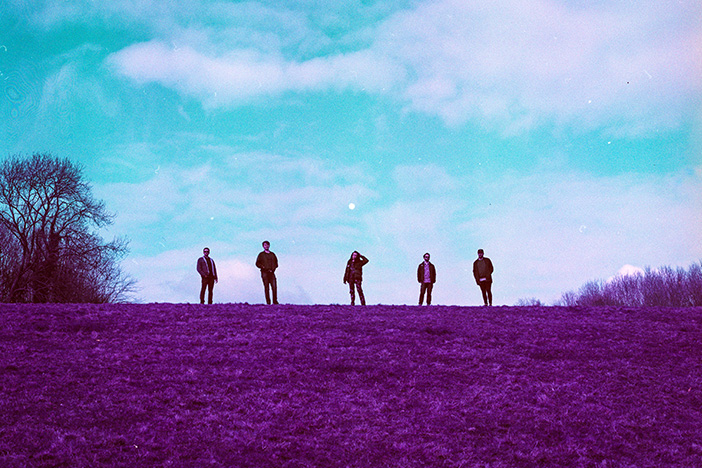 The clocks have gone forward, so it’s time to dust off your shoes and get down to some gigs this month. April’s round-up of new Brighton music includes releases from Gloo, Hanz Rollo, Kudu Blue, The Big Slur, Mindofalion, Safe To Swim, Jack Cade, Fax From The Future, Saffa Ghorishi, Thee Greater Good, The Island Club, Dog In The Snow, Lu’Ami and HomeBound.

Giving less fucks than an army of moshers, it’s Gloo with their new single ‘How Hard’. It’s less of a question, and more of a statement from these guys, who proudly handle everything themselves, from promotion to management. They will be playing The Alternative Great Escape in May.

Hanz Rollo may have the coolest band name in this month’s locally sourced feature, but they also have a rocking sound too. Citing inspiration from the likes of Queens Of The Stone Age and At The Drive In, this four-piece have just released their ‘Resurrection’ EP.

Kudu Blue (pictured above) return with the ever-so-sensual ‘Vicinity’. Once again, the Brighton/Birmingham band are offering us a modern pop anthem which has been intricately layered over 90s trip-hop beats, with great production (probably from the time spent on all of their remixes).

Garage band, The Big Slur, are a Brighton-based four-piece who write sultry songs with an uplifting beat. Upon immediate listen, we are taken back to the Pete Doherty days. Their EP is out now.

Sounds of a serious nature now from Mindofalion, who have been strongly influenced following travels to India, where the two brothers were faced with the image of natural beauty juxtaposed with poverty and inequality. The ‘Origin’ EP launch is happening at The Hope & Ruin on Saturday 16th April.

Heavy pop band Safe To Swim are set to release their EP on Friday 8th April. Mixing it up a little, ‘Stop’ is a bass-heavy number with loving snippets of psychedelic synths and grunged-up vocals.

Americana artist, Jack Cade, will shortly be releasing his album, ‘Dead Man’s Shoes’. Influenced by Westerns, the surly Cade writes songs about love and loss. The album launch is being held at The Verdict on Thursday 7th April.

Fax From The Future describe themselves as “geek-a-billy spock rock, greasy blues-pop soundtrack to the zombie apocalypse”. It’s an accurate description, as their music is full of sporadic, jazzed-up guitar riffs and quirky lyrics. Their EP ‘Hunter Of Comets’ is out now.

Saffa Ghorishi is an emerging producer and DJ from Brighton. He has enlisted PiNTADA on his new endeavour called ‘No Hate, Let Go’; a glitchy trap track with waves upon waves of lush electronica.

Sobering themselves up before they make it big, The Island Club announce a headline show at The Prince Albert on Friday 14th April (arranged by One Inch Badge). ‘Sober’ invigorates memories of slow dancing with your holiday crush.

Dog in the Snow
‘In Reverie, In Real Life’ (Friendly Dinner)

Dog In The Snow is the moniker of Brighton based Helen Ganya Brown, accompanied by friend, musician and visual artist Eva Bowan. Their music is experimental to say the least; working with existential-driven lyrics and layers of off-kilter sounds to create a peripatetic musical landscape.

Sending a hugely positive message, meet Lu’Ami; an experimental electronic soul musician who writes songs using unusual vocal sounds, percussion and synth. ‘Better’ is the first single off her EP, which is being launched in St Georges Church, Kemptown on Saturday 23rd April at a sustainable fashion show aimed at raising awareness of climate change.

Alfie Jukes (vocals) and George Cooper (guitar) are both 13. Coupled with the emotional maturity of one 26 year old (let alone two 13 year olds!), HomeBound have only been together for about six months. ‘Solo’ is a heartbreakingly beautiful track, which is available on iTunes and Spotify.