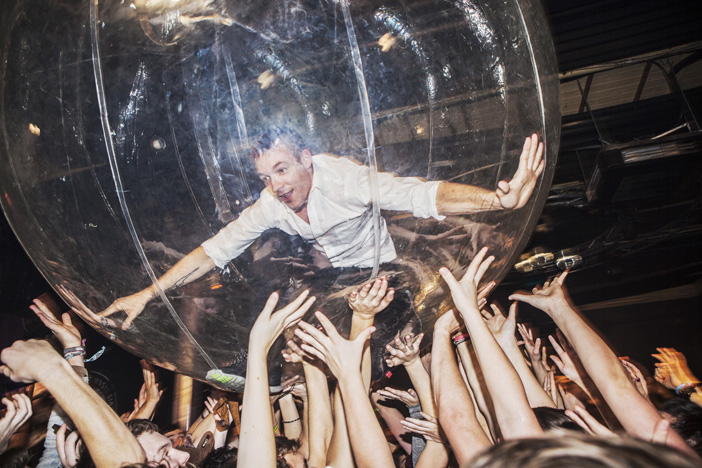 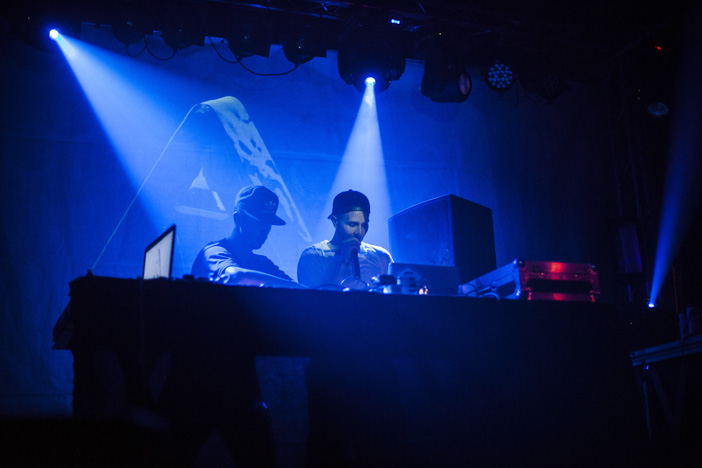 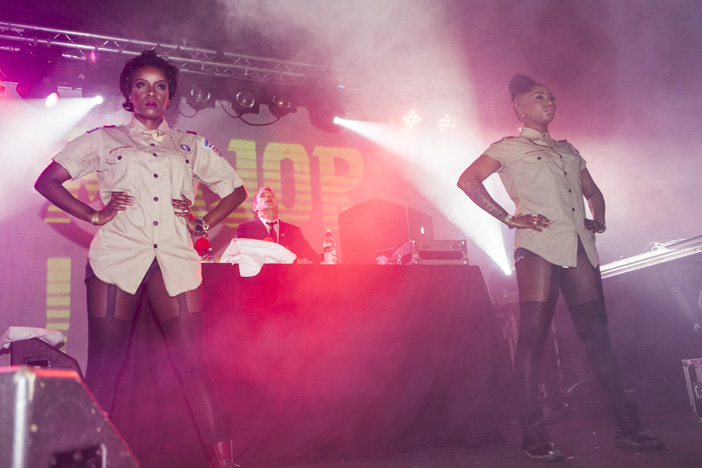 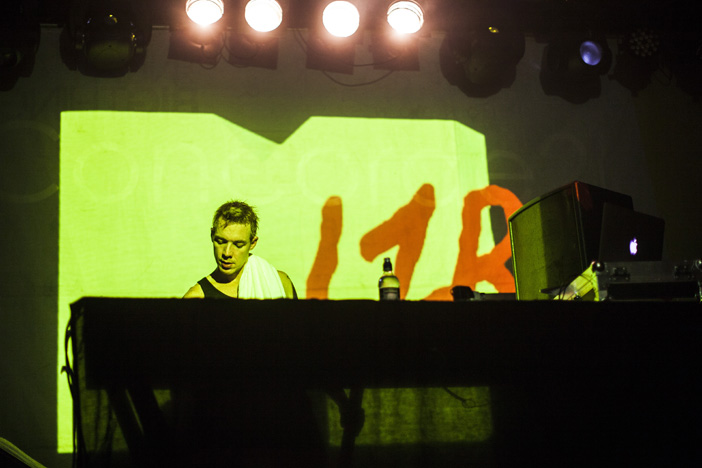 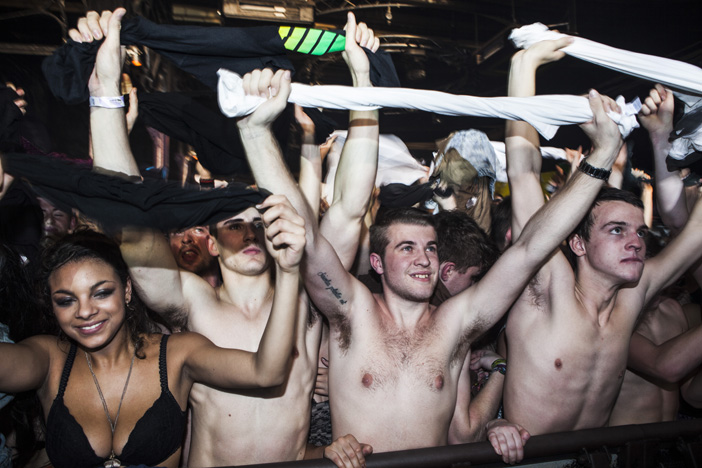 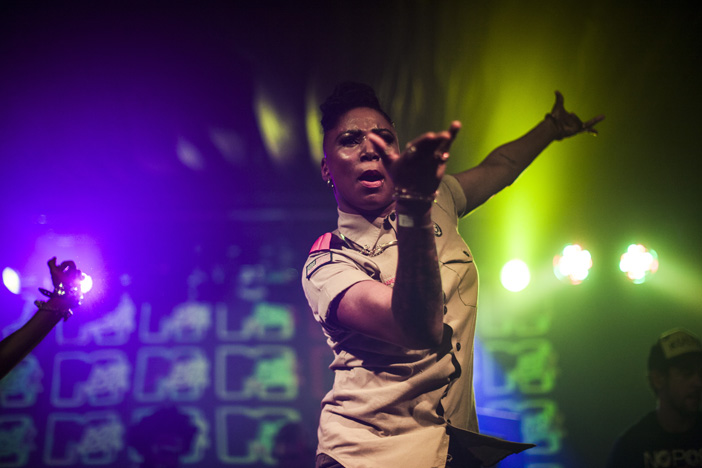 A night originally planned for Eastbourne but switched to Brighton, that cost £17.50 on a Thursday and started at 11pm, brought out a curious mix of people – mainly students who hadn’t eaten into their loans yet and those who cared little about turning up at work bleary-eyed the next day.

Major Lazer were due to play at The Winter Gardens but it was switched (possibly due to slow ticket sales) to Concorde2. As Echo And The Bunnymen front-man, Ian McCulloch, was on in a separate gig until 10pm, the venue was emptied and there was a slow trickle of people gradually filling the place after 11pm.

With the switch in venue came a slight change in line-up: gone was reggae/dancehall veteran DJ David Rodigan, replaced with locals Dagger Soundsytem, but keeping a similar vibe to the night as, although Rodigan’s juniors by several years, they still proved loyal to his Jamaican influences.

Despite the new wave twist, Dagger Soundsystem gave more than a nod to their predecessors, with a strong old-school element mixed with modern influences – even Bob Marley’s ‘One Love’ made a well-received appearance.

For some reason the duo conducted their entire set from the side of the stage, making them all but invisible to many, except those in the front bar observing on the big screen that slightly resembled a strange, enlarged CCTV image. By the time Flosstradamus came on the main hall had filled up a bit more, and with them came a noticeable change of pace.

The Chicago based duo (J2K and Autobot) had a much harder, bassier sound with elements of dub, house and trip hop, with soul inflections (i.e. a Whitney Houston vocal sample dropped in every now and then). Their energetic stage presence and light show managed to work the crowd into the kind of excitable frenzy rarely seen outside of a McDonald’s play area.

Major Lazer taking to the stage was the tipping point – the crowd was in the palm of their hands. Without a big screen there was no sign of the cartoon zombie-slaying Jamaican soldier often visible at their gigs, the special effects were reduced to a large inflatable yellow ‘M’ and green ‘L’ to the left of the room that looked as though they had been stolen from a fairground or kids’ party.

There was, however, Walshy Fire who replaced Switch in the line-up about a year ago and Jillionaire – general MC and such. There was also a woman dressed as a sort of ancient Egyptian mummy who wafted around the stage making everyone in the crowd take their tops off and brandish them in the air.

This was followed by a pause in proceedings for a bizarre cabaret-type act, involving a lady doing a handstand. It was hard to make out what was actually going on unless right at the front, so for much of the audience it would have just appeared to be a pair of fishnet-clad legs poking into the air.

As the set went on, the bass got heavier and from certain positions in the venue there was an almost nauseating vibration through the uneven floor. Major Lazer’s own brand of dub, moombahton and reggae dancehall was lapped up as the infectiously melodic ‘Get Free’, ‘Pon de Floor’ (familiar to many as a sample in Beyonce’s ‘Run The World [Girls]’) and remixes of ‘Bonfire’ and ‘N****s In Paris’ produced a flowing, frenetic tapestry of interwoven influences.

But all these different textures didn’t once jar. Instead the whole set moved seamlessly from hard dubstep to more mellow, almost house beats. The set began with a vocoded sample of a baby crying, maybe as some sort of pastiche, and later included clips of Snoop Lion (formerly Dogg).

At one point Diplo even got in a Zorb and bounced over the shirtless audience in a kind of sanitised, futurist crowd-surf. This was audience participation, whether we wanted it or not. After all it kept a physical barrier between him and the unwashed masses – there was no chance of anyone swiping his lovely Blackberry or his wallet filled by all those TV ads.