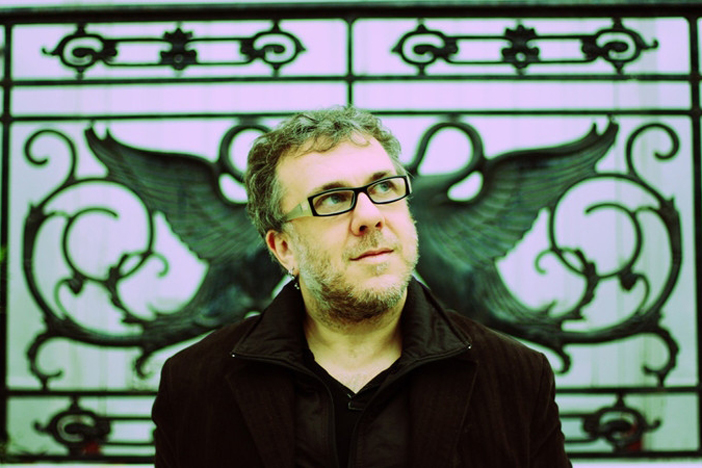 Throughout the 80s and into the 90s, Robin Guthrie was one of the most influential figures in independent music. Along with Elizabeth Fraser’s unique, bordering-on-nonsensical vocals, Guthrie’s multi-layered and gossamer-light guitar work shaped the sound first of his group Cocteau Twins, then of many of their 4AD labelmates and later countless shoegaze, dreampop and electronic artists.

Tour support is the affable Mark Gardener, former frontman of Thames Valley shoegazers Ride. Performing solo, but promising full band shows in the near future, Gardener has a clutch of new songs and tracks from his solo debut ‘These Beautiful Ghosts’ to deliver, including material he’s working on with Guthrie (although the first fruits of these sessions, ‘The Places We Go’, is played alone tonight). The immediacy of Gardener’s songwriting is often reduced by the frictionless wash of his phased 12-string acoustic, but some loop work and triggered samples add texture and a couple of early Ride songs (‘Polar Bear’ and ‘Vapour Trail’) make a welcome appearance.

Guthrie claims on his website that he didn’t know he had an actual ‘Robin Guthrie Trio’ until he saw the tour info, but it’s a fair credit to Aussie bassist Steve Wheeler and Finnish drummer Antti Mäkinen, whose watchful interplay with their leader fleshes out the music admirably. The heavily bearded Guthrie smiles muttered thanks to the audience in between concentrated cloudbursts of heavenly guitar filigree, laptop and pedal treatments, each more breathtaking than the last.

Mäkinen and Wheeler depart at the close as Guthrie, lost in reverie behind his bottle green guitar, pulls ghosts and angels from the air. We’re all slightly stunned, although there’s still time for a quick encore with Mark Gardener on ‘Dice’ before one last piece of gorgeous trio alchemy.

Later, a cantankerous Guthrie takes to the internet to vent some frustrations with this current tour, but pay no attention to that man behind the curtain. On stage he still conjures magic.