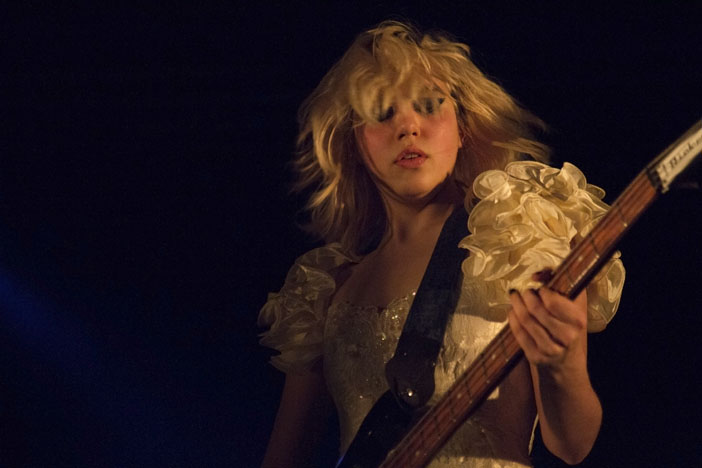 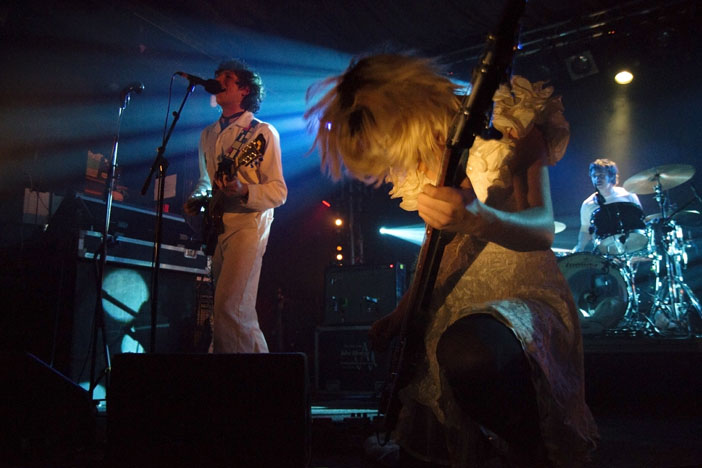 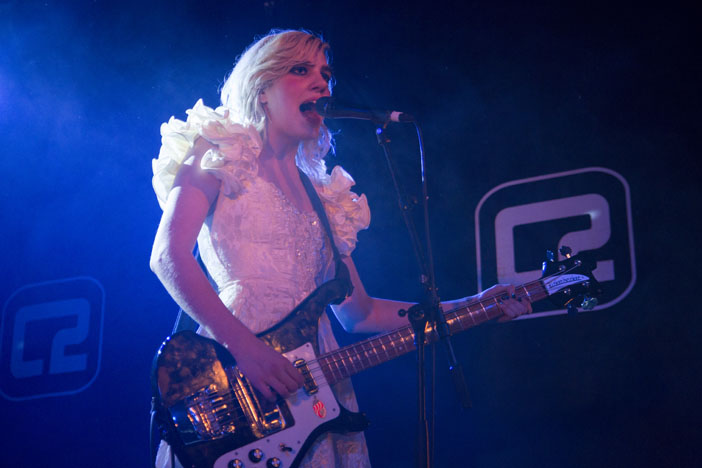 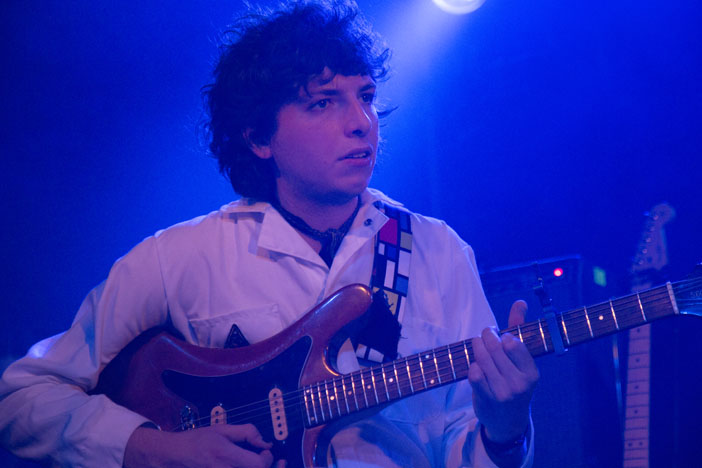 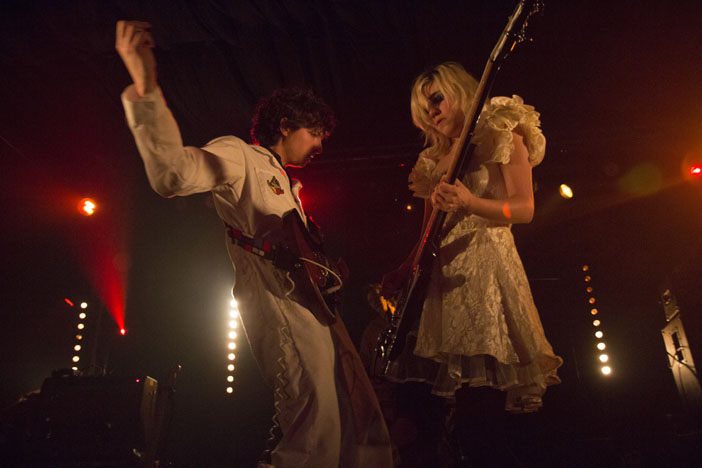 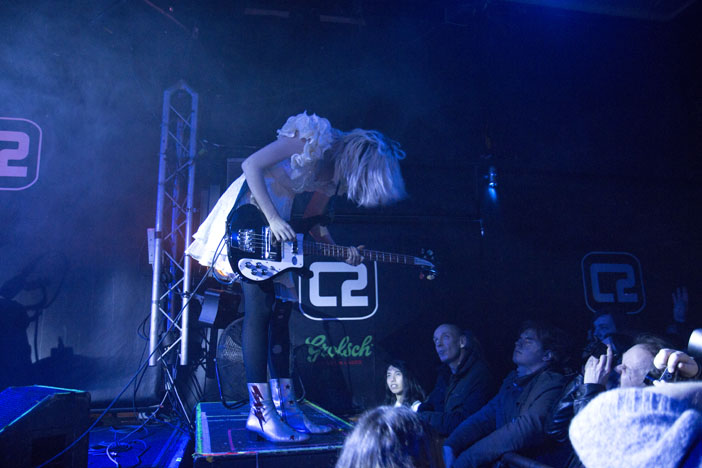 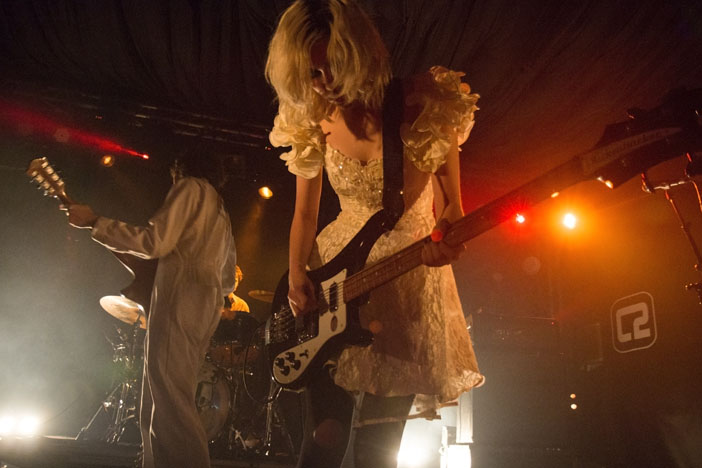 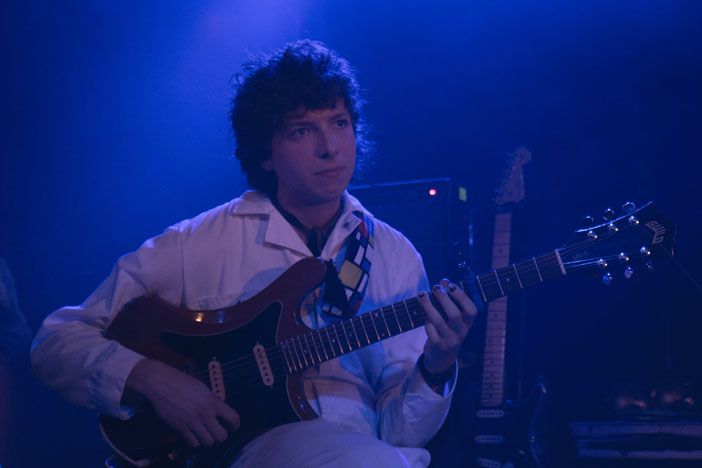 An introduction to the upbeat side of New York is what Sunflower Bean had in store for us down on Brighton seafront, as they showcased their new album ‘Twentytwo In Blue’ with all the verve and positivity that’s sometimes lacking on this side of the pond. The band instantly injected the room with positive energy and went on to prove that they could be just as entertaining visually as they are musically. 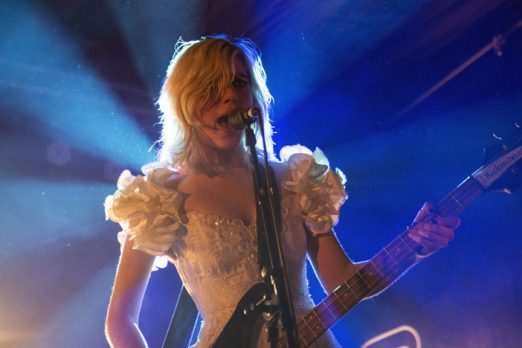 In what proved to be a thoroughly entertaining night, Julia showed off her extraordinary vocal talent, never once losing the tune. Even when her singing transitioned into a gravelly scream there was always a strong melodic undertow keeping it in check. Her mesmeric voice intertwined with the combination of jangly Smiths-esque guitar sounds and riffs that might have warped out of a time machine, straight from the heyday of classic rock and post-punk. Meanwhile, some cool basslines laid the foundation to give a certain edginess to their sound, which prevailed on their grungier tunes. 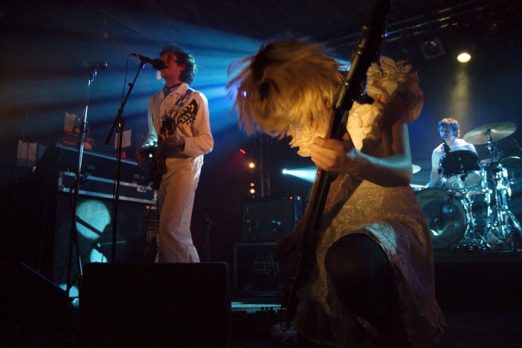 There was a blend of musical influences on display as the band flitted between classic alternative rock (reminiscent of Siouxsie And The Banshees, The Cure and late 70s Stones) to more grungy tracks that drew on the sound of early 90s bands such as Nirvana and Spiritualized. The transition between the two styles worked perfectly, as Sunflower Bean really made the sound their own. 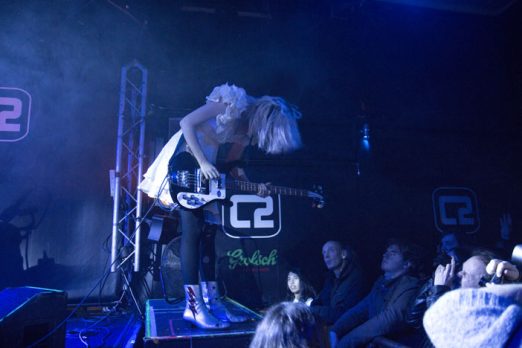 The high-energy stuff eventually gave way to gentle acoustic rock as Julia, still clad in wedding gear, asked the crowd “who wants to get married?” before performing a truly beautiful version of Neil Young’s ‘Harvest Moon’. The band ended on a peacefully sweet tone, yet it seemed an unnatural close to such a captivating gig. But sure enough, the band returned for an encore, opting to burn out rather than fade away, and ended in a suitably energetic fashion. 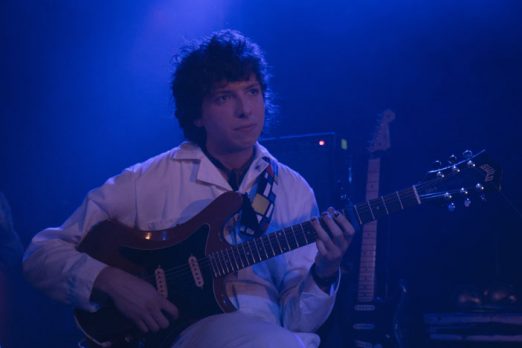 That such a young band can deliver this kind of accomplished and confident performance means it can only be a matter of time before they are headlining festivals and filling much bigger venues. They certainly managed to please the packed out Concorde 2 with ease, and it’s hard to see anything other than a bright future for blossoming Sunflower Bean.