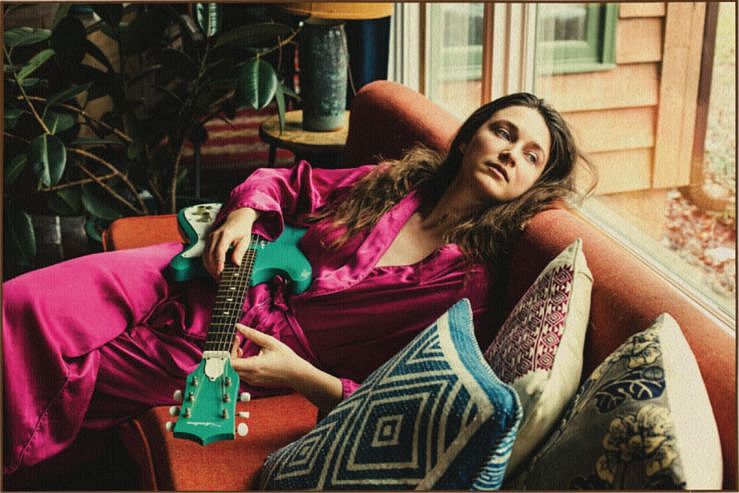 Molly Sarlé, one third of the band Mountain Man, begins a European tour at the Green Door Store this Friday, a warm up for her End of The Road festival slot, to launch her first solo album ‘Karaoke Angel’, due for release next month.

Sarlé originates from North Carolia and wrote these songs over three years living in a trailer in Big Sur, California, returning east to record the album in Woodstock, in New York state. That classic West Coast take on some historic East Coast folk vibes is part of the mix, but mainly ‘Karaoke Angel’ is a very good pop-folk album, bathed in Americana but with a lush sound, with chiming guitars and warm reverby vocals. The lyrics take on topics as tough as addiction and suicide, but there’s love and humour, and the lovely ‘Suddenly’ is said to be a song about post-coital grilled cheese.

Listen to album opener ‘Human’ below, not a cover of the Rag‘n’Bone Man tune of the same title but another lovely song.

Jon Southcoasting photographs all sorts, including music, writes about things, as often as not musical, and sometimes plays his own songs too. He lives in Brighton.
← PREVIOUS POST
Skatepark Romeo and Juliet Review
NEXT POST →
Can You Save Brighton From Bioterrorists?