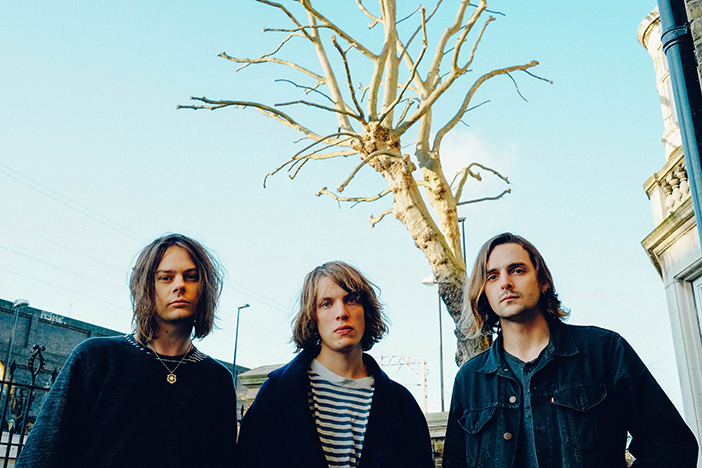 “I wanted to make something that had no parameters for anything: for lyrics, for any kind of set structure, or for any commercial thing,” Oli Burslem told DIY in March.

The Yak frontman wasn’t kidding. Their debut album ‘Alas Salvation’ is a stroll through Arkham Asylum with Fun House playing over the tannoy. “No parameters” doesn’t do the record justice – it’s completely unhinged.

These far reaching influences give the London trio a shapeshifting quality that makes them feel familiar one second and unique the next. ‘Harbour The Feeling’ snakes between Black Rebel Motor Cycle Club and the Sex Pistols in glorious ear-splitting fashion.

Yak also have a reputation for producing the goods live. They’ve recently finished a wild tour with fellow Schizophrenic amp-melters King Gizzard & the Lizard Wizard. The parameters of Patterns may need some reinforcing.

‘Alas Salvation’ is the debut of the year so far, make no mistake. DIY

Tickets are a meager £8.80 and are available instore at Resident and online at See.