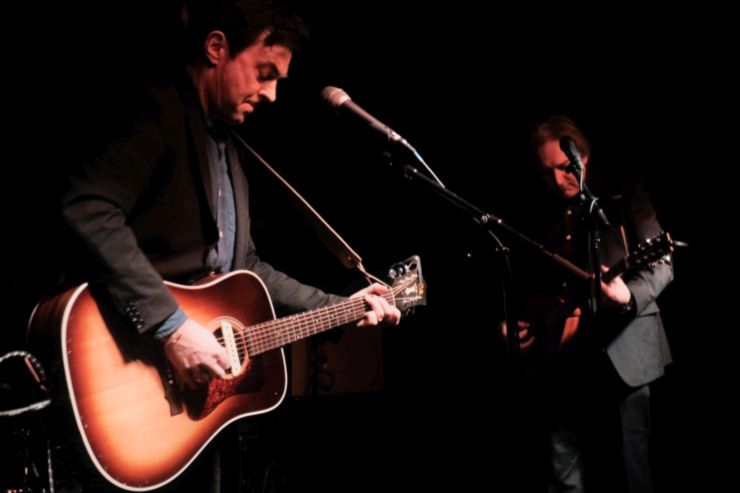 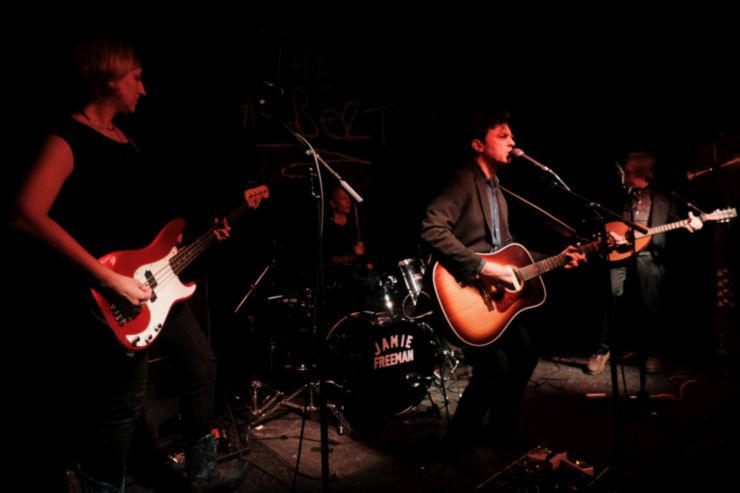 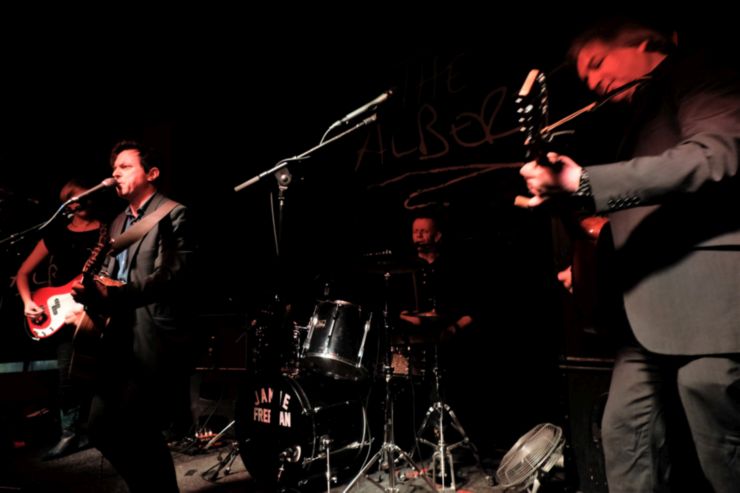 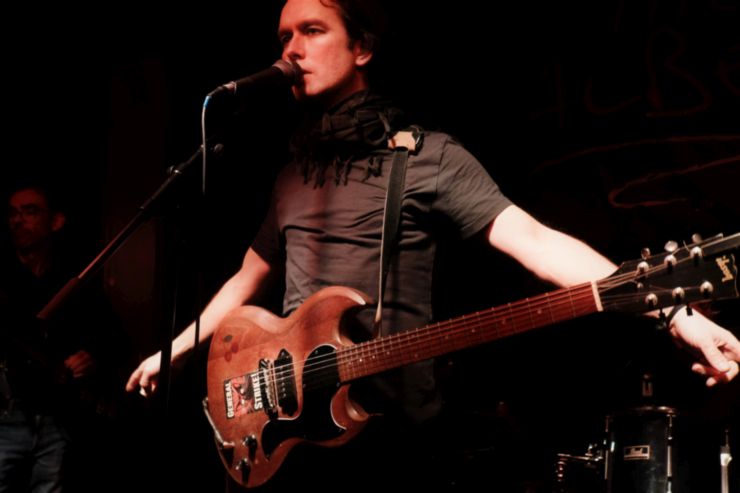 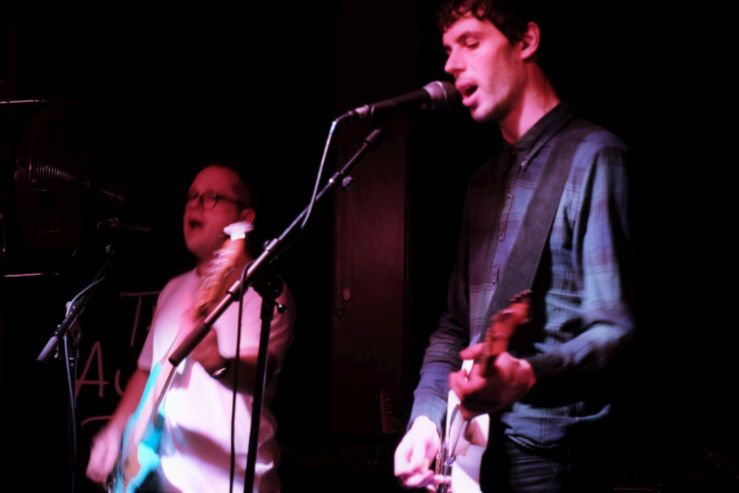 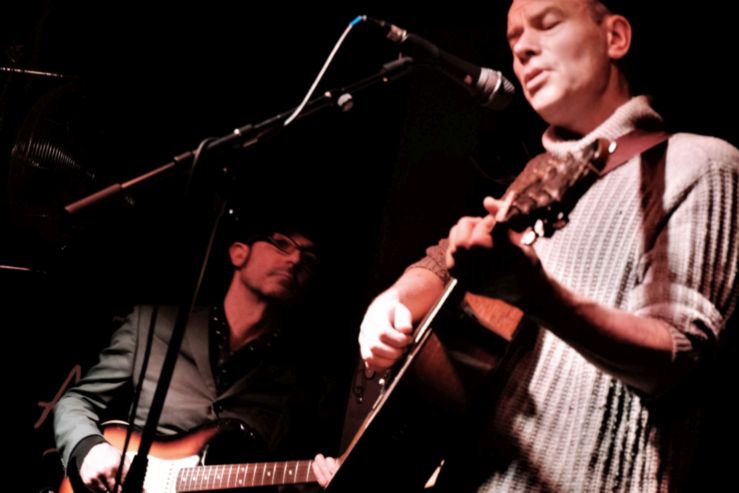 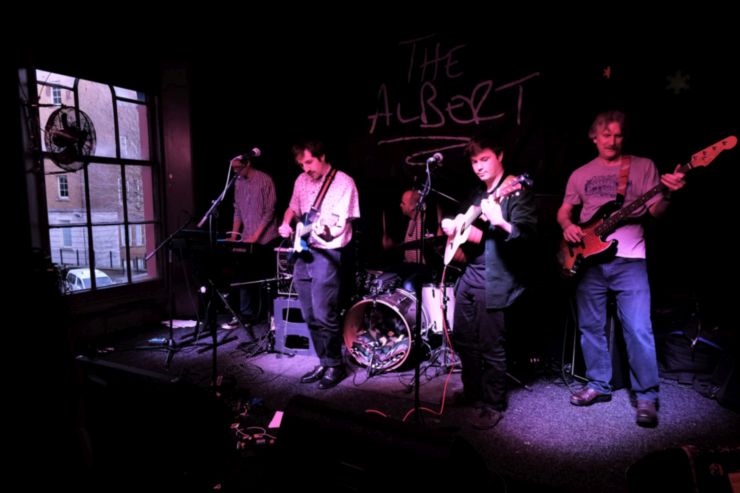 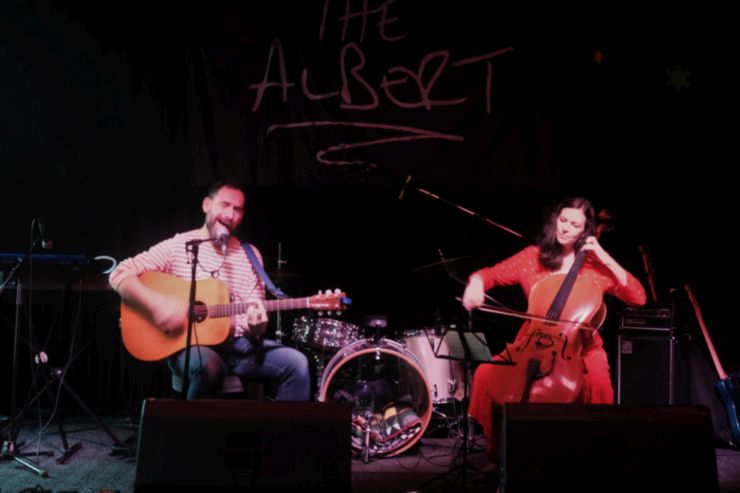 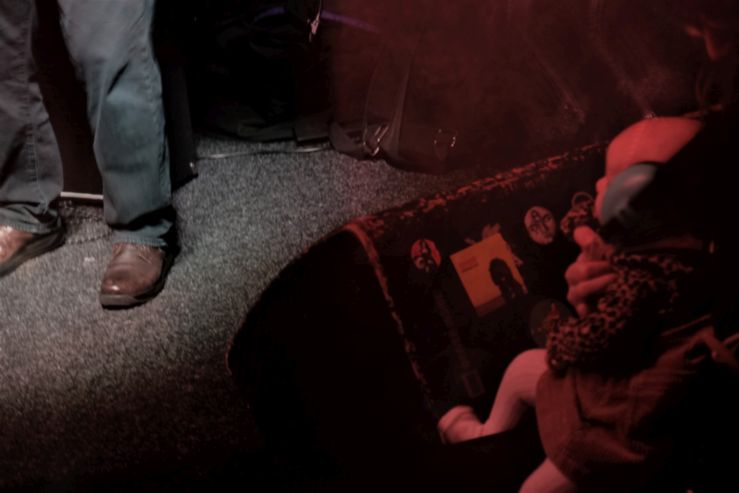 When two music fans want to celebrate their 20 years living in and going to gigs in Brighton, what better way to do it than to arrange your own celebratory gig, featuring some of your favourite local bands from the last two decades. Such was the good stead in which Wendy and John are held that they managed to coax a number of their favourite bands out of retirement, and in doing so created a sold out all-day event at the Prince Albert.

The afternoon was billed as a ‘family friendly’ session, and the free entry for kids meant that they and their parents enjoyed a parade of great acts – singer-songwriter Tandy Hard, a two-piece version of the gentle emo-folk Twowheeler (playing together for the first time in many years) and then the awesome Hornblower Brothers band, with a warning that the kids might need their ear-plugs as the Hornblowers blasted through a lustrous set of half-a-dozen of their clever, witty indie-pop.

The evening session was where things really kicked off, with all four acts producing extrordinary performances that those present will remember for some time to come.

First up was Miles Heathfield and Andrew Claridge, half of the band The Clowwns, who performed songs by Miles’ previous band The Poppycocks. It is doubtful many in the audience had heard the band, but on the evidence of these songs (Bernard Hughes, Rubbish Man, Sleeping Alone, Climbing Trees) they came away wanting more. Playing under the name The Twwo, the duo ended their set with a cover of Leonard Cohen’s ‘Anthem’ (that song about the cracks letting the light get in) which they announced was a tribute to local music producer Cameron Devlin, who was a friend of the band and who had lost his life following an unprovoked street attack a few days before Xmas.

Next act Anagrams were a revelation. The band released a stunning album ‘We Form A Shelter’ in the early years of the last decade but said that they had not performed together for eight years. Not that the audience could tell, as they produed a tight set of excellent angular electrifying indie rock. including songs like ‘Lost in Space’, ‘So Stories Go’, ‘White Eagle’, ‘Fits and Starts’ and the astounding ‘1711’. You can still listen to the album here.

Mum Dad and the Kids are one of Brighton’s most devastating live bands but have never managed to capture the brilliance of their live sets on record. Life changes (not least their bassist’s stint on tour with Stereolab) have meant that the band haven’t really been a fully functioning entity for the last couple of years, but they were back together for this celebratory night and performed with a vigour and energy that one might not have expected from the single rehearsal they claimed to have slotted in. Lead singer Tim Harbridge said that he had lost his voice (“I had only on thing to do…”) but the audience soon forgot and it was hard to tell, enthralled by his passionate vocals and guitar-playing and the brilliance of tunes like ‘Marry Me’, ‘When in Rome’ (rhyming with “like Nina Simone”) and the stunning ‘Fired Up’, which features a taped clip of Barack Obama (“Let’s Go Change The World”) and some extrordinary lead guitar from Joe Moon. Final song ‘In Absentia’ was also dedicated to Cameron Devlin.

The last band on stage were the legendary Salter Cane, who had not played live for a year or two, and who in the absence of a regular drummer had to bring back their former sticks man Jamie Freeman who had not played with the band for half a decade. Salter Cane are known for their dark gothic folk-rock, captured on three albums over the last couple of decades, and on the basis of this performance they are still at the top of their game. Jamie Freeman was right to declare the brilliance of lead Caner Chris Askew’s songwriting, but the contribution of Jamie on drums and Jessica Spengler on bass were also excellent throughout. Part of Salter Cane’s distinctiveness comes from the extrordinary sounds created by Jeremy Keith on his electric baazouki, on which he was again outstanding. The obligatory encores saw Salter Cane perform two cover versions which have long peppered their live sets – Led Zeppelin’s Immigrant Song, and Joy Division’s Shadowplay – both of which were excellent.

All in all a perfect celebration of Brighton’s live music scene. John joked about planning the next one and asking the bands to put a date in their diaries for another 20 years ahead. On the basis of tonight, if the Rolling Stones can still sell out venues, we see no reason why Brighton’s finest could not do the same.