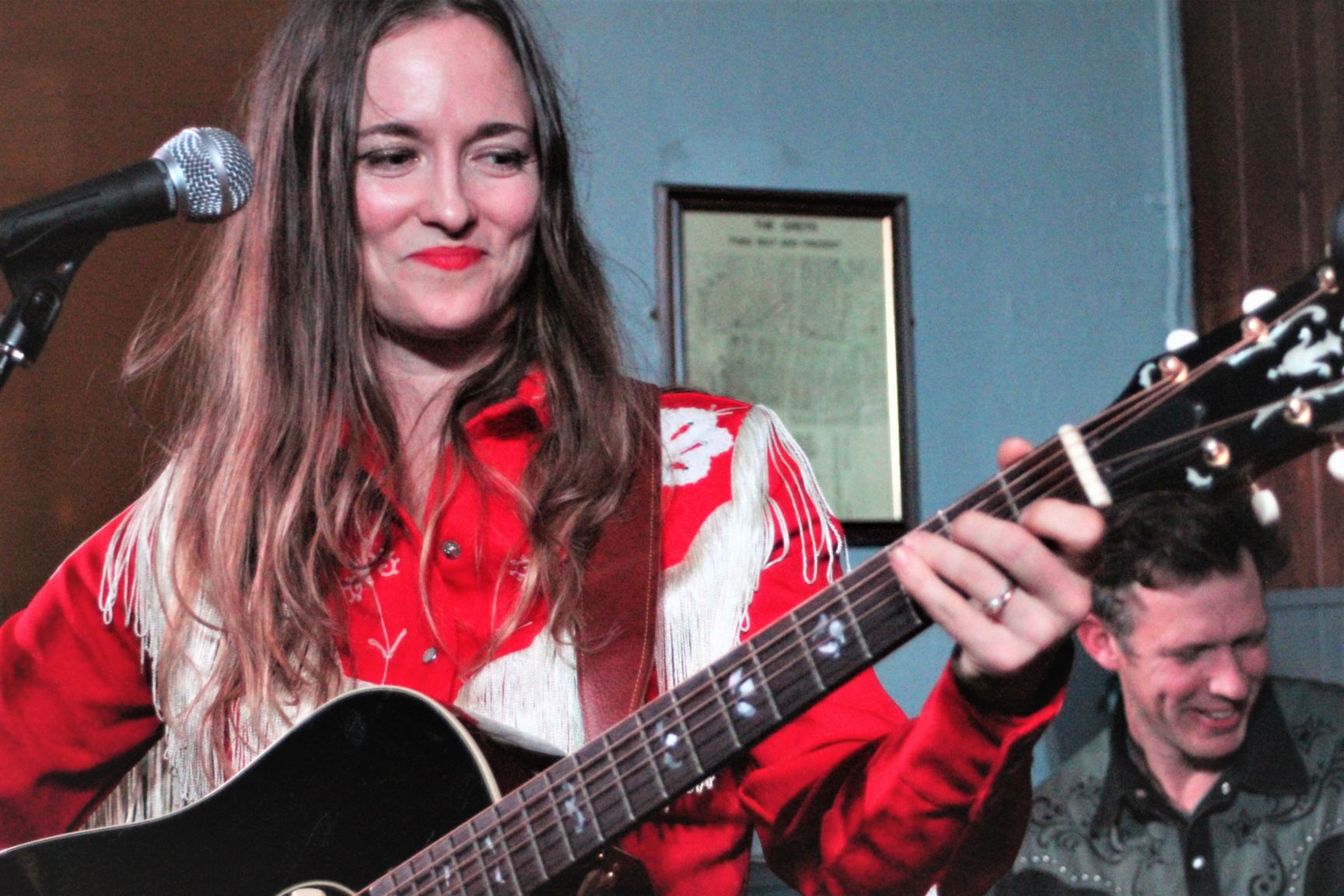 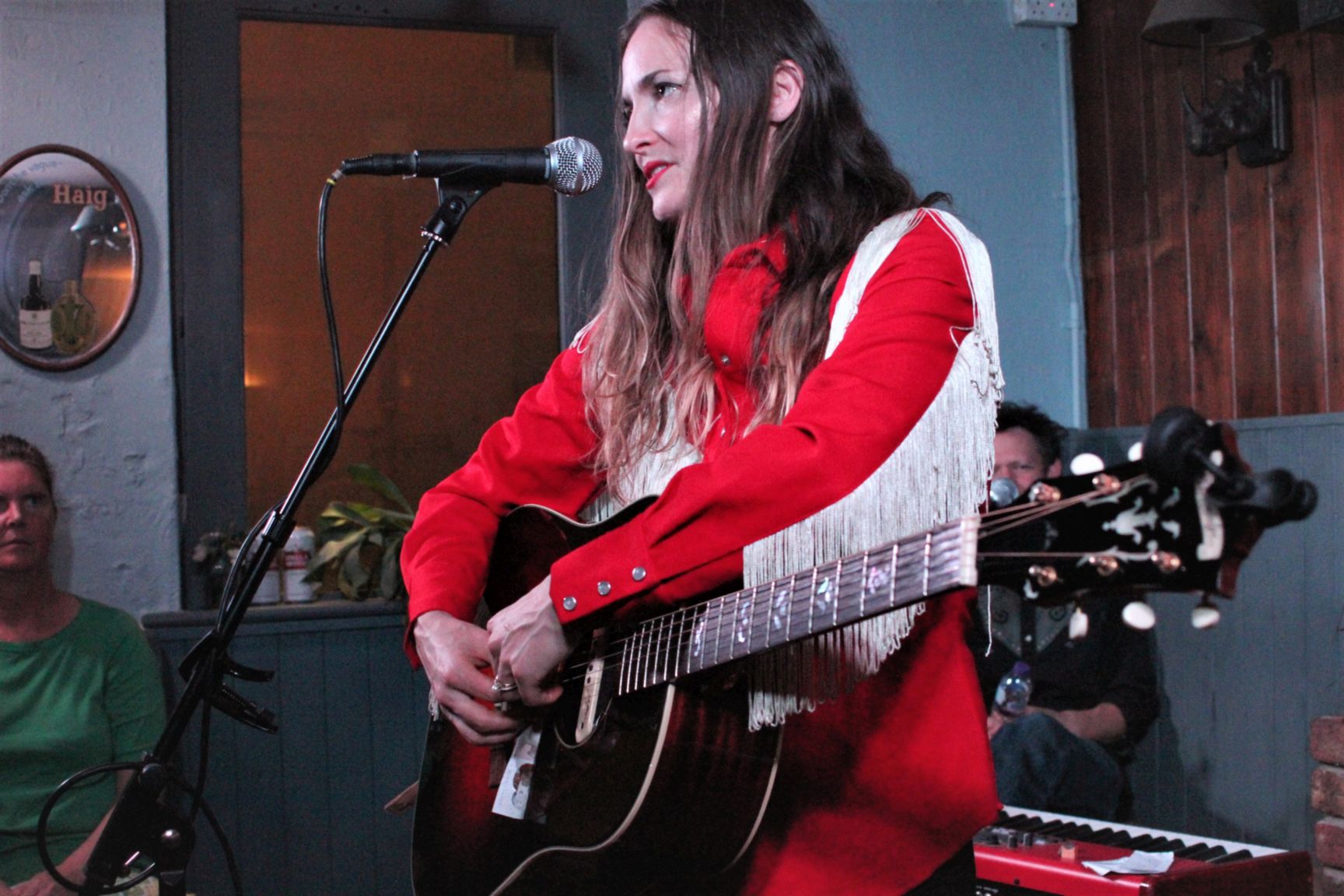 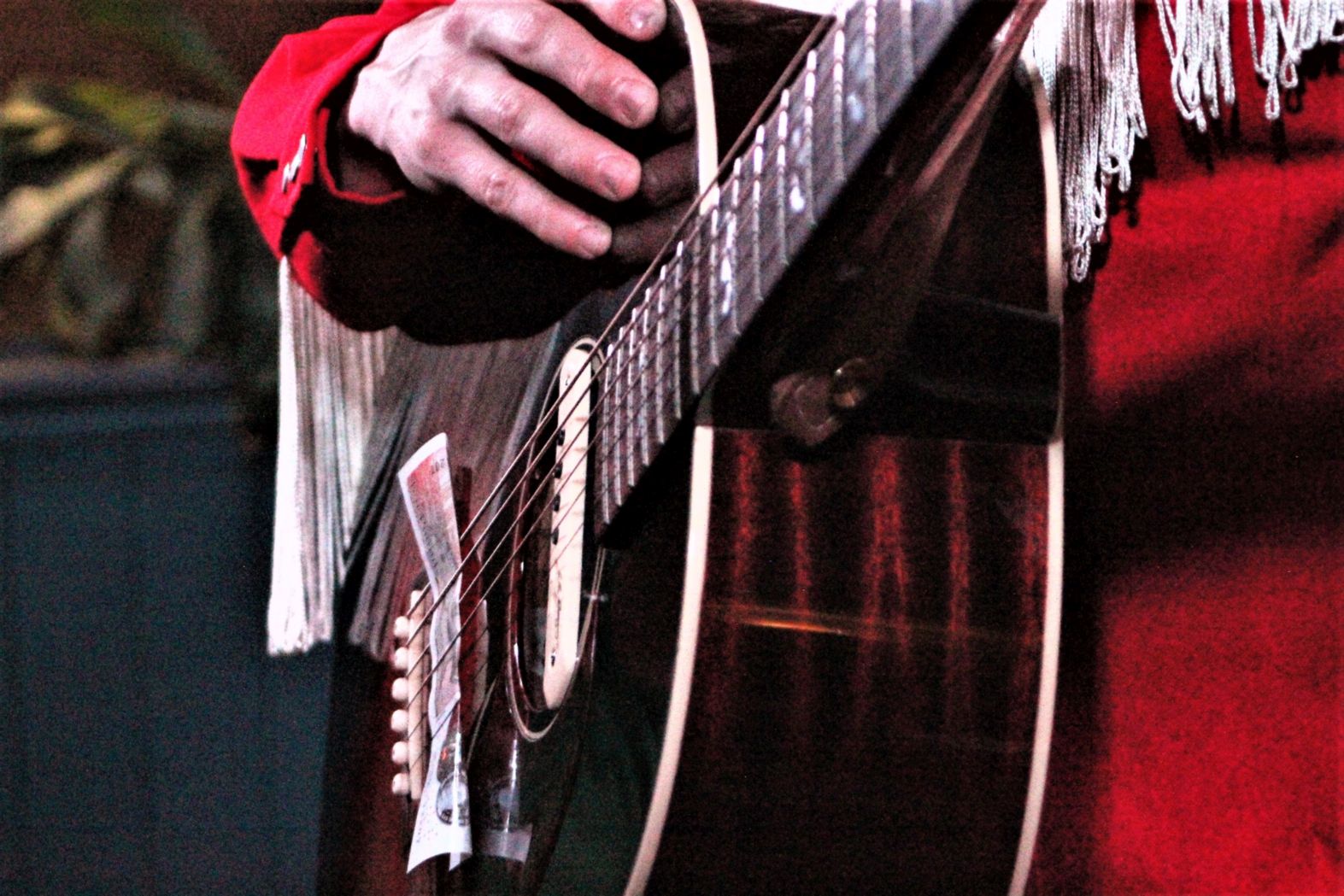 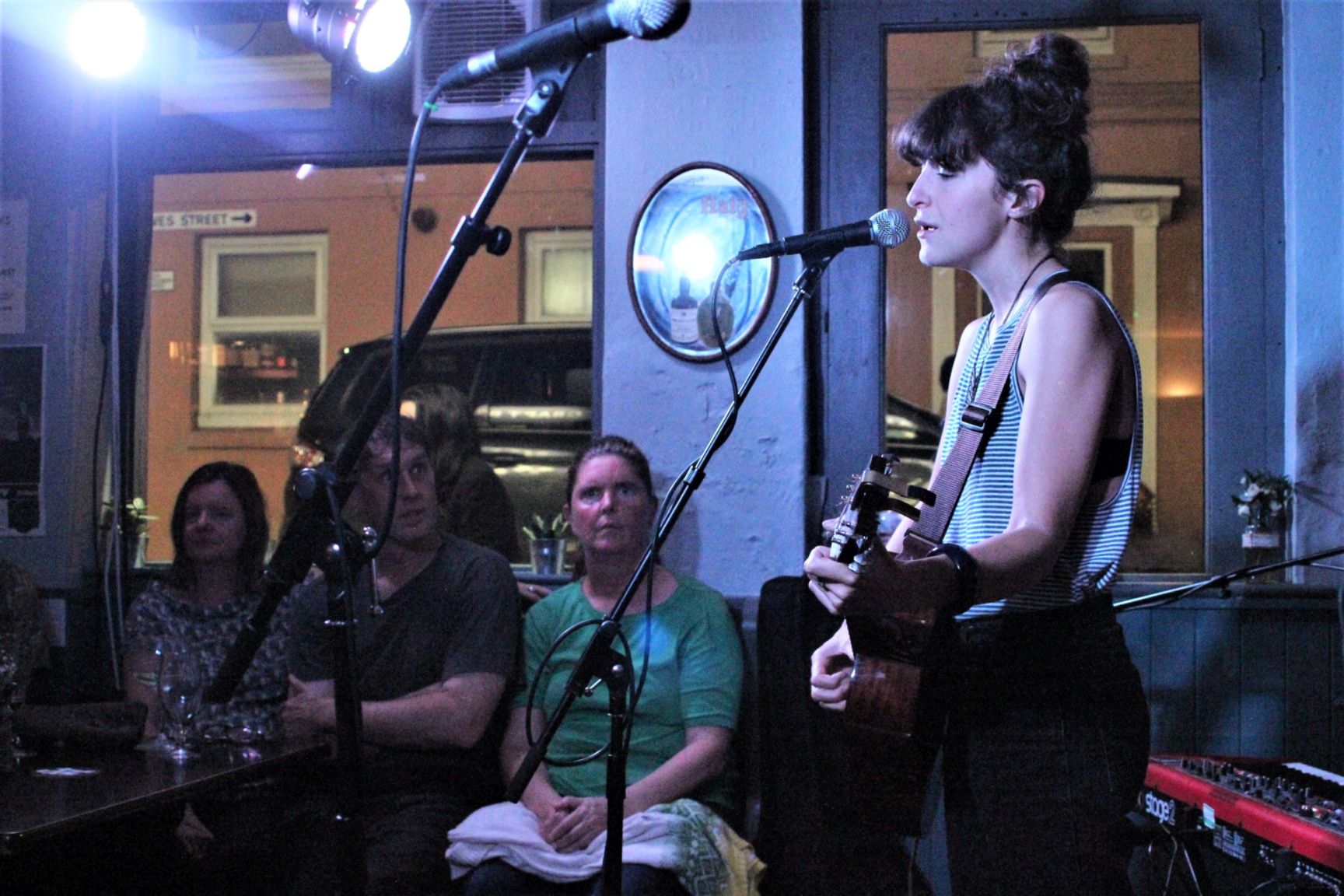 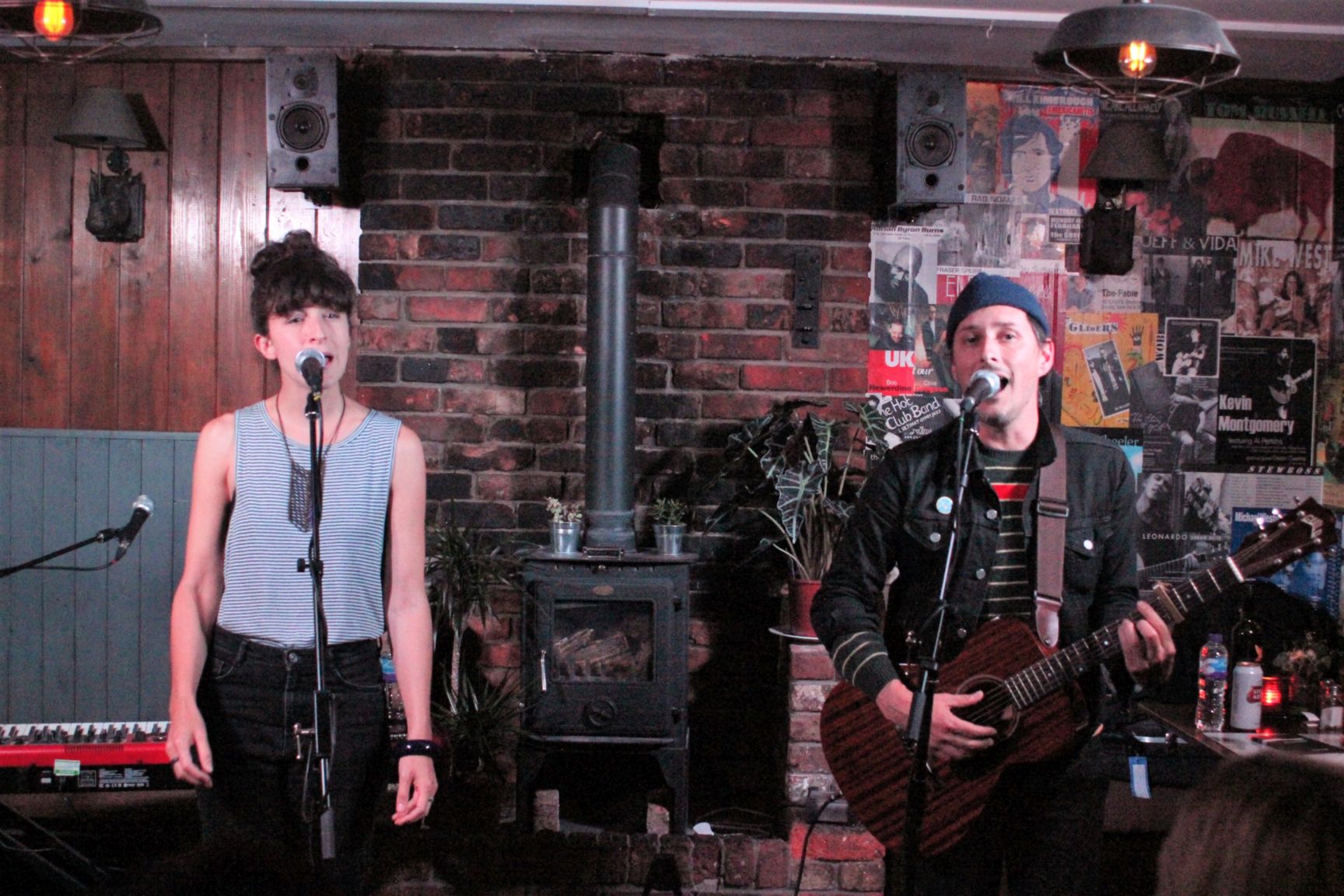 The Greys is a tiny pub in Brighton’s Hanover quarter with a long long history of putting on great gigs, often by well-known names who seem to relish the intimacy and intensity of a venue where the audience sits literally three feet in front of your face. This week was the turn of prolific singer-songwriter and now Nashville resident Dawn Landes, accompanied by partner Creighton Irons on keyboards.

Landes has released five full-length LPs, as well as collaborating with a variety of folk, including the likes of Justin Townes Earle, Will Oldham and Sufjan Stevens. Her songs have featured on a variety of well-known TV series. This Autumn she was promoting her latest release, the beautiful album of classic Americana ‘Meet Me At The River’ which is likely to feature on several end-of-year lists.

She began the set slightly nervously, but soon warmed to an adoring audience, and her beautiful unstrained vocals and easy guitar playing were well-supported by Irons’ sympathetic keys. Landes is a strong songwriter, well-evidenced in the new tunes which featured heavily in her set. The opening song, also the opener on the new album, is a good case in point, a warm intimate song about long-term friendship “I saw California sink a thousand silver moons, what’d you see? You saw a friend in me…”

Other highlights included the witty ‘Why They Name Whiskey After Men’, the upbeat ‘Keep On Moving’ (in praise of peace activists and protestors), and a stunning Jimmie Driftwood cover ‘What Is The Colour Of The Soul Of A Man’. Landes also gave a sublime performance of the title track from her previous album ‘Bluebird’. For her encore she showed her affection for Brighton by playing the song she wrote for the town, taken from her 2009 album ‘Sweet Heart Rodeo’ (video below). She then asked the audience in the packed venue to choose her final song, which turned out to be one of her earliest and still best-known tracks ‘Straight Lines’. It was a perfect ending to a beautiful set.

Support came from Lail Arad with JF Robitaille. Arad is based in London, although comes across a bit like a native New Yorker. She’s a charismatic singer-songwriter with an excellent second album ‘The Onion’ (her tribute to Leonard Cohen is a particular favourite in our house). Her set included newer songs written with Robitaille, such as their latest single ‘Heathrow’, alongside the “still relevant” (as she said) ‘The Day I Left You And We Left The EU’, and ‘Everyone Is Moving To Berlin’ from her debut album.